The theme of the 30th İstanbul Pride Week, for this year, has become clear: “Resistance!” 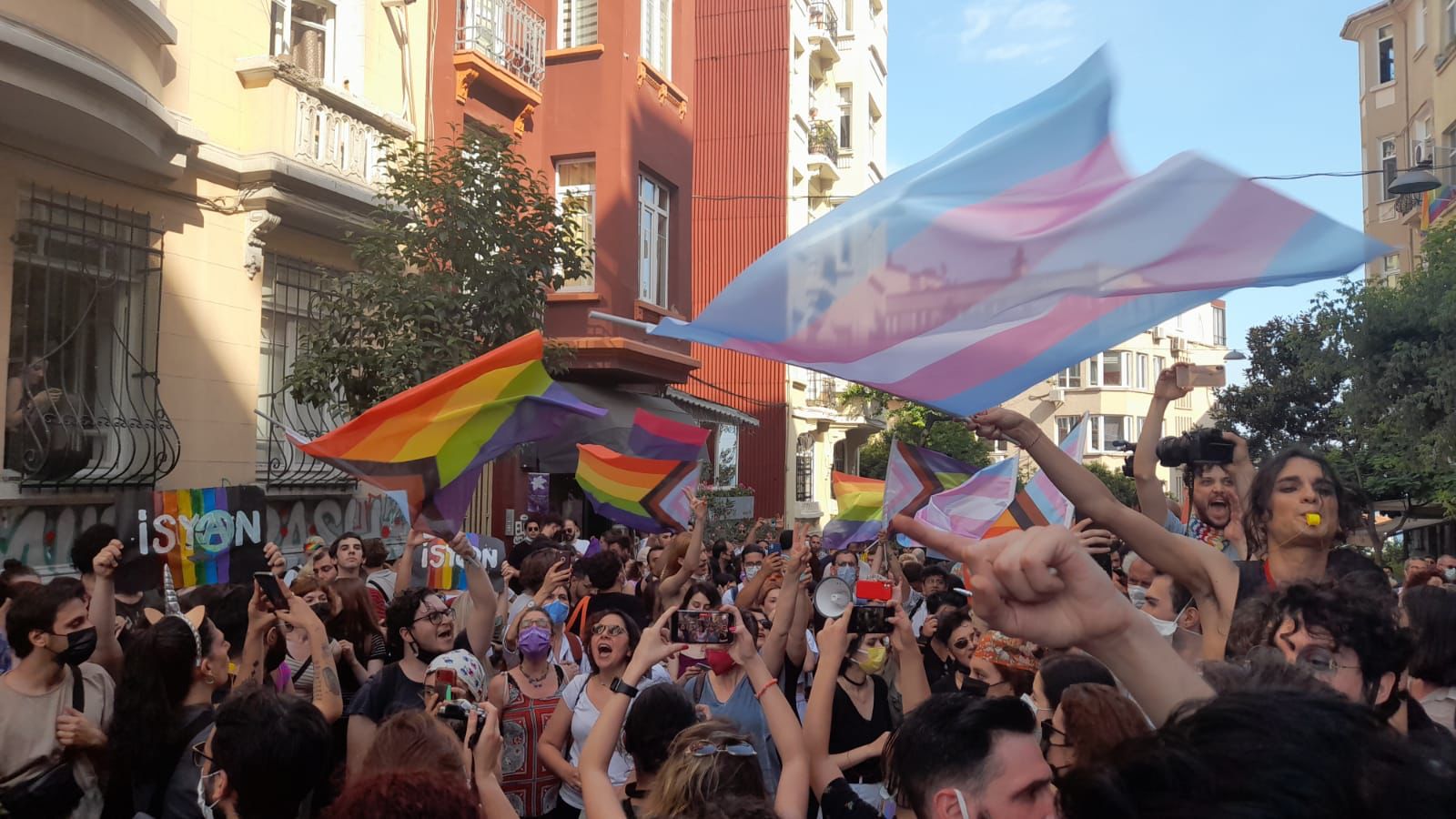 The theme of the 30th İstanbul LGBTI+ Pride Week has become clear. LGBTI+s are going to be in the streets and in the activities and everywhere else with the theme of “Resistance”.

30th İstanbul Pride Week Committee is waiting for to take your event suggestions for the Pride week, which is going to be conducted around the theme of “Resistance, here.

30th İstanbul LGBTI+ Pride Week committee announced the theme with the statement below:

“We remember our struggle which has been increasingly going on for years and once again we meet together around the theme of: Resistance!

We had said ‘Resistance’ all together in 2013 Pride Week, in harmony with the Taksim Gezi Park protests. Despite the intervening years we decided to say once again ‘Resistance’ against ever-mounting homophobia, transphobia, ace+phobia, bi+phobia and all kind of hostilities targeting our queerness, against patriarchal government policies, heterosexism and violence…

We never forget our overflow marches with thousands of people within years, exactly like remembering the resistance of trans sex workers, who struck a tinder for the movement by staging a hunger strike at the stairs of Gezi Park in 1987. This year, we recall all our resistance areas by saying ‘Resistance’ once again. Today, we salute all the insurgents who had been judged for Gezi Park and were given heavy imprisonments unlawfully, according to the rules considered appropriate by the government. Gezi cannot be judged!

Our activities have been banned and our marches have been prevented under color of various pretexts, since 2015. The government, which opened the door of violence by pulling Turkey out of İstanbul Convention in a night, is the main responsible of the violence we experience. The files suited against our friends, who were taken into custody in the 29th Pride March by the police force who produce violence, as it does every year, are going on. Pride Marche is being judged on the ground of our existence. We repeat: Pride March cannot be judged!

We are not equal, you are going to fair up!

Our resistance and struggle for equality is going on in every field from education to health, transportation to shelter. We clamor against all the challenges like the closure of BÜLGBTİ+ within the context of Boğaziçi resistance, the increasing difficulty in accessing hormones day by day, the problems experienced during mass transportation almost every day due to gendered cards, the difficulties experienced by trans who were displaced due to not being ‘acceptable’ or ‘proper’ ‘neighbors’ and who cannot find a house to live in. LGBTI+s, as usual, take place among the most disadvantaged groups because of the rising hormone and surgery prices in a rapidly deteriorating economy and ever-increasing exchange rates. Moreover, LGBTI+s have to struggle against labor exploitation and employment difficulties more than the rest of the society. We continue our struggle for our equal civil rights. We resist in all areas till the queers and trans become equal. We do not ask them for our rights, we want them!

We are not equal, you are going to fair up! We are going to make a world, which is equal for everyone, possible by resisting against discrimination and hatred!

We don’t leave it to time!”