"Sex workers, like everyone else, should be able to determine their own fate"

We talked about March 3, World Sex Workers Day under the shadow of the pandemic: Sex workers cannot be expected to decide between the risk of pandemic and the risk of starvation. Provide financial security to sex workers before attacking or targeting them. 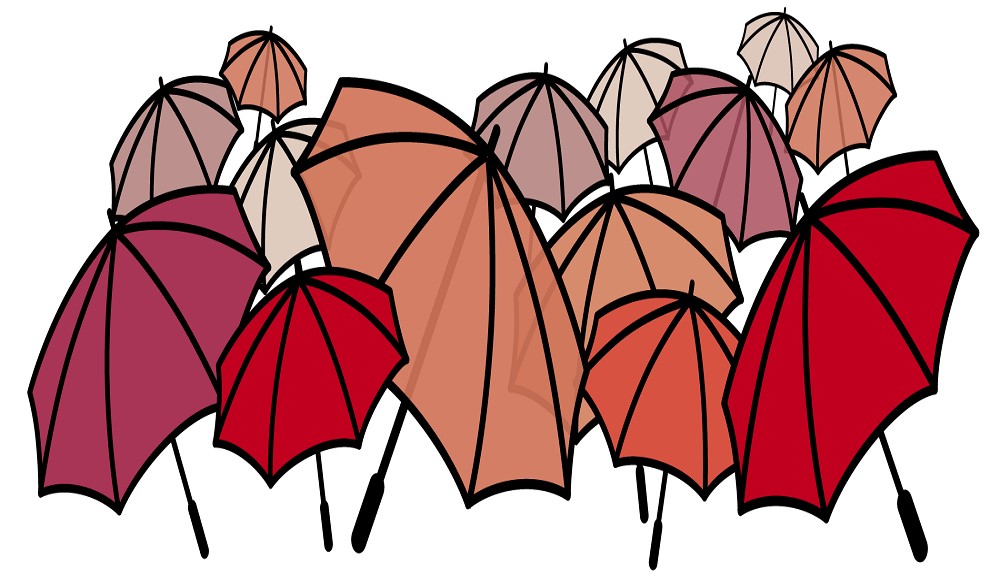 “Safe space, insurance and financial security… I want an assurance that would keep me alive when I get old and can't work anymore. Unfortunately, most of us sex workers are working to save the day or that month. We cannot foresee our next five years. Neither assurance, nor insurance nor anything for the future are offered by the state. ”

These sentences are the answer of Sude, who lives in Ankara, to our question of "What do you want in this life". Sude is a 22-year-old trans woman who lives and works in Ankara. Sude, whom we spoke for March 3, World Sex Workers Day, explains that she feels insecure and under threat during the pandemic. She explains the dilemma that sex workers face in the pandemic, saying, “If I work it's a problem, but if I don't then I face another”:

“From March 2020 to March 2021, nearly six months of mine passed without work. In the period when the first measures were taken, I could not physically work in any way. I tried to make a living by video chat. I went without work for another three months after the second bans. But now I have to work. Like other sex workers, I have been affected financially by this situation. I had to take out a loan for my debts. I could not achieve my goals. I'm trying to get my life back in order, but I'm struggling, I'm afraid. I am very worried if I too will become infected with corona one day. Having to work in the pandemic, not only having to work but also trying to stay alive by this country's standards is exhausting. Nobody wants to die, but I have to work to survive."

Falling into silence during the pandemic and ‘but’s…

This year, we entered March 3 under the shadow of the pandemic that continues around the world. Trans women sex workers in Turkey have to maintain their lives without any social security during the pandemic while facing police oppression. Trans women were detained in Istanbul Bayram Street during November and December 2020. Their justification was the "corona measures". Street entrances and exits were blocked, houses were sealed, and women were left homeless amid the pandemic. This incident is just a part of what happened in the pandemic. According to Att. Evrim Demirtaş of the Red Umbrella Sexual Health and Human Rights Association in Ankara, the things they have experienced are much more than that:

“While we were wondering about the new system in which the whole world will evolve with the onset of the pandemic, it came to our mind what sex workers, who were made into a disadvantaged group due to laws, law enforcement and prejudice, might encounter in this process. The brothels would be closed, but would the state provide them support, even if on the minimums, for their subsistence? The risk of transmission was high for sex workers working unregistered outside the brothels, but many of them had to continue to work in order to survive, would the state consider the problems that might arise and take measures that include support? On the one hand, there are trans women and trans sex workers whose gender confirmation processes are continuing or who could not even receive support from their families, does the support of the state include these, or what would the victims of human trafficking; the foreign immigrants, refugees or asylum seeker sex workers do? Could the labor unions make the labor and victimization of the sex workers visible, or would they fall into silence and ignore the labor of sex workers with sentences of abundant 'but's?"

“It is a fact that you need money to pay your rent, credit, bills, kitchen expenses, and you need to work and also you need the continuity of your working life to earn this” Demirtaş says, and summarizes what happened in the pandemic:

“You shouldn't have been in a hopeless place; Sex work is -explicit or implicit- one of the oldest professions in the world, and it has always existed, so no matter how conservative individuals or institutions may be, they should not have been ignored, they should have been provided the right to work with certain rules like in Athens or Amsterdam. If not, they should have been supported. As a result, in the pandemic conditions that lasted for more than a year, neither brothels were opened, nor the legal and administrative violence on sex workers working in the unregistered field have decreased, nor was the covid-19 pandemic considered in terms of sex workers' health rights. The house seals, which were administrative sanctions, continued despite the pandemic conditions, and administrative fines on the Law of Misdemeanors were no different than before the pandemic. Well, it has well passed the time for asking is it real that the pandemic is the main reason for the continuation of this violence and discrimination. With a couple of videos and awareness studies, sex workers were brought to the agenda for a day, even people who consider saying the word sex work as immoral could speak out, but its influence did not reach public authorities. Many sex workers were dragged to work under even more negative conditions than before, even under the oppression of gangs. Maybe not for all but a considerable part of them became unable to negotiate condoms because they had rents, bills to pay and had responsibilities. "

"Since sex work is not identified as a profession, sex workers become vulnerable against exploitation"

These problems faced by sex workers are not new. According to Efruz Kaya from Pink Life Association that came together in 2008 to make March 3 visible in Turkey for the first time and draw attention to the rights of sex workers on March 3 every year since then; sex workers in Turkey, especially sex worker trans women face the problem of insecurity in the first place. Since sex work is not legally recognized, they are deprived of their union rights and social security. “If you get sick one day you cannot be treated. You have to pay your insurance on your own and spend money for it ” says Kaya and continues:

“Since sex work is not recognized as a profession, sex workers are also deprived of union rights. This is one of the most important rights. When there is no union rights and the right to organize, people in this profession are becoming isolated. They become vulnerable to attack, danger to exploitation. They become vulnerable to exploitation. There are problems with housing. There is a poll on social media. As far as we can see from there, people do not want to share their house or apartment with a sex worker or a woman who offers her sexuality as a service. Sex workers are constantly experiencing this fear. If people learn that you are a sex worker, you may suddenly become homeless. They are afraid of bullying and physical violence by other people in the apartment. Acting with this fear is also something that weakens your hand against customers. With this tension, they become more vulnerable to violence."

Kaya says that it is often not possible to change sectors for sex workers. She emphasizes that unlike other professions, they are often subjected to lifelong discrimination and stigma:

“If you are a sex worker, you may have to be a sex worker for the rest of your life. This label and stigma is always after you. Even changing the sector can be challenging for sex workers. You may be threatened by someone on social media by sharing photos that show your previous sex work. And if you are also a trans woman, then you experience all these much more intensely."

"Provide financial security to sex workers before attacking or targeting them"

While sex workers experienced all these, they were also seen as "harmful to public health" in the pandemic. We saw that sex workers who had to work in the pandemic were targeted on the news and social media. They were even cited as the cause of the pandemic. When we reminded these, Sude said, “In order to be able to make such an attack, you must first protect sex workers and offer them financial security. Infrastructure should be provided before targeting. All of those attacks are as empty as the attackers. It's not just the people who do the sex work. There are also people that prefer those sex workers".

Att. Evrim Demirtaş once again reminds that sex workers are expected to decide between the risk of the pandemic and the risk of starvation. “Even more than one way and method of protection from a disease transmitted by mouth discharges has been determined; saying that you are spreading the disease is a sign of discrimination and hatred rather than protecting the health of the society” and adds:

“Do we ever think about how sex workers make money? Who buys services from sex workers? Why while the discussion of gender inequality is held everywhere, those who make this debate ignore this area and say that the exploitation of the female body is unacceptable while both victimizing sex workers and ignoring the existing violence and oppression? It is necessary to think; despite the conditions that are far from the human dignity, why sex worker women who work or have to work in brothels want to work in brothels and where are these women and what they are doing now? Be sure that they are not in women's shelters, LGBTI+'s do not even have shelters. Refugee, women, cis woman, brothel workers, LGBTI+'s, men… where are sex workers?”

Efruz Kaya says that the solution to all these problems is possible by accepting that sex work is a form of labor and work:

“Thus, sex workers can have their union rights and the right to organize. They can come together according to their own demands and needs. Sex workers, like everyone else, should be able to determine their own fate. "