A transphobic assault in Mersin: What are you doing out on a holy night?

A trans woman, Cansu, was assaulted with bats in the southern city of Mersin. The attackers’ excuse was the holy night [commemorating Prophet Muhammad’s ascent to heaven]. 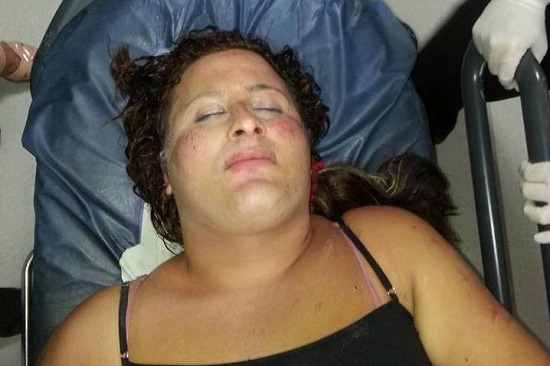 A trans woman, Cansu, was assaulted with bats in the southern city of Mersin. The attackers’ excuse was the holy night [commemorating Prophet Muhammad’s ascent to heaven]: “What are you doing out on a holy night?” And transphobia continued in the hospital too…
The most recent addition to hate crimes against trans people took place on Sunday night. A trans sex worker by the name of Cansu was attacked in Mersin, by a group of people, armed with bats. The group’s excuse was the holy night commemorating Prophet Muhammad’s ascent to heaven. They attacked Cansu saying, “We will not allow you all to survive here.”
“What are you doing out on a holy night?”
Cansu recounts her experiences as follows: “Three or four people got out of a car with bats in their hands. The license plate read 27 [code for the southeastern city of Antep]. They attacked me saying, ‘Are you out on a holy night, too? What are you doing out on a holy night? We will not allow you all to survive here. Get out. We will clean up our streets.’”
Police attitude following the attack was as usual. Instead of investigating the issue, they chose to ignore it. Yagmur Arican, president of the Mersin 7 Colors LGBT Association describes the police’s attitude for kaosGL.org:
“The police is trying to cover up the incident”
“The police is trying to cover up the incident. The first police squad that arrived after the assault did not even attend to the issue. They received the announcement, ‘a woman has been assaulted.’ They came to check out what happened. When they saw that the assaulted person was a trans woman, they did not even care. Cansu was insistently reporting the license plate number and describing the direction to which they escaped but the police did not listen. They said, ‘You must be mistaken in what you saw.’”
Transphobia continued at the hospital
The police did not even call an ambulance. Cansu’s friends took her to the hospital and transphobia continued there as well. The health personnel did not want to attend to Cansu upon realizing that she was a trans individual. When their attitude was met with negative reactions, they began to treat Cansu.
Cansu, who was suffering from multiple broken bones in her skull, was also subjected to transphobia on the part of other patients. Cansu recounts her experience in the hospital as follows: “They looked at me and they laughed. They kept pointing their fingers at me.”
Cansu was supposed to be kept under supervision overnight. However, due to the indifferent attitudes of the health personnel and transphobia in the hospital environment, she left. She was half-conscious when she arrived home. Cansu rested at home, suffering from nausea and the risk of internal bleeding…
Yagmur Arican explains that as the Mersin 7 Colors LGBT Association, they will follow up on this issue and go to the court. They will request MOBESE [city surveillance cameras] records from the police but it is doubtful whether the records will be shared or not.
“We will follow up on these assaults!”
This is not the first hate crime that took place in Mersin. Arican explains the situation in Mersin:
“Transphobia does not give us a break. Transphobia was resurrected in Mersin. They are trying to wipe us off of the streets. It just does not end. There have been assaults in Pozcu [a district in Mersin] before. Trans people are constantly under attack. These are only incidents that are known to us. Many trans women are afraid of the police and so they do not report the incidents. Some believe that nothing will change if they sue. We will follow up on this issue and make sure that it is recorded as a hate crime. It must be accepted that this was a hate crime.”
Four hate murders in Mersin!
One of the assaults that Arıcan referred to had taken place in December. Sex worker Deniz had been attacked in Pozcu with bats and knives. Four trans murders have been committed in Mersin since 2006. None of them were recorded as hate murders and their perpetrators were not convicted as they should have been.
Translation: LGBTI News Turkey