İstanbul Adalar Police prevented the Pride Week events at the Heybeliada through oppression and threats and refrained from providing information on whether there is an official ban on the event. 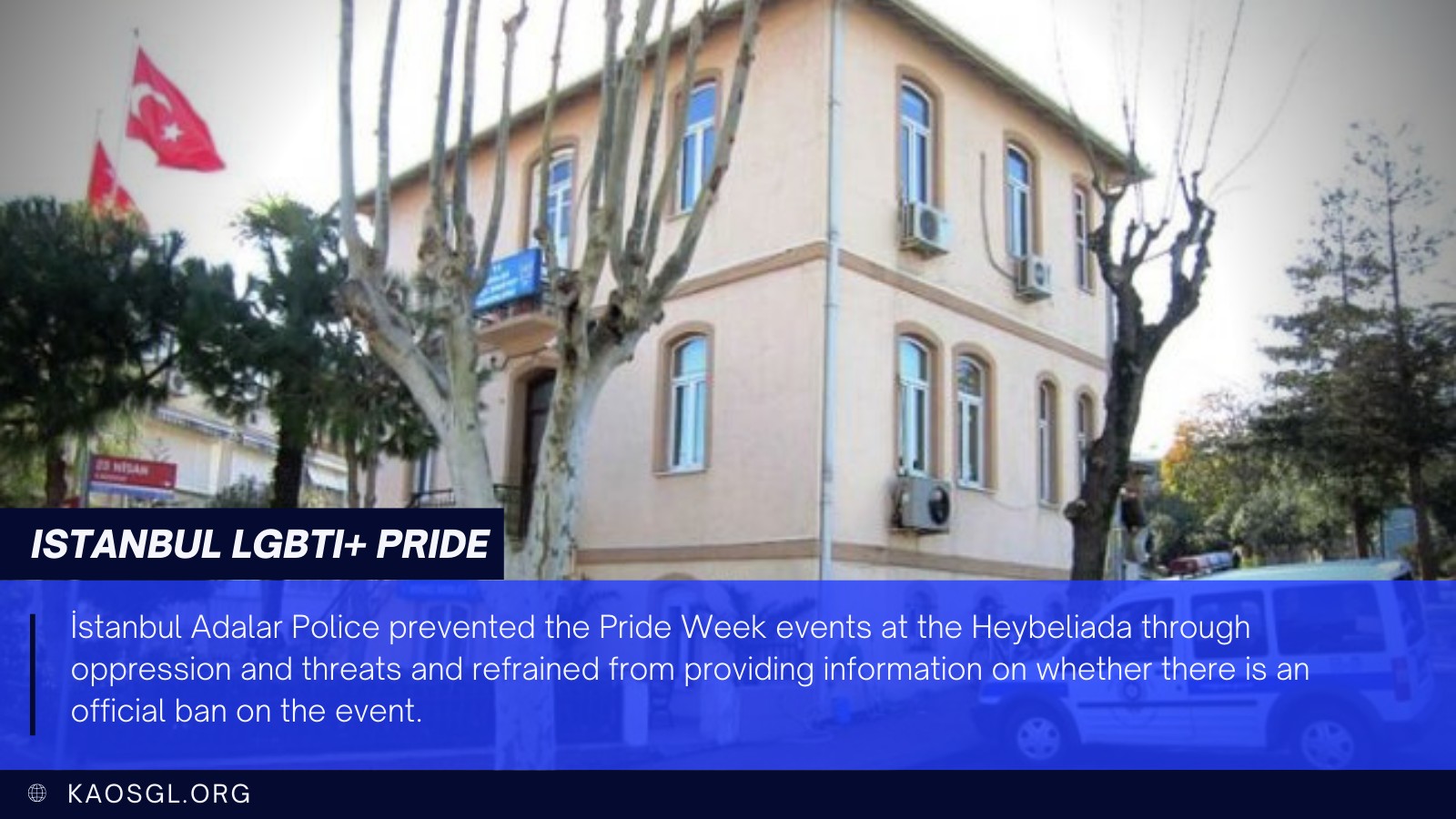 The Adalar Police Department prevented the İstanbul LGBTI+ Pride Week events from taking place in Heybeliada today (June 22nd). The Police Department contacted the picnic venue and threatened the venue manager to not to host the vegan picnic event that was planned in the scope of Pride Week.

Law enforcement officials, who also phoned Pride Week Committee volunteers, asked for information about the event but did not say whether there was a ban order against the events. The officials refused the calls of committee members and their lawyers.

The 29th İstanbul LGBTI+ Pride Week Committee relocated the planned vegan picnic and other events they planned to hold in Heybeliada to Maçka at 16:00 and issued a statement:

"On Tuesday, June 22, we have learned that the Adalar Police have contacted the manager of the planned event venue and pressured and threatened them to not to host the event. On the same day, our committee volunteers were called by the Adalar Police Department and officers requested information regarding the event. Our questions about whether there was a ban order were left unanswered, and then both our lawyer's and our phone calls were not answered. Law enforcement has overstepped its authority, has abused its position and threaned the venue manager with mafia methods. We are making this call to to look out for each other and the venue in the face of those who try to prevent our most legitimate rights by illegitimate means.

"From the mucilage waters to our own waters,

"A little further away from Gezi, we turn our axis to Macka.

"We are moving the vegan picnic and other events we planned to hold Heybeliada to Maçka at 16:00. We welcome all queers and LGBTI+ rights defenders to the picnic!