Alevi organizations: We keep our doors open at Cem houses, particularly for LGBTI+s

Alevi organizations, who have conducted the symposium titled “Aleviler: Din, Beden, Cinsiyet: Neşeden Keder” (“Alevis: Religion, Body, Gender: From Joy to Sadness”), declared that LGBTI+s were able to hold their funerals from Cem houses without being exposed to any kind of discrimination. 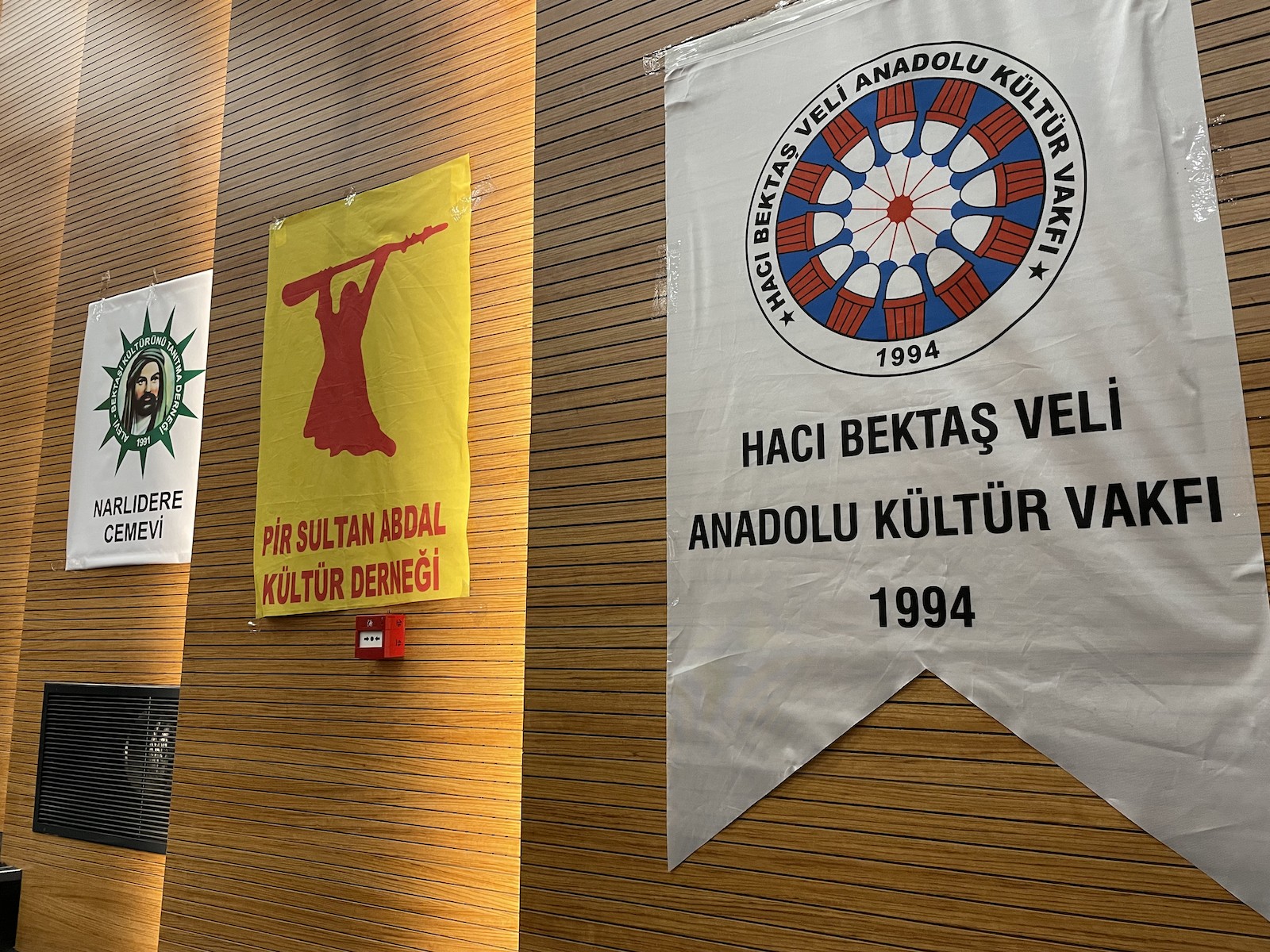 The Association for the Promotion of Alevi-Bektashi Culture (ABKTD), Haci Bektaş Veli Anadolu Cultural Foundation (HBVAKV) and Pir Sultan Abdal Culture Association (PSAKD), who are among the components of Democratic Alevi Movement, represented the joint-decisions of  their organizations at the symposium titled: “Alevis: Religion, Body, Gender: From Joy to Sadness.”

Head of Hacı Bektaş Veli Anadolu Cultural Foundation Ercan Geçmez announced that they were going to struggle against ongoing discrimination against LGBTI+s, even after their death, at the symposium held in İsmet İnönü Art Center at İzmir Culture Parc, on May 13.

Geçmez declared that they were going to assume responsibility related to the issues mentioned in the symposium titled  “Ölülerimiz, Biz // Öteki Olarak Ölmek” (Our Dead and Us / Dying as a Marginal) in 2015 and also the ones which are being discussed within the context of ongoing symposium. Geçmez mentioned that LGBTI+s were able to hold their funerals from Cem houses of these three institutions without being exposed to any kind of discrimination:

“According to our belief every one is a spirit, is a life. We keep open house at Cem houses, particularly for LGBTI+s. We have listened the tragic events which were experienced by LGBTI+s during their funerals. It is impossible to blow cold. Thus, we declare that we keep open houses at all Cem houses appendant to these three institutions, for LGBTI+s to be buried in harmony with their will. In addition to our morgue and bathing the deceased services, we have also suitable areas for their friends to fulfill their last duties as they wish. If they are religious we are ready to do our best in order to provide to bury them according to Alevi religious rituals.”