All accused in the 2019 Izmir Pride Parade trials got acquitted

Everyone who was charged with the allegation that "acting against the prohibitions" and participation in the 7th Izmir LGBTI+ Pride Parade (2019) was acquitted. 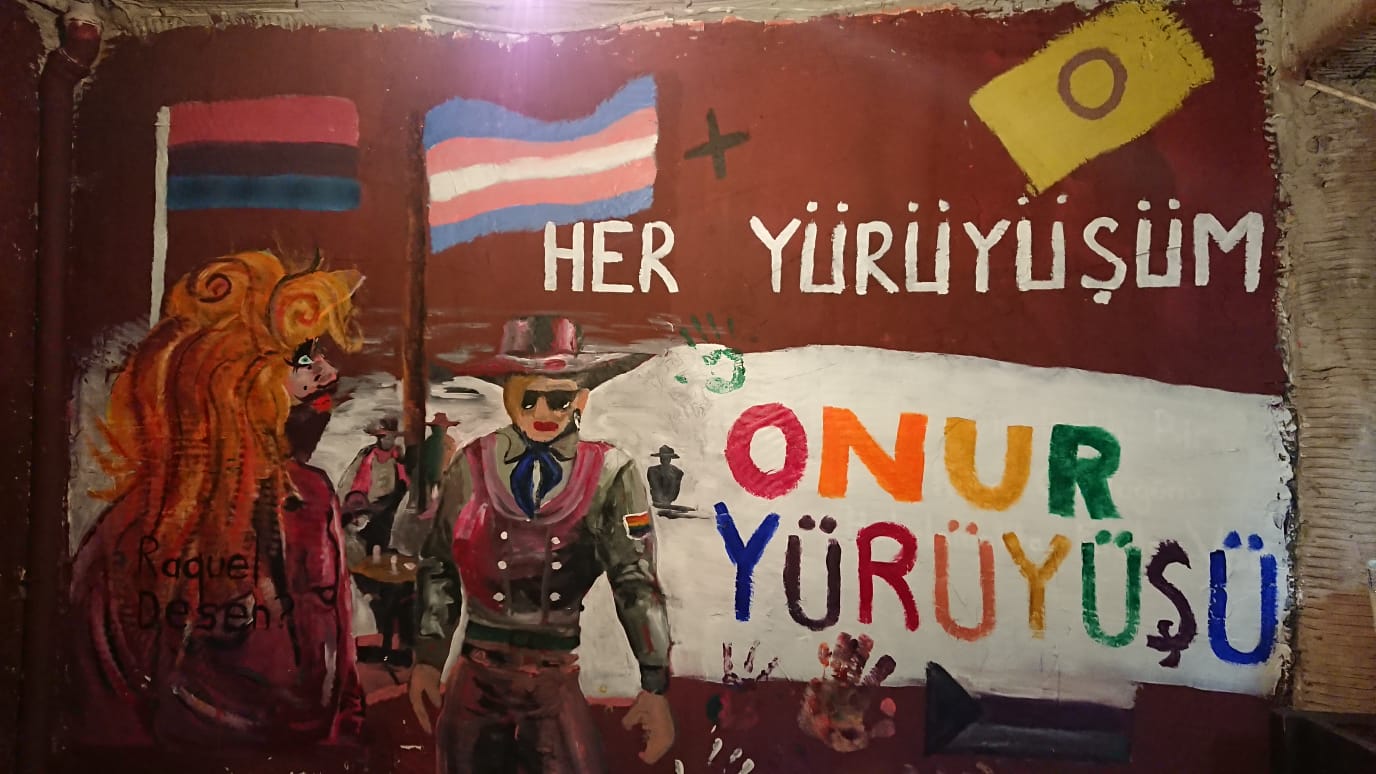 The Izmir 7th Pride Parade Committee said “My every step is a Pride Parade!” in graffiti, which was its last activity before the bans. / Photo: Gözde Demirbilek

Thirteen people who were sued for the allegation of “acting against the prohibitions” and participating in the 7th Izmir Pride Parade were acquitted. 3 children who were prosecuted on the same grounds were acquitted priorly.

The Young LGBTI+ Association, which has been monitoring the trials since the investigation phase, underlined that they will continue to fight against rights violations after the acquittal decision too: “Although we are happy on behalf of our friends, these decisions do not mean that the meeting and demonstration rights of LGBTI+'s are not violated. Violations of rights will continue as long as the activity bans issued by the government organs, the police interventions without an excessive and legitimate reason and the pressure on the civil society continue. However, we will continue to fight against rights violations everywhere. We hope that 2021 will be a year in which this struggle will escalate further. "

Charges against the lawyers monitoring the case

The prosecutor reacted and demanded a criminal complaint from the court upon the words of a lawyer monitoring the case as, "If the prosecutor who drafted this indictment is a person of law, then I am not. If they drafted this indictment because they did not know the law, that is grave. But if they drafted such indictment while knowing the law, the situation is much more worse." The court filed a criminal complaint to the prosecutor's office and another complaint for the disciplinary action of the bar association against the mentioned lawyer and other lawyers who showed solidarity.

The association announced that it would be in solidarity with the lawyers regarding these complaints: "We, as a non-governmental organization advocating for rights, are aware that the independence of lawyers in their professional activities and the inviolability of the right to defense actually means protecting the rights of citizens. For this reason, we announce to the public that we will show solidarity with the lawyers of this trial in the upcoming legal process.”