Allegation: Arrested ISIL members were to attack an LGBTI+ association

Several members of ISIL who were detained in Ankara last week were to attack the "LGBTI association", according to CNN Turk's report. There were prior allegations covered by the press that ISIS members who were arrested in another operation in September were preparing to attack "LGBT associations in Taksim". 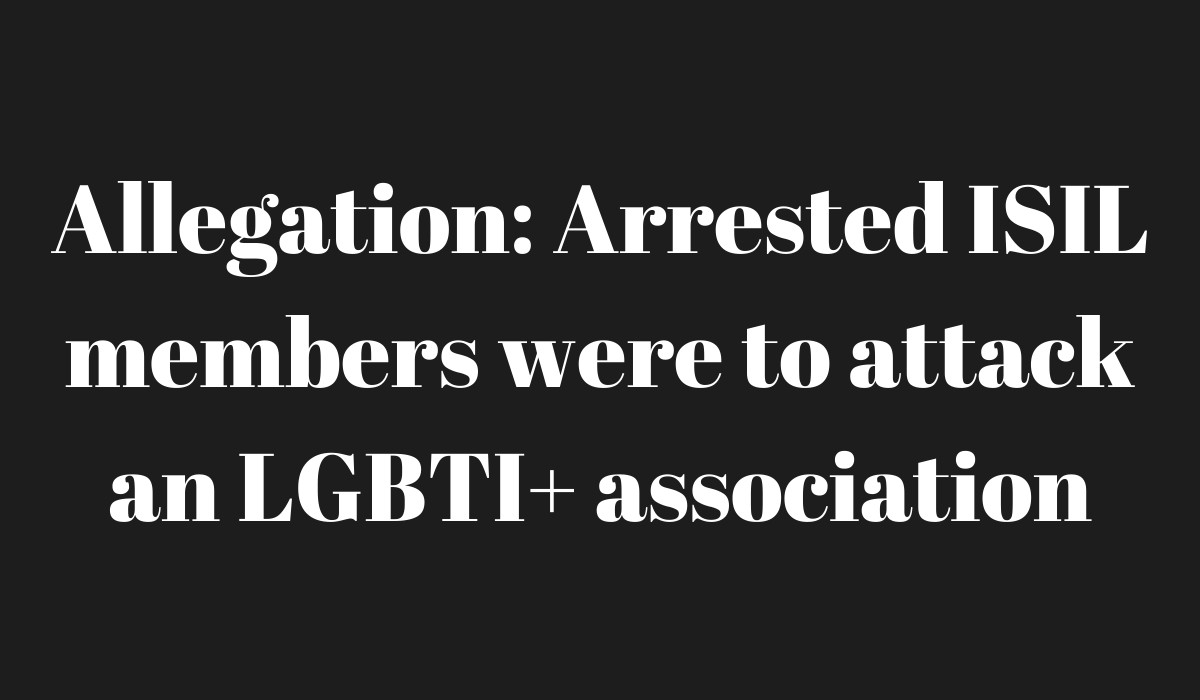 CNN Turk wrote that 4 ISIL members, who were detained in a police operation in Ankara last week, were preparing to attack an LGBTI + association.

According to CNN Turk's report, which included the information "the phone of the terrorist who was preparing to attack the LGBTI Association was examined", examination of the phone revealed propaganda images of the ISIL's Charlie Hebdo attack as well as deleted murder photos.

Four ISIL terrorists were arrested and referred to judicial authorities after police interrogations.

Similar allegations were made in September

“This time they were caught in Istanbul with Kalashnikovs and some other evidence. We have seized perilous attack plans. In addition to the attack plan of ISIL on Hagia Sophia, they were also planning an attack on LGBT associations in Taksim, Istanbul. They were going to target these associations in the middle of Taksim. While they were making these plans, we caught them red-handed by a very large and well-thought operation.”