Attack to the billboards of Queer Cyprus: We all have the right to live freely!

A discriminative group attacked to the awareness billboards of Queer Cyprus. Association told: “We are in every aspect of daily life. We all have the right to live freely.” The billboards had also been attacked in 2016 and the streets of Cyprus had been decorated with LGBTI+ billboards once again in 2017. 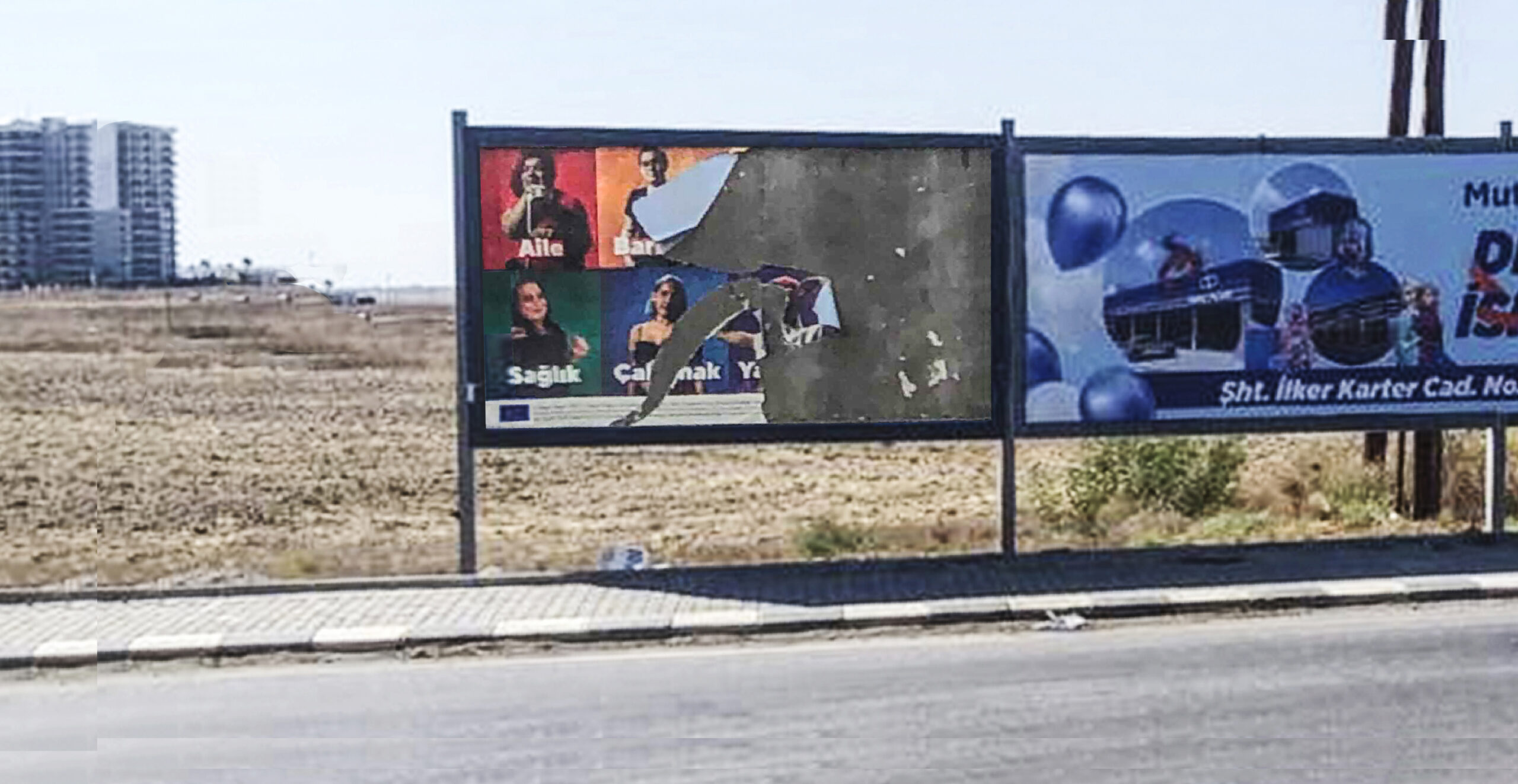 The billboards prepared by Queer Cyprus were attacked by unknown perpetrators.

“My Right” campaign of the association is going on for a while under the project named “LGBTI+ in Freedom from Exploitation LIFE” which is conducted in cooperation with Kaos GL. Queer Cyprus displayed awareness-raising billboards in five different regions, posted a series of social media message and published an awareness-raising video within the context of the campaign.

“It is unacceptable to sabotage such awareness-raising campaigns”

The billboards, which were designed based on the findings of the recent researches conducted by Queer Cyprus Association and were displayed Iskele/ Trikomo region within the context of the campaign that aims to create a dialogue on the systematic human rights violation against LGBTI+s in the northern part of Cyprus, were attacked by unknown perpetrators.

The association  made a statement regarding the attack and told: “It is unacceptable to sabotage such awareness-raising campaigns, which is an important step in creating a future where we can live in social peace with our diversity.”

“We will continue our struggle in a more powerful way”

Emphasizing “Despite the hate, up with life.” the statement of the association went on as follows:

“We would like to share with the public that we condemn these kinds of vandalism to billboards and as the Queer Cyprus Association, we will continue our struggle to strengthen LGBTI+s' access to human rights and to create safer spaces. Despite humiliation, stigmatization, hate speech and marginalization imposed on us, we are here as Lesbian, Gay, Bisexual, Trans, Intersex and pluses. We are in all areas of your daily life.  We all have the right to live in freedom. Until the face of the earth is colored with love. Despite the hate, up with life.”

They had been attacked in 2016 as well 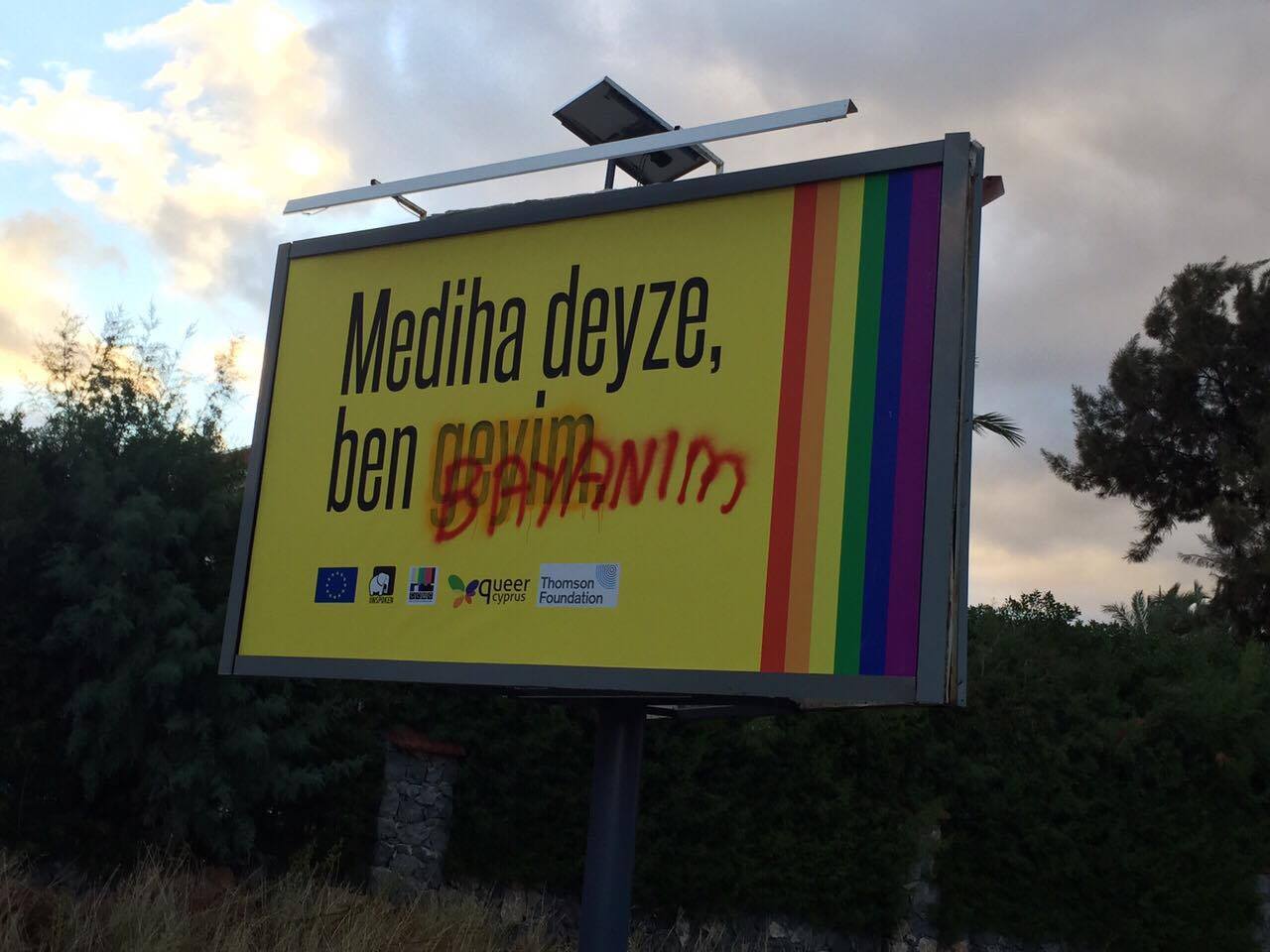 The billboards of Queer Cyprus had been attacked by a homophobic group in 2016 as well. Some billboards, written “Uncle Kamil, I’m lesbian” and “Aunt Mediha, I’m gay” on, had been placed to various parts of Kyrenia, Famagusta, Nicosia, Iskele, Lefke and Karpasia. However awareness-raising billboards regarding LGBTI+s which had been placed northern cities of Cyprus, had been attacked at first and then removed by the municipality. 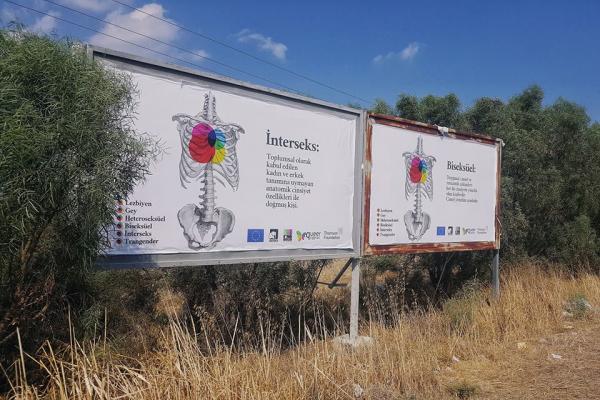 Despite the attacks Queer Cyprus Association had furnished the streets with billboards for equality and freedom in 2017.  The new billboard campaign which was prepared as a part of Unspoken project, aimed to draw attention to the fact that anyone can live as a human being without being discriminated and marginalized due to their sexual orientation and / or gender identity.. The definitions of sexual orientations and gender identities like “bisexual”, “heterosexual”, “transsexual” and “intersex” were taking part at the billboards.