Attacks on LGBTI+s’ pride at the Newroz festivals in Diyarbakır, İstanbul and İzmir!

LGBTI+s celebrated Newroz in Diyarbakır, Eskişehir, İstanbul and İzmir with rainbow and trans flags. However, LGBTI+ hostility of a few men rose again and harassment turned into stabbing threat. 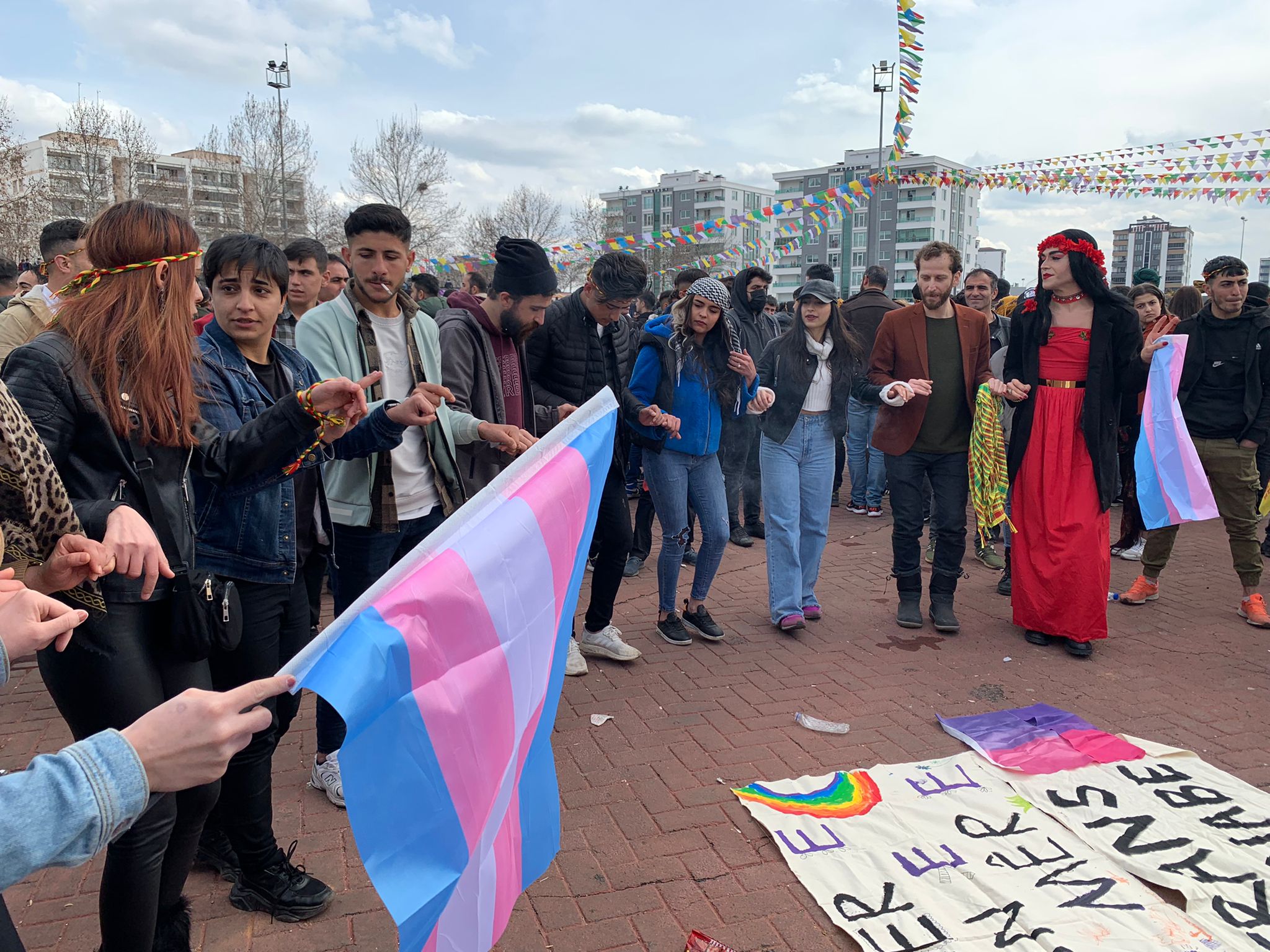 “Why do my freedom and right to live, which are my fundamental rights, hold terror for many,  while everyone demands freedom?” 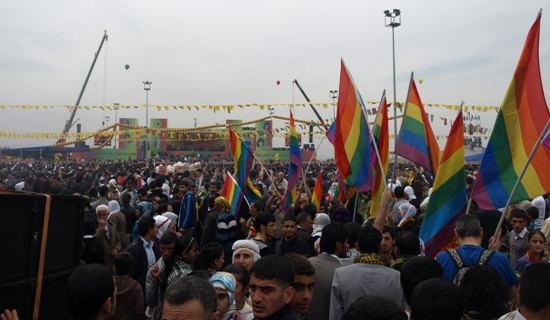 Afterwards, LGBTI+s participated in Newroz festival continuously almost every year under the name of their organizations. LGBT organization all across Turkey participated in Diyarbakır Newroz all together in 2011. According to the news at the KaosGL.org, with the headline “LGBT+s participated in Newroz, life goes on!”, Lambdaİstanbul, İstanbul LGBTT and Kadın Kapısı (Women’s House) from İstanbul, MorEL (Purple Hand) from Eskişehir, Pink Life and Kaos GL from Ankara, Black Pink Triangle from İzmir and members of Hevjin from Diyarbakır were at the Newroz festival with their rainbow flags in Diyarbakır. 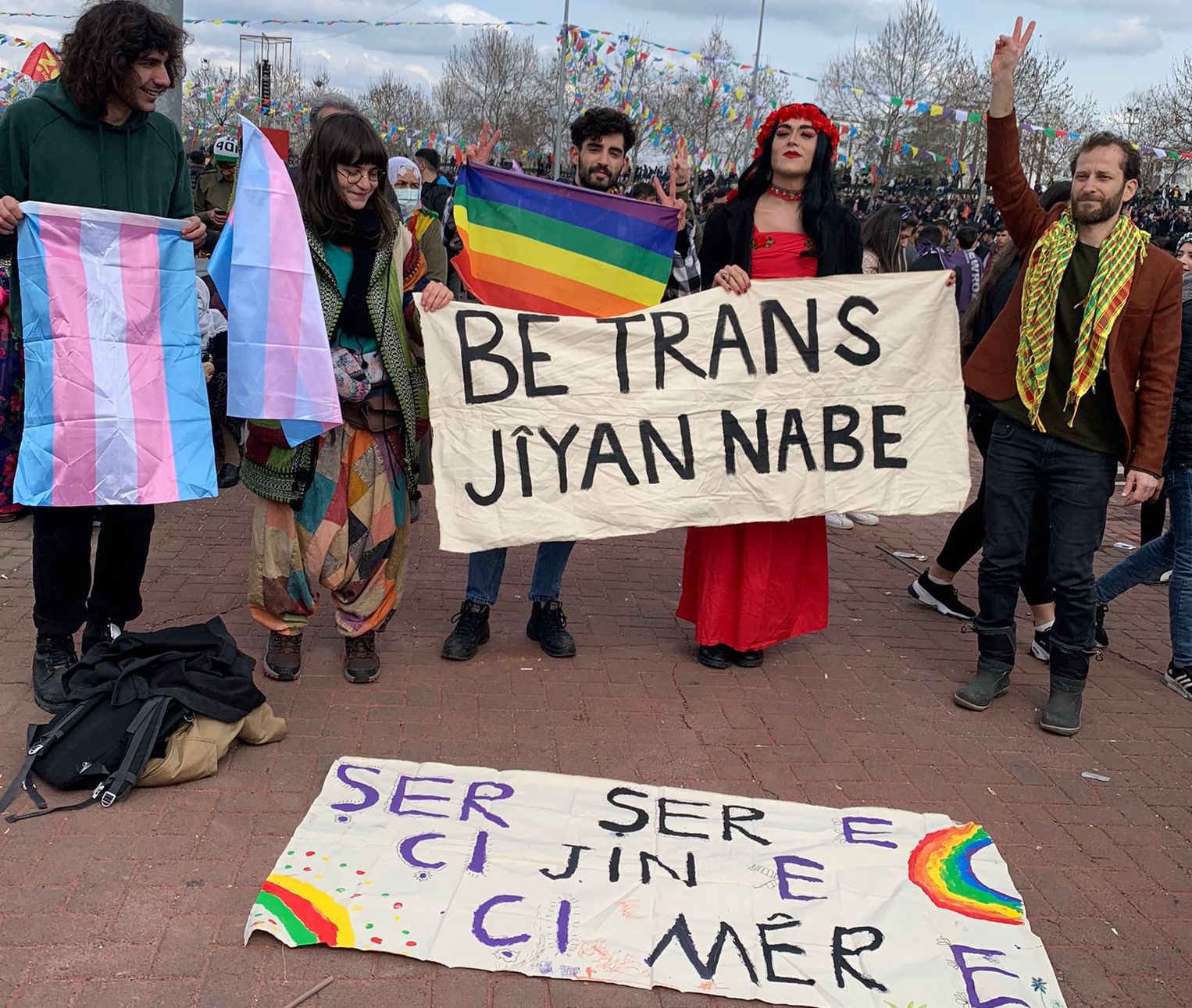 14 years after the first Newroz in Diyarbakır, LGBTI+s were attacked in the Newroz festival today. LGBTI+s who were the Newroz area with the banners “Bê trans jîyan nabe” (There is no life without trans), “Şer şer e çi jin e çi mêr e” (War is war whether it is a woman or a man) and rainbow and trans flags were threaten by a group of men with knife.

According to the information received from LGBTI+s who were at the Newroz area; showing their knives a group of men threatened LGBTI+s: “You will remove them or we will burn” pointedly flags. They also battered an LGBTI+ activist.

LGBTI+s had to remove banners and flags. They were also followed while trying to change their place. Thereafter they had to leave the Newroz area. One of the LGBTI+ activist, Xweşi, who was attacked, expressed their feelings to KaosGL.org as follows:

“I participated in Newroz along my life. I have been here ever since I could remember and I had to leave Newroz early for the first time. I am so sad.”

LGBTI+s were also attacked at the demonstrations on March 8 Women’s International Day, in Diyarbakır. 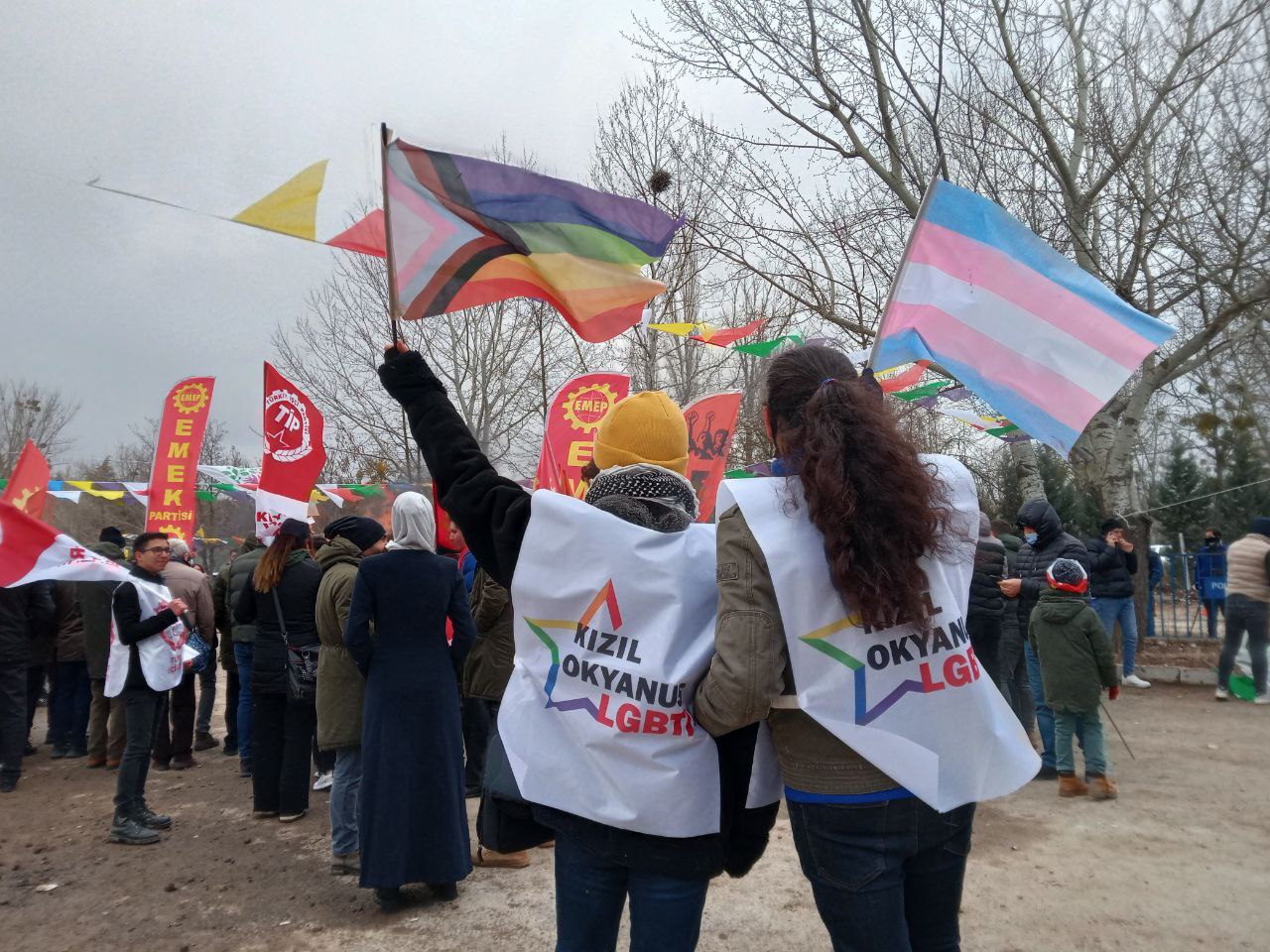 The crowd of people, who met together in Orman Fidanlığı, celebrated Newroz effusively despite the snow and cold weather. Red Ocean LGBTI (Kızıl Okyanus LGBTI) also attended activity with rainbow and trans flags.

Newroz was celebrated in Yenikapı Square yesterday (March 20) in İstanbul. Despite the cold weather below seasonal normal, thousands of people celebrated Newroz in Yenikapı. LGBTI+s participated in Newroz with rainbow and trans flags. Tuğçe Özçelik read the joint Newroz text on behalf of Peace and Democracy Platform: “We refuse male-dominant policies which attack women’s and LGBTI+s’ right to live and try to legalize violence and inequality.” 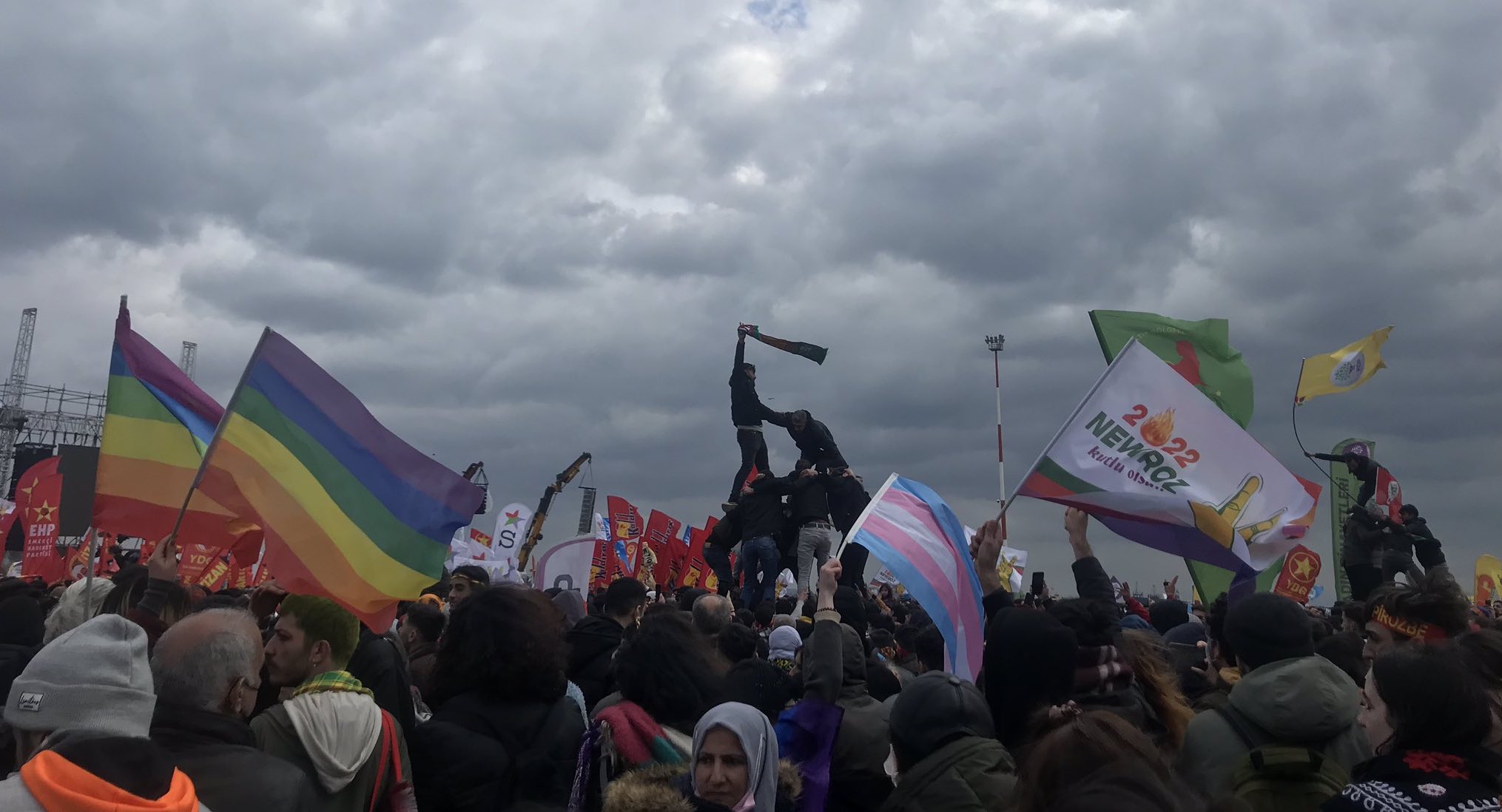 On the other hand, LGBTI+s were exposed to verbal harassment at the Newroz festival in İstanbul. LGBTI+ activists, who were there, shared their experiences as follows:

“We were almost 10 people. We had a few rainbow flags and a trans flag. A group of men were yelling at us as ‘travesties’, as we passed by, from the very beginning. They tried to take our photos during the action without permission. This happened repeatedly. We warned them. However they mocked us and trifled away. We were like people whose consent was unnecessary. We shouted zilgit when the speakers announced LGBTI+s from the stage. We were also exposed to harassment at that moment. Having felt uncomfortable we left the area. Some people also asked us: ‘Are you Kurdish?’”

Attack to rainbow flag in İzmir

Newroz celebrations were arranged in Gündoğdu Square at the invitation of People’s Democratic Party (HDP) İzmir Provincial Organization. Representatives from various political parties and nongovernmental organizations also participated in Newroz celebration beside thousands of people. LGBTI+s attended celebration with rainbow flags in İzmir. Being exposed to police harassment during the entrance to the area, LGBTI+s ‘ rainbow flag was stolen at the Newroz area. According to the information taken from LGBTI+ participants, two people brought back the falg after a while, however it was torn. They were able to unfurl the flag barely nonetheless veral harassment, threats as ‘You will remove the flag’, swearwords and defamations went on. “We are together with various comrades we are here with our all colors” was announced from the stage related to the attack, without mentioning LGBTI+s. Thereupon LGBTI+s had to leave the area by ensuring their own security.