Ban on IDAHOT March is brought to Constitutional Court

Kaos GL applied to Constitutional Court (AYM) on the prohibition of 2016 IDAHOT March. 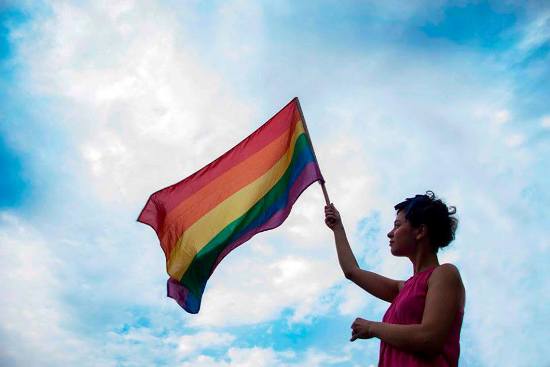 Kaos GL applied to Constitutional Court (AYM) on the prohibition of 2016 IDAHOT March, the rejection of the case, and eventually the rejection the objections against the decision.

Kaos GL Association brought the case opened after the ban on IDAHOT March that had to take place on 17 May International Day against Homophobia and Transphobia in 2016, and subsequently the rejection of the case and objections against the ban decision by the Regional Administrational Court.

Ankara 15th Administrational Court had rejected Kaos GL’s plea of nullity against the ban, then the Association made an objection against that court decision. In the second rejection decision, the court ruled that “holding a demonstration march is not proper” on the grounds that “there is a freedom to hold a demonstration in order to explain ideas and mold public opinion, but due to the extraordinary congress of a political party to be held on the same day when the demonstration march was planned there would be some negativities and provocations against the members of the association”. In 22 May 2016 when the march was planned, Justice and Development Party’s (AKP) extraordinary congress was held.

The ban decision is brought to Constitutional Court

On the grounds that the ban decision is contrary to European Convention on Human Rights and the Turkish Constitution, Kaos GL claimed its moral damage within its application to AYM. The association also requested the merger of this application with the previous AYM application for the cancellation of the decision to stop the execution.

“Blocking the march jeopardize the democracy”

Kaos GL’s lawyer Hayriye Kara analyzed the process: “Everyone has the right to organize peaceful meeting and demonstration marches without prior permission. In this respecti even if some ideas and expressions would be unacceptable for the authorities – and even the demands would be illegitimate, such radical measures limiting and blocking the freedom of expression and freedom of assembly jeopardize the democracy.”

Emphasizing that such risks against the march would not be a reason to ban the event, Lawyer Hayriye Kara told: “Prevention of targeting of people due to their sexual orientation and gender identity is necessary for the democratic societies. Blocking the fundamental rights for security reasons is the last step to be taken.”

Reminding that without holding the march Kaos GL’s request to make just a press statement was also rejected, Kara told: