“Banning Pride is a human rights violation and an arbitrary implementation” 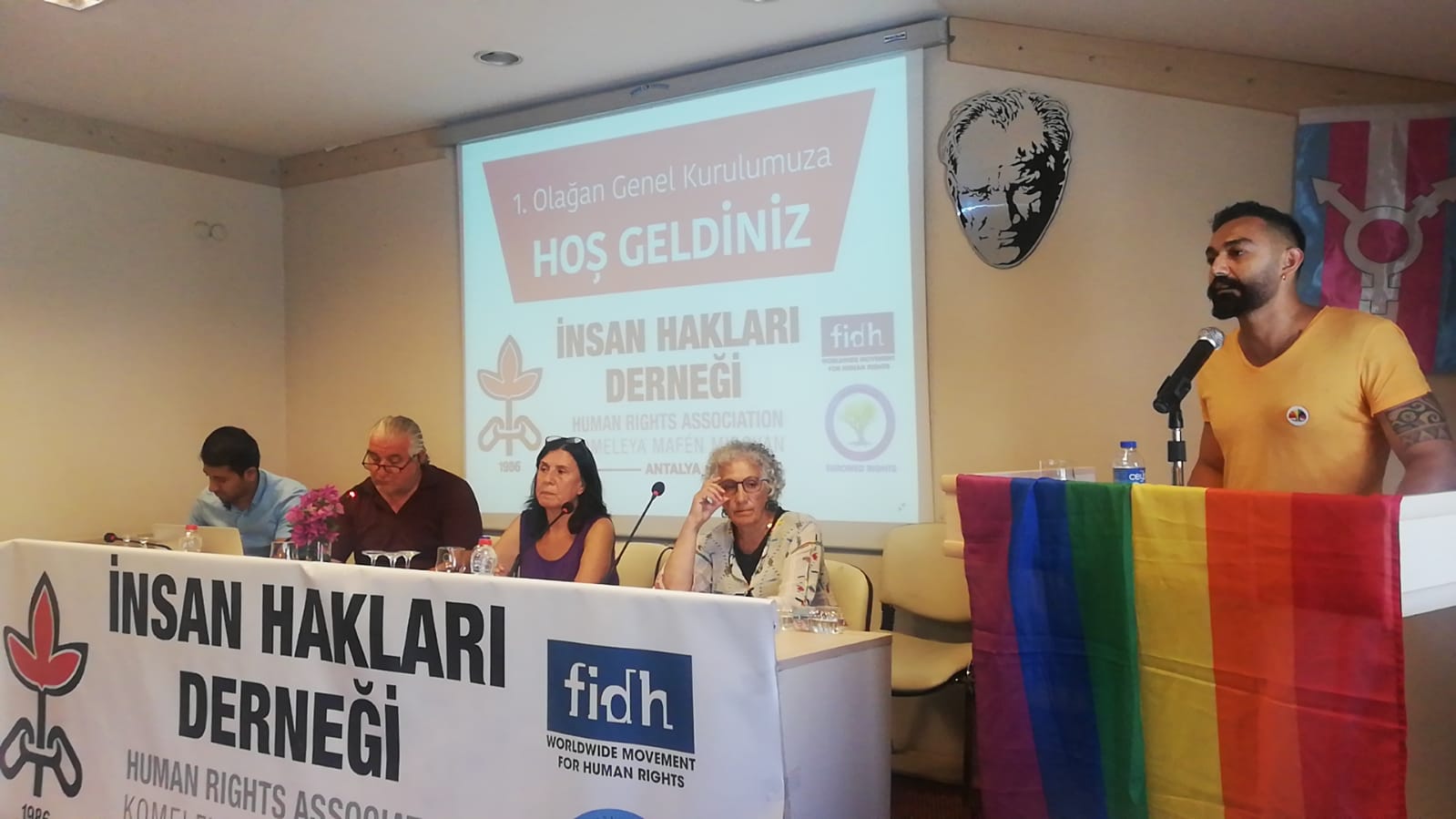 İHD Antalya Branch Co-Chair Erkan Gilgil told that the ban on pride events are unlawful and condemned the bans. Another human rights defender Akın Birdal also condemned the ban during the assembly. Birdal said: “It is not acceptable to restrict freedom of expression. No one is more prestigious than the laws. They should let our friends to organize their march freely”.

Antalya Branch LGBTI+ Commission member as well as the lawyer of BİZ Association Ahmet Çevik told during his speech: “Governorate unlawfully banned the pride march even though this is our right in constitution. Pride marches cannot be restricted. LGBTI+ rights cannot be restricted. We condemn Antalya Governorate. They must lift the ban as soon as possible. These bans are unlawful and obviously violate our basic human rights. We do not recognize these unlawful bans. I celebrate everyone’s pride week.”

The Governorship of Antalya has banned Antalya Pride Week