Cahide Sarı wrote for the book "Discrimination at Workplace and Fight Against Discrimination" compiled by Kaos GL: Borders drawn to limit unions. 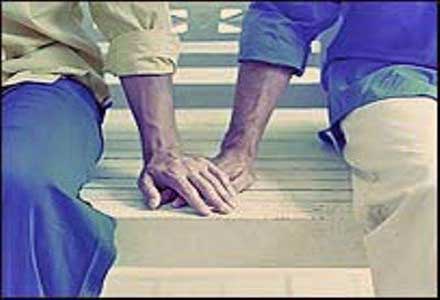 Cahide Sarı wrote for the book "Discrimination at Workplace and Fight Against Discrimination" compiled by Kaos GL: Borders drawn to limit unions

Political configuration of modernization shaped by national sovereignty is reclined on a new form of relationship between bodily and political identities. This form of relationship becomes concrete with human body becoming more productive through various disciplinary mechanisms, being able to conduct various acts through identity and representation mechanisms, the construction of collective political spheres for demanding and experiencing certain rights and building political-legal borders around this concept of representation and axioms of rights.

When the membership profiles of unions are studied carefully, we realize that becoming a member of a union, organizing, engaging in collective bargains and benefiting from the results of these bargains benefit only a limited group of people. Those who are excluded from union rights the most are the migrant workers. One of the reasons why migrant workers, who need labor rights the most, don’t have access to direct connection with unions is because becoming a member comes with the condition of citizenship. Especially since the 90s, the widening and deepening issues such as sexual orientation, gender identity, citizenship and illicit work pose serious questions to who the unions really represent, on whose behalf they act and how they will continue their relations with the borders drawn around themselves.

In some regions and countries, it is possible to interpret some of the developments as positive, such as accepting migrant and illicit workers as “honorary” members, including their human rights demands in collective labor bargaining and the rise in the visibility of LGBTI members as well as the problems these groups face in employment. However, keeping in mind how problematic the concept of representation is and the scarily big size of the people excluded from the union movement in one way or another, it is important to continue questioning the legal-political limits around unions. Unions have the role of a spokesperson on behalf of all segments whose rights are dispossessed, which means not much change happens in liberal representation mechanisms and that the limits are not genuinely challenged. While this paves the way for diversification among member profiles, the diversity alone does not mean much.

Trying to include the sidelined groups by means of expanding the mechanisms which excluded them in the first place will mean trapping the same groups inside these mechanisms. The problem is not about expanding the areas of these mechanisms but rather about the political mentality that allows these mechanisms. When regulating rights, if a political system defines people and workers in hierarchic categories such as citizen/non-citizen, heterosexual/non-heterosexual, registered/illicit, that system must be rejected altogether. Every time unions try to solve the problem by diversifying the groups they represent, these discriminatory mechanisms will continue to follow them. Therefore, the key issue here is not simply the inclusion of LGBTIs, migrants or illicit workers but rather the elimination of mechanisms that divide the field of unions into “inside” and “outside” and the creation of new tools that will put an end to this way of functioning.