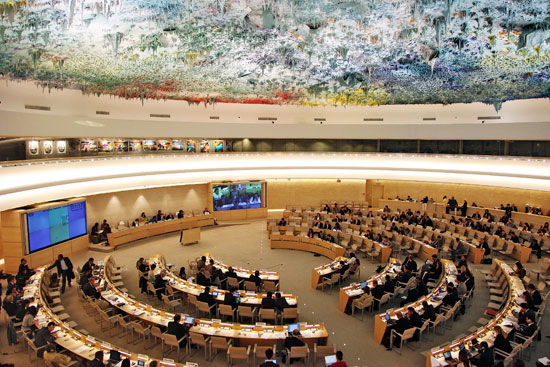 On July 2nd, the ambassador of South Africa to the United Nations delivered a statement on behalf of his country and Brazil to demand action against LGBT discrimination and hate crimes.
The statement was addressed to the United Nations Human Rights council as a follow up to the first global panel discussion on sexual orientation and gender identity (SOGI), which was held on March 7th earlier this year.
SOGI was considered a milestone since it was the first discussion held at the United Nations level addressing specifically LGBT rights and discrimination based on sexual orientation and gender identity in the world. Although it faced strong opposition and walkouts from OIC (Organization of Islamic Cooperation) members, the panel affirmed the Council’s commitment to fighting human rights infringements against LGBT people globally.
The joint statement made by Brazil and South Africa comes at a time when discussions in the matter have been stagnant due to the above-mentioned disagreements. The statement calls for further and renewed discussions, as well as inclusion of LGBT rights as part and parcel of the universal declaration of human rights.
Furthermore, they called upon all countries not to shy away from dialogue and engaging with opposing views (of countries objecting the inclusion of SOGI as a universal standard of Human Rights) stating: ‘reconciling universal standards of human rights with local ideas of culture was challenging but necessary work.’