Carrying a painting in subway is prohibited: “Inappropriate content”

Subway security and police officers did not allow an Istanbear Festival artist to carry his artwork in subway. 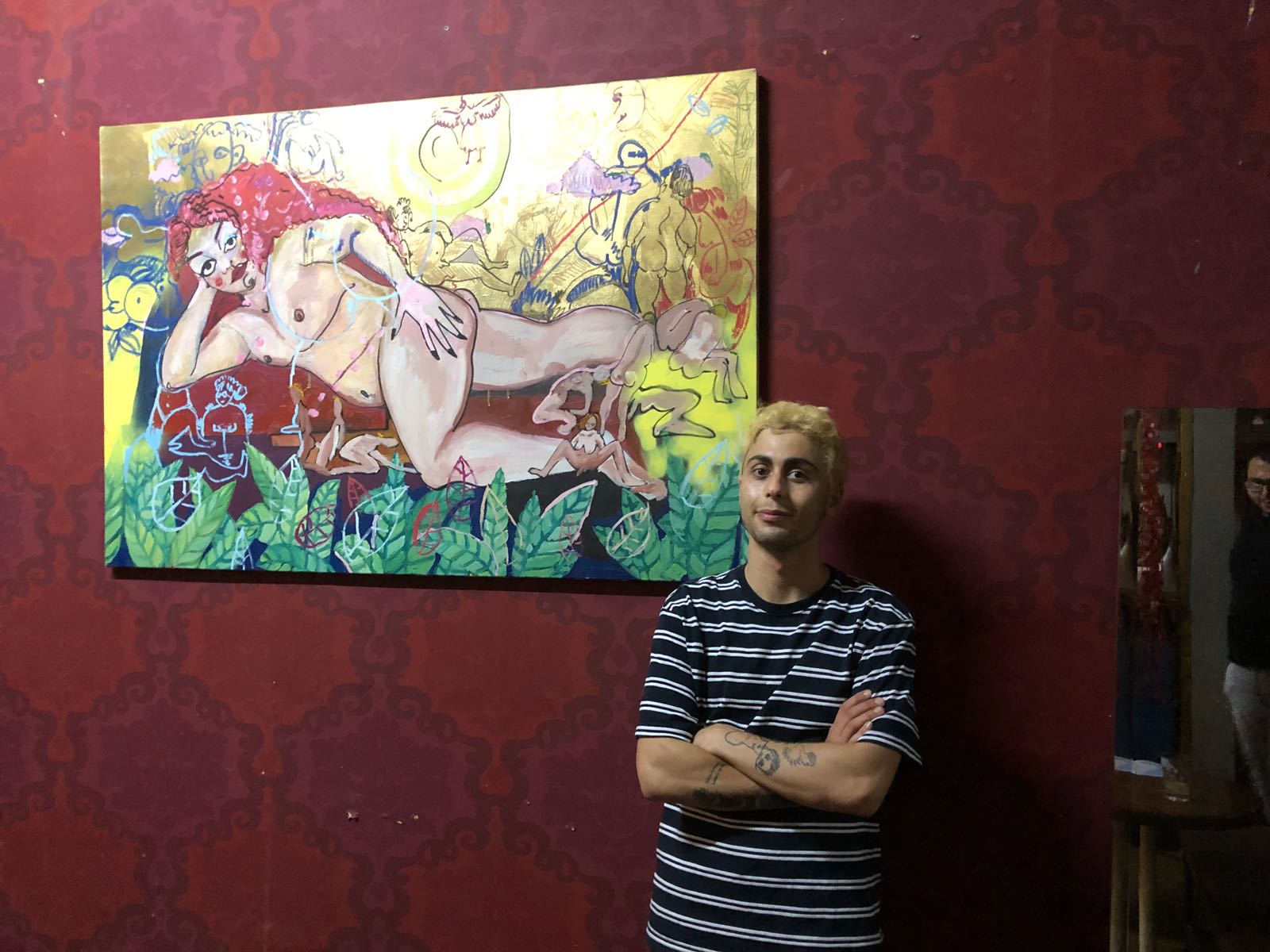 Subway security and police officers did not allow an Istanbear Festival artist to carry his artwork in subway. Due to its “inappropriate content”, security guards asked him to cover the painting.

While being brought to the exhibition organized under Istanbear Festival, LGBTI+ activist and artist Özgürcan Taşçı’s painting portraying the performance artist Enes Ka was censored by subway security guards.

Security: “Is this a woman or a man in this painting?”

“On 3rd of September, I took Marmaray (subway under the Marmara Sea) to go to the exhibition. I was actually wondering if other passenger would react to the painting, because the person in the painting is nude. However, except some people stared, nothing happened.

“Then I had to change the tube for another direction. While I was entering in the gates, security guards stopped me and wanted to look at the painting. I refused them and I wanted to go on my way. Just after I went on a bit more, a private security guards approached me and he also asked to look at the painting. When he sees the painting, he told that he would not let me get in to the subway. After I asked the reason, he told that it is “inappropriate content”.

“I tried to convince him for long time that it is an artwork and nothing is inappropriate here and I had to catch the opening of the exhibition. He did not let me in. He told me that unless I would cover the painting with something, I could not take the train. We argued for a while and then I decided to cover the painting to just pass him. After that he wasted my time a bit more by bringing me to some room, etc.”

Taşçı commented after the incident:

“This incident is a result of the conservatism intervening in our everyday life now, but while making us worried about the situation, such incidents encouraged a lot of artists for struggle. In such a restrictive society, any production stages of queer artists and queer artworks, in particular, is the part of our struggle.”

The exhibition organized in the scope of Istanbear Festival can be visited in the following 5 days in Beyoğlu Leman Kültür.