England’s chief consul Leigh Turner has written his thoughts about Pride March and Turkey LGBT Movement. Presenting his supports to Pride March, Chief Consul has talked about his experiences in England and Turkey. 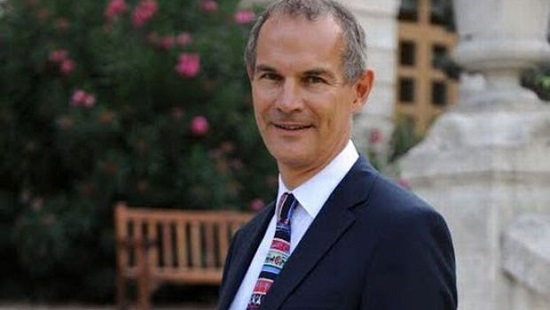 England’s chief consul Leigh Turner has written his thoughts about Pride March and Turkey LGBT Movement. Presenting his supports to Pride March, Chief Consul has talked about his experiences in England and Turkey.
A massive march surges down Istiklal, Istanbul’s main thoroughfare.  Banners urge understanding of minority rights.  International commentators praise the tolerance on display at one of the biggest festivals of its type in the region.
Istanbul Gay Pride is big.  In 2013, more than 100,000 people were reported as participating. The festival celebrates the gay community by fighting discrimination and violence against Lesbian, Gay, Bisexual, Transgender, Queer and Intersex people, promoting equal rights and identity.
The UK believes that ensuring fair treatment for all, irrespective of gender or sexuality, can help strengthen democracies, promoting social, economic and political freedoms.
If you exclude part of your community from social, political or economic activities based on gender, ethnicity or sexual orientation you are reducing the amount of talent you can draw on.  That can harm your political, social and economic development – quite apart from the ethical and moral arguments.
The UK is working with civil society organisations in Turkey to focus on these issues.
In 2014 we supported LGBTI roundtable meetings with legal experts, symposiums against discrimination and screenings of the Turkish documentary film, “My Child”in the UK and here at the Consulate General.  This year we are organising an International Conference on Gender, Diversity and Social Inclusion to mark the 20th anniversary of gay rights organisation Kaos GL.
We are also supporting the fifth Pink Life Queer Fest and the 30th British Film Institute Flare Film Festival, designed to increase LGBTQI visibility by encouraging collaboration between film festivals and supporting inter-cultural dialogue.
Turkey has made strides in recent years on gay rights: the European Commission welcomed the fact in October 2014 that gay pride marches in recent years had gone ahead in Turkey without disruption. But there is more to be done.
The same is true in the UK: the fight against discrimination and prejudice on the basis of gender and sexuality continues.  No one country or society has all the answers.  But the recent legalisation of same-sex marriages in the UK is a step forward.
I hope that this year, LGBTI Pride Week will be better than ever; that all goes smoothly; and that everyone participating enjoys the events.  Once again, we extend our support!