Consecutive attacks against LGBTIQ+’s in Azerbaijan: We are trying not to walk alone

At least 7 LGBTIQ+phobic attacks in the last 10 days in Azerbaijan! Police refusing to investigate, Ombudsman turning away the meeting requests of LGBTIQ+’s. We have talked with LGBTIQ+ activist Əli Məlikov about the attacks: The state is the culprit here! 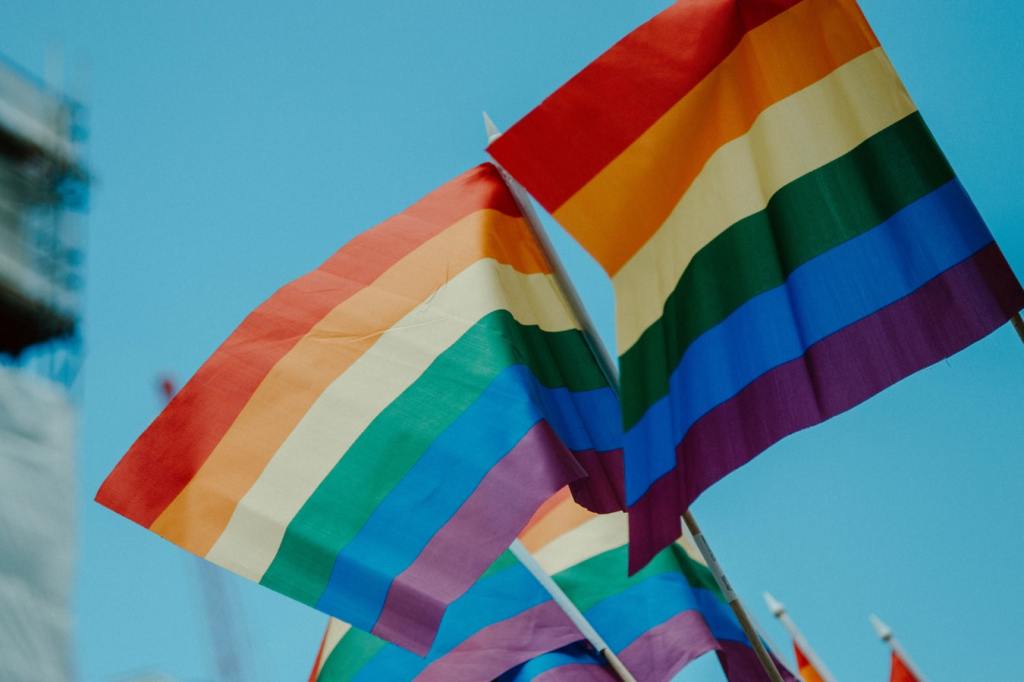 WARNING: This article is related to violence. Although details are not included, the incident is narrated. Content can trigger the memories of those who have previously exposed or witnessed violence, discrimination, hatred, and have traumatic effects. In such a case, you can contact the mental health professional you think can support you, contact the LGBTI+ formation in your city, or write to May 17 Association for support.

In Azerbaijan, at least 9 LGBTIQ+ people were attacked in the last 10 days. The rising LGBTIQ+ enmity across the country has coincided with the eve of Pride Month.

What's happening in Azerbaijan? Who's in charge of these attacks? What do the LGBTIQ+'s face in Azerbaijan? LGBTIQ+ activist Əli Məlikov told KaosGL.org about all these and more.

Consecutive attacks, harassment, threats and an Ombudsman that refuses to meet with LGBTIQ+s

We talked with LGBTI+ activist Əli Məlikov from Azerbaijan about the recent events and how this affects the LGBTI+ community. "We have faced serious LGBTQ+phobic attacks in our country throughout the year, but this time it all happened on the eve of the pride month", Məlikov said.

"At 03:00 on May 29, a trans man was attacked in the street. As a result of the attack, the victim's right stomach and hand were injured and he had to go to the hospital. Our friend was forced to flee his family home because of the violence from his family.

"On May 31st, our queer friend was harassed in the street.  Two people on the street started harassing our friend. At first our friend immediately tried to leave the area, but these people pulled off their shirt and started a fight. Someone hit our queer friend in the arm with a wine opener and our friend lost balance and fell. The attackers fled the area and their faces were not visible as they were wearing masks.

"Rabiya Mammadova, an activist, feminist and lawyer, was attacked by a car because of her political activities. The assailant insulted her by calling her a "lesbian", "whore".

"On June 5, a gay man was followed to his home and harassed and threatened. In fact, our friend says that if he hadn't rushed into the house, the phobic person would have been able to hurt him. Also, this friend was beaten by a homophobic man while walking down the street with one of his friends last year. Instead of finding the perpetrator, the police asked our friend, "Why is your body like a girl?" The police didn't conduct any investigations.

"On June 6, our queer friend who was attacked with a wine opener a few days ago and their roommate were attacked by their neighbors in the house they rented.  Neighbors tried to get them out of the neighborhood and threatened to stab them if they came back. Their belongings were left at home and they had to spend days and nights in their friend's house. "Their lifestyles are disturbing our children and mothers are worried," neighbors said.  However, police intervened after the matter was made public on social media.

"On the night of June 9th, a trans woman working as a sex worker in Baku was attacked by a person who called her as "customer".  She went to the hospital injured but was not allowed in. Hotel staff kicked her out by pushing her down the stairs. Although the victim went to the hospital, she was not admitted because she was trans and was transferred to another hospital, where she was also refused admission and transferred to another hospital.  The victim later filed a complaint to the Ministry of Health.  An ambulance attendant refused to treat the woman and complained to police accusing the trans woman of "spreading prostitution." The ambulance worker said he was "disgusted" with them.  The assailant was later taken into custody, but there were no reports of what happened to the ambulance worker or hotel staff. The victim has a fractured skull according to the first medical checks.

"On June 10, three trans women living near a cinema in Baku were beaten and evicted from their home. They were evacuated by the police. One of the women was attacked on June 9. Their belongings and money were left at home.  They went to the Ombudsman's office to protest, but "we don't admit complaints about LGBTQ+'s", the Ombudsman said, and didn't even let the complainants in."

“We are trying not to walk alone, not to enter our homes alone”

"Four of the queers who were attacked in this process are my friends," Məlikov said.

"We all are trying not to leave each other alone on the streets, not to walk alone, not to enter houses alone. When I walk into the neighborhood I've lived in for the last two weeks, they try to block my way, insult me, bully me."

Məlikov also mentioned the anti-LGBTI+ "Pure Blood" organization. "According to one of the newly established Telegram channels a few months ago, a youth movement called 'Pure Blood' appeared in Baku to find and beat people of "non-traditional sexual orientation". There were also threatening messages sent to the social media accounts of the queers who were visible during this time. In 2017, news on LGBTIQ+ hunts, gun pictures and messages such as "This is how you will end" was sent on social media", Məlikov said.

Məlikov said that LGBTIQ+ hunts took place in Azerbaijan in 2017 and 2019, and reminded that dozens of LGBTIQ+'s were kidnapped, starved for days, their hair was forcibly shaved, tortured and raped in 2017.

"A similar incident happened again in 2019.  Thus, trans and gay sex workers were taken to security units under the name of "inspection", but the detainees were only the LGBTQA+'s."

According to Məlikov, who also emphasized that Azerbaijan ranks last among 49 European countries in terms of LGBTQ+ rights in the last seven years, the LGBTIQ+phobia and political system are behind these recent attacks:

"In Azerbaijan, one of the countries where pride is above the law, perhaps people now understand the "pride month".  They understand that we are here as faggots, naughties, tomboys and that our existence is a threat to their power. They understand that we do not tolerate oppression, violence, and persecution. It is now accepted that we will not give our space, our home, our bodies, our identities - nothing that we have to the state, the police, the family. LGBTIQ+ phobia and the political system are behind each of these attacks. If the president of a country comes out and says, "In Europe, men are no different from women" that government is not innocent. If no action is taken despite the phobic attacks, if the police are protecting the violent, if the attacks continue today, these consecutive attacks are no longer a random process. The biggest culprit is the state, which easily violates basic human rights, abuses public opinion, and spreads anti-LGBTQ+ propaganda on television and third-hand news sites."

Məlikov tells the international community and LGBTIQ+ organizations have not adequately announced the incidents in Azerbaijan:

"The international community and LGBTIQ+ organizations need to react strongly to the issue because there have been more attacks in the country in recent days, and these are just the ones that have been publicly reported. While the reaction of the public and organizations does not solve many political problems, at least the police response to some attacks can be different. However, there is no statement at the moment, which makes us lose our hope."

Joint statement from the civil society representatives in Azerbaijan

Meanwhile, over 200 civil society representatives in Azerbaijan issued a joint statement urging authorities to take action. Stating that the state has to take effective measures against violence according to the country's constitution, they stressed that violence against LGBTIQ+ citizens should be investigated effectively and transparently.