A non-governmental organization LGBT Forum Progress was visited by Luke Clippinger, a state prosecutor’s assistant and a member of the House of Delegates of the American state of Maryland. 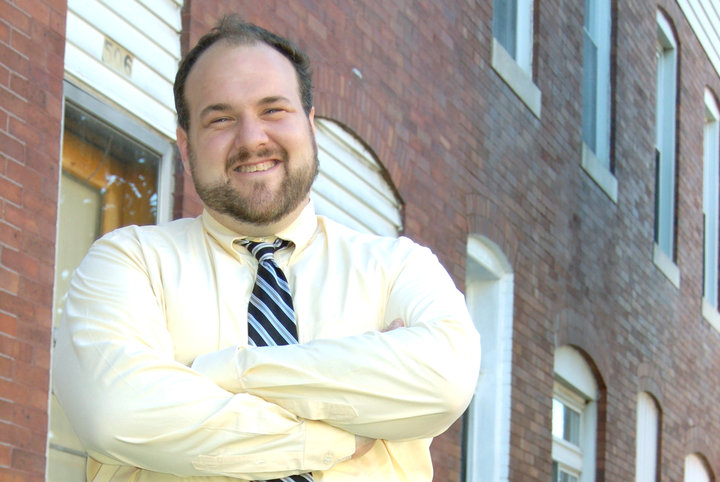 A non-governmental organization LGBT Forum Progress was visited by Luke Clippinger, a state prosecutor’s assistant and a member of the House of Delegates of the American state of Maryland.
As an assistant of the State Prosecutor he is in charge of domestic violence, and as a member of the House of Delegates of the Parliament of Maryland and its Judiciary Committee, he has been recognized by numerous legislative initiatives. This year he led a successful initiative to adopt a law on marriage equality in Maryland. He is also a respected  member of the Democratic Party.
Distinguished guest has shown the interest in the respecting of human rights of LGBT people, homophobia and violence in society and in particular the relationship between the government and judiciary system towards the LGBT community. Assistant of the State prosecutor visited the LGBT shelter and spoke briefly with two other residents.
Clippinger handed a written message from the Executive Director of the "Equality Maryland," which supported the efforts and activities for LGBT Forum Progress for equal acceptance of LGBT people in Montenegro as well as their donation of the expert and activist literature for internal library. Klipinger was part of the delegation of the Marshall Memorial program which also had a meeting with  the Montenegrin President Filip Vujanovic. The delegation traditionally resides in Montenegro within the organization of the Center for Civic Education.
Montenegro has a successful cooperation with the U.S. State of Maryland in many fields, especially in the military and the security field and the intensification of the cooperation is expected in the areas of Human Rights and in the improving of the status of the equality of the LGBT community.
Contact:
LGBT Forum Progres
E-mail: info@lgbtprogres.me
Web: www.lgbtprogres.me