“Do you think the sexual orientation of people is something importable?”

People’s Democratic Party (HDP) Ankara MP Filiz Kerestecioğlu reacted against Süleyman Soylu’s hate speech targeting LGBTI+s, at the Ministry of Interior budget discussions: “You will resign or demand to be exempt from, whatever you call it” 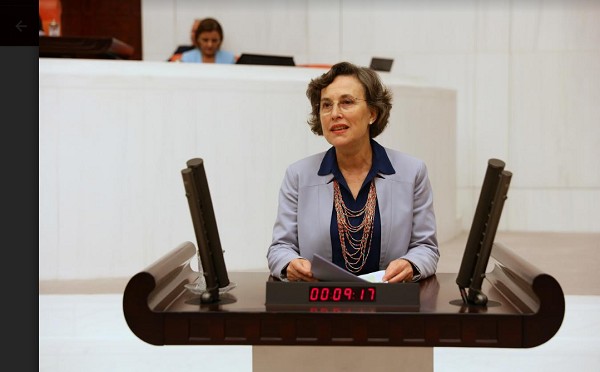 The final account law proposal for 2021 and budget law proposal for 2022 regarding Ministry of Interior, General Directorate of Security, Gendarmerie General Command, Coast Guard Command, Presidency of Migration Management and Disaster and Emergency Management Presidency (AFAD), and the reports of the Court of Accounts were discussed at the Grand National Assembly of Turkey (TBMM) Committee on Planning and Budget. Interior Minister Süleyman Soylu’s insults, in response to criticism directed at him, stamped the meeting.

“You are a minister in this country, you must protect the rights of all citizens of the state without discrimination. It is quite obvious that you are homophobic. I don’t say that you have to like anyone. You don’t have to like anyone either, just as you are not liked. However, if you are full of hate as much as you are not able to pull your weight, you will resign or demand to be exempt from, whatever you call it, that’s what is clear.”