From the report of HRFT: Hate speech against LGBTİQ+ augments torture

LGBTİQ+ applicants to HRFT, regarding torture and critical violation of rights, has augmented six fold in 2021. 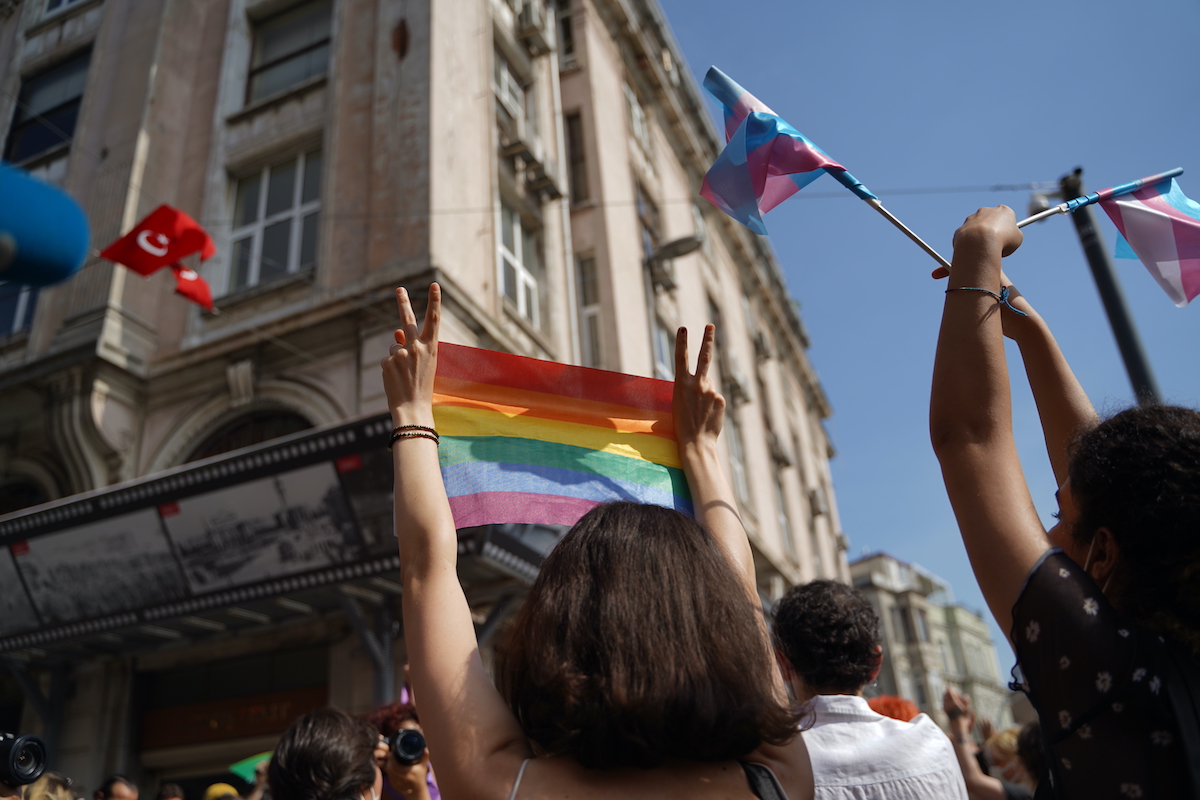 In the introduction part of the report, having evaluated the solemn results of COVID-19 pandemic, it is remarked that particularly workers, the poor, those in need, women, children, LGBTİQ+s, detainees and refugees, directly or indirectly, are most negatively affected by the ever-increasing inequalities.

“Surrender of all public spaces, especially those concerning fundamental rights such as health, education and a clean environment, to the market, and violent intervention by human beings in nature, gradually result in greater destructions and pandemics. Unfortunately it is experienced directly by large segments of the society.

Although the expression that nothing will be the same after the pandemic is widely used, we would like to point out that what will happen after the pandemic will be directly related to how purposefully we are and will be carrying out the requirements of a ‘human rights-based pandemic struggle together’ during the pandemic.”

In the “Evaluation of 2021 under the Topic of Torture” part of the report it is underlined that despite the absolute prohibition by the universal law, systematic torture and other forms of ill-treatment are becoming visible and turning into a message to the entire society as they are closely witnessed by a large part of the society:

“In an environment where the idea of a rights-based regime is gradually abandoned, torture and other forms of ill-treatment are ‘normalized’ and yet they are also tried to be made invisible at the same time.

Torture and other forms of ill-treatment, experienced at the peaceful meetings and demonstrations via the use of violence by law enforcement authorities against people, at streets, at public places, at houses, at offices, in places of detention and else, have reached a significant level in recent years and they became ordinary and also a part of daily lives by being normalized, especially with the new dimension brought by Covid-19 pandemic which has started in 2020.”

It is crucial to state that, in an environment where tens of thousands of people were released, the increase of detainees and convicts by five and a half folds in just 16 years, which is unprecedented in the history of our country, is also a summary of the relevant developments in our country in recent years.”

While the number of LGBTIQ+ applicants to HRFT, on the basis of torture and gross / serious human rights violations, was six in 2020; this number decreased six folds in 2021. It is remarked that the latest date of torture of 94,6 percent of LGBTI+s is 2021, within the context of the report:

“The reason of the decrease is considered as the homophobic hate speech and actions, which were made dominant at the actions and demonstrations like Boğaziçi Protests, withdrawal of İstanbul Convention, Pride March and etc., targeting LGBTI+s.

There are no LGBTI+ applicants to representative offices, except two provinces. Although it was reflected in the press that 20 people were taken into custody by being battered in the Pride March conducted in Ankara, in June 2021, lack of application to HRFT indicates that more efforts should be made in terms of service planning and announcements.”

It is recorded that 89,2 percent of LGBTIQ+ applicants to HRFT, were provided treatment support related to torture process in 2021, within the context of the report.

According to findings of the report, the most frequently complaints for LGBTIQ+ applicants are mental problems (86,5 %), musculoskeletal systems (83,8 %), problems concerning skin (59,5 %); and psychopharmacotherapy and psychotherapy are mostly recommended to LGBTI+ applicants, as methods of treatment.

It is remarked that 41,7 percent of LGBTI+ applicants are diagnosed with post-traumatic stress disorder; and the number of psychological interviews with women and LGBTI+ applicants, depending upon the major depressive disorder experienced, is significantly far more than man applicants, within the context of the report.

You may reach HRFT Treatment and Rehabilitaion Centers Report (2021) in Turkish, here.