Gökçe Gökçen: “The truth is all the LGBTI+’s you are targeting are just trying to survive”

“The truth is all the LGBTI+’s you are targeting are just trying to survive, they are anxious with thoughts like ‘Are we going to be murdered like Hande Kader?’” 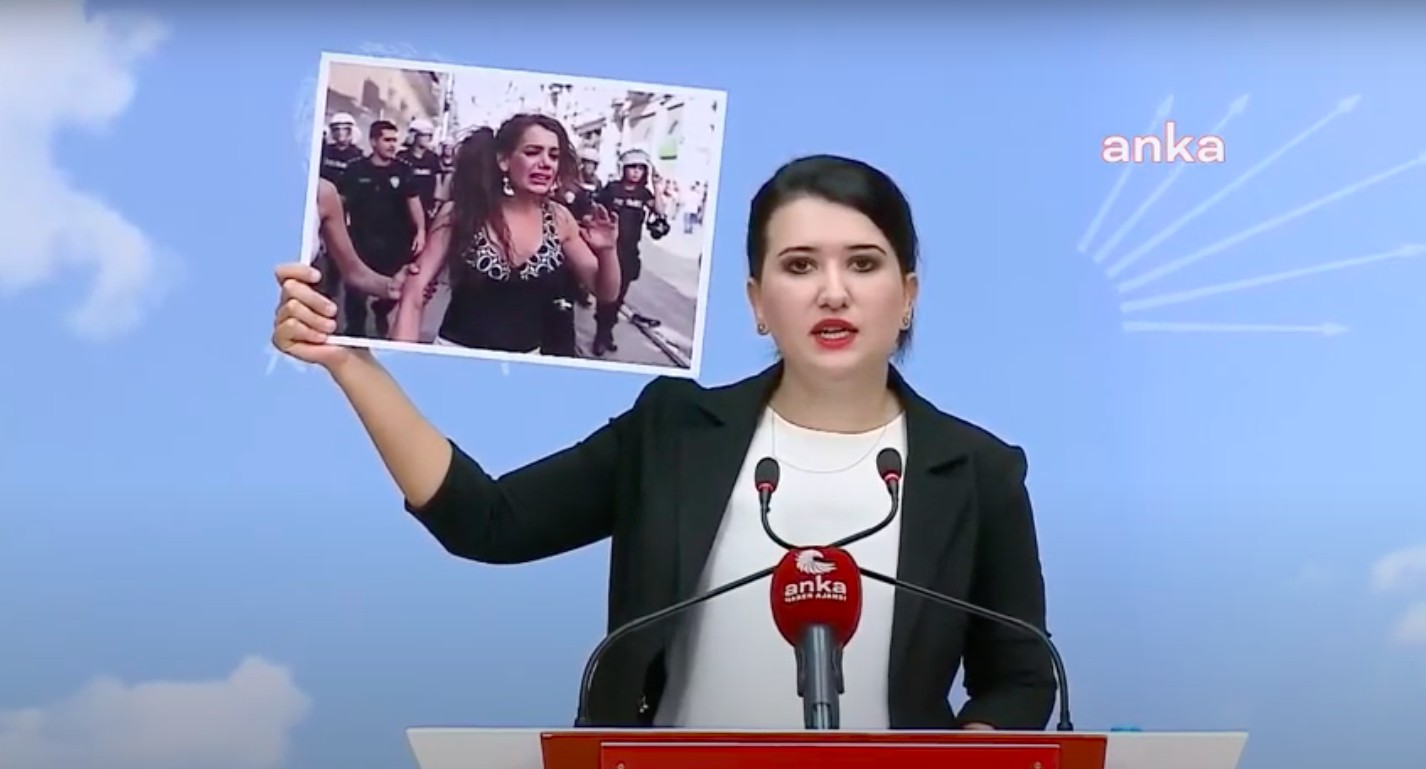 Republican People's Party (CHP) Deputy President for Youth Policy Gökçe Gökçen made a statement at the party headquarters regarding the Boğaziçi University protests.

"The Minister of Interior said, 'Four LGBT perverts were detained' and openly targeted people because of their sexual orientation. Then, Presidential Communications Director Fahrettin Altun shared a tweet with misleading information, including the official document that said, 'It was decided to abolish the candidate status of the LGBT studies  candidate club, as of February 2.' The Presidency messing with a student club of a university like it has nothing else to do. It turned out that the subject of discussion was not organized by the LGBTI club."

Gökçen said the following about the "The truth is" post of the General Directorate of Turkish Police Force, which has drawn criticism on social media:

“The General Directorate of Police Force carried out another propaganda activity. They wrote 'the truth is...' Let me tell what the truth is: The truth is all the LGBTI+’s you are targeting are just trying to survive, they are anxious with thoughts like ‘Are we going to be murdered like Hande Kader?’ A female worker at Bimeks is saying, ‘I am 48 years old, nobody is hiring me, I gave my youth to this factory. I worked without sitting, my knees do not hold me anymore, I am selling pretzels in the morning in front of the factory to earn 20-25 lira. They have exploited me.' The way you are treating 82-year-old Emine Ocak, who was detained at the 700th meeting of Saturday mothers and was also declared a terrorist. Oğuz Arda Sel, whom you killed with your negligence and who will always remain 9 years old and you shamelessly judged Sel's mother instead of those responsible for the murder. Ali İsmail Korkmaz, who will remain 19 years old, was beaten to death. The 301 miners from Soma that we have lost. Rabia Naz Vatan, whose file you closed. Nadira Kadirova,  whose file you also closed, was found dead in the house of an AKP deputy. The handcuffs you attached to the gates of the university. The electronic handcuffs, which you constantly refuse to use against those who resort to violence against women, but which you deem appropriate for the youth of this country. It is this darkness where students are imprisoned while those who say "We are making a list of those to be killed" are free. "

“We said on the first day and we say it today: You cannot show people as targets. You cannot make hate speeches over identities. You cannot use public institutions to declare a part of the public marginal. You can't ban colors. You cannot declare students as terrorists. You cannot prohibit constitutional rights at your will. You cannot get the support of mafia leaders, and say things like 'if you have the guts'. You cannot insult our world-known respected professors by saying 'someone's wife'. You cannot threaten people 'we can finish them off at night, and pretend nothing happened at next morning' through your so-called deans."