Hundreds of women and LGBTI+s said “We have the power to change” at the İstanbul March 8 Great Women Union. Trans+ Cortege participated in demonstration by passing over police barricade: “We are queer, we are here, feminist rebellion is everywhere!” 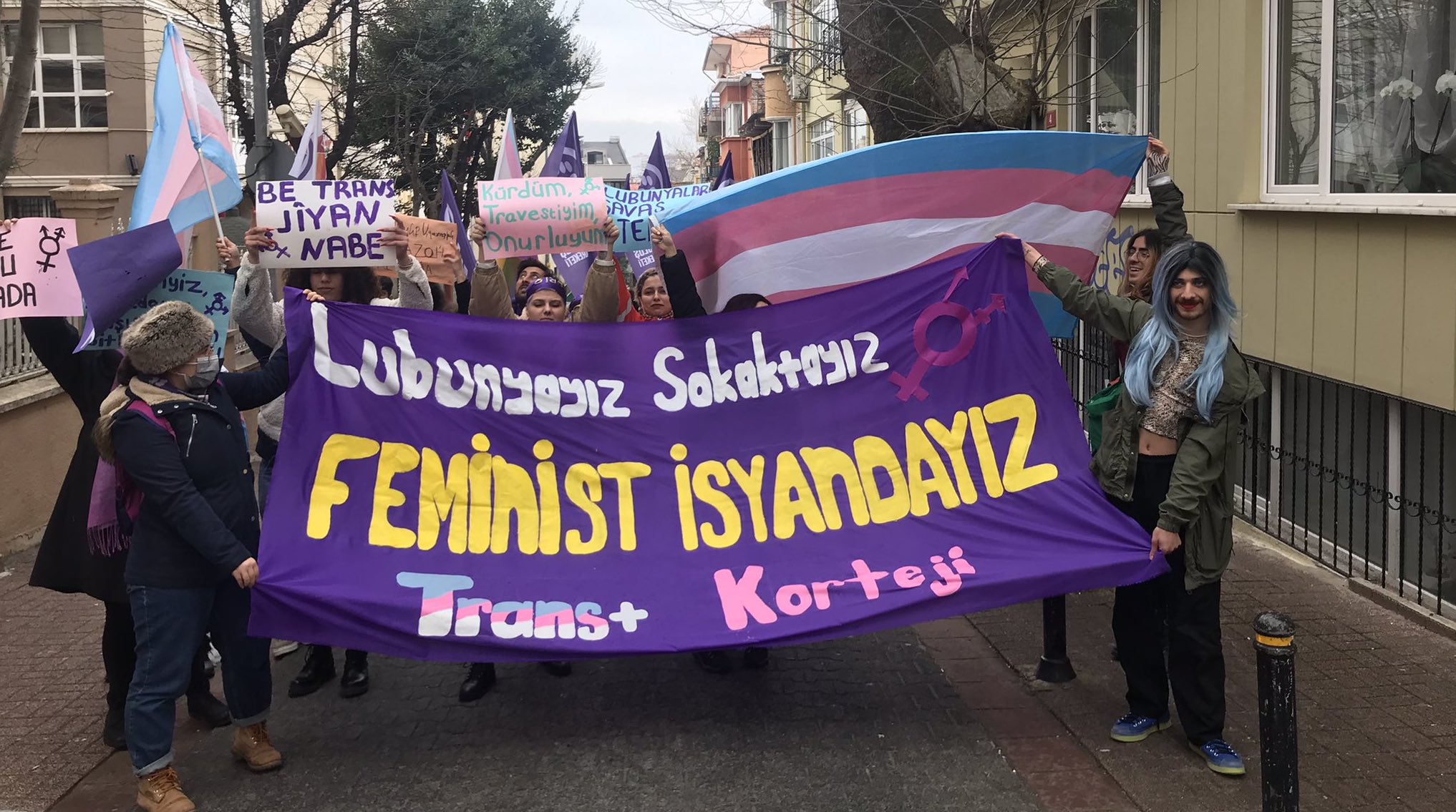 A demonstration was organized in Kadıköy at the invitation of the İstanbul March 8 Women’s Platform within the context of March 8 International Women’s Day.

Women and LGBTI+ organizations said “We have power to change” at the Great Women Union. Coming together at various streets in Kadıköy, women and LGBTI+s walked towards İskele Square.

Police attacked to the Trans+ Cortege, who were walking towards İskele Square with the banner “We are queer, we are here, feminist rebellion is everywhere!”, in Khalkedon Square. Women shouldered barricade shouting “Unspar, unspar, remove the barricade!”. Women’s resistance found a way around the barricade. The march went on with the slogans like “Shoulder to shoulder against fascism.”

Hate murders targeting LGBTI+s were remarked at the statement which was read in Turkish and Kurdish in behalf of March 8 Women’s Platform.

“Attacks against LGBTI+s gradually increase and there is an effort to normalize hate speeches. LGBTI+s, who are exposed to homophobia, transphobia and economic violence, are tested by poverty and they are driven suicide like Zirve Soylu.”

“We know that these are not suicide but murders of heteropatriarchal capitalist system. Pride marches are banned every year and the scenes of violence against LGBTI+s come our way once again. We repeat that we will not make peace with the gender stereotypes of patriarchal system and trans murders are political!”

The statement was completed with the emphasis on organized struggle:

“We are here as homemakers, as jobless and poor women, as refugee women who are within sight as spoil of war in Ukraine and Syria, as Colombian women who struggle against abortion rights, as slaughtered women, as LGBTI+s who are exposed to homophobic and transphobic attacks, as women who are exposed to harassment and rape, as women who survive thanks to defending their right to live, as ill prisoners, as Aysel Tuğluk, we are here as the oppressed women all around the world!”