HIV+ people’s rights of privacy, work and health are violated

According to the report of the Positive Living Association; HIV positive people’s right of privacy, right to work and health are violated most. 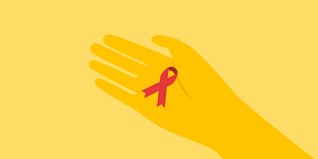 According to the report by The Positive Living Association Legal Advisor Adv. Esra Erin, the most violated rights in three months are the prohibition of discrimination with 32 cases, the privacy of private life and family life with 29 cases, freedom of employment and contract with 14 cases, and the right to health with 13 cases.

According to the report, the private lives of people living with HIV are the most violated. People living with HIV; are exposed to questions about sexual orientation and gender identities, their HIV status is shared with others without their consent, the privacy of HIV status is violated in all aspects of their lives. The report also emphasizes that the person's HIV status is health data and personal data that must be protected under private life in the Constitutional Court decisions.

Working life is the area where people living with HIV experience the most violation after the violation of the right to privacy. According to the report; People living with HIV are forced to test for HIV during the recruitment and during continuity to their jobs, are exposed to questions about their lifestyle, the confidentiality of HIV statuses are being violated, business conditions are changed, employment contracts are terminated, and their social rights are restricted.

Also, forced HIV testing by onsite doctors and the absence of protecting the personal health data of workers living with HIV, psychological harassment (mobbing) practices against individuals living with HIV are among the common violations in working life.

Cases reflected in the media

In the report, it is mentioned that the association provides legal advice and the cases that are reflected in the media are also described as follows:

“Media's usage of discriminatory language has a principal role in legitimizing and intensification of hate speech and discrimination of racist judgments and convictions for minority communities due to ethnic, religious, cultural reasons or gender identity, sexual orientation, disability, age, appearance, lifestyle.

Some news headlines that include stereotypes and hate speech were also shared in the report:

* “The Number of Aids Increased 7 Times in 8 Years”

* “HIV scandal at Private Etiler Hospital! The patients were quarantined, the hospital was closed. ”

* “Y.O with AIDS has good body health but not mental health”* "AIDS maniac."

* “Details of the horrifying event in the café! HIV virus… ”

* “AIDS scandal in the hospital! They used it in 15 patients ”

* “Scandal claim in the hospital! The material of the patient with HIV was used in 15 more ”

“Discrimination increases the severity of trauma after diagnosis”

In the evaluation section of the report, it is emphasized that even though it has been more than ten years since the Positive Living Association's latest 2009 Violation Report was published and violations have been carried out in the treatment of HIV infection, violations against individuals living with HIV continue:

“Finally, all these processes increase the severity of the trauma occurring after diagnosis in individuals living with HIV and cause post-traumatic stress disorder in individuals in the ongoing processes. Individuals living with HIV are confronted with internalized HIV stigmatization, which is often the result of social stigmatization and social stigmatization. Psychosocial support provided by mental health professionals help the individual to return to the usual decision-making processes and ongoing life routine by improving his ability to cope with this spiral stigma. In this routine, the individual who encounters a violation of rights due to HIV, establishes the cause-effect relationship related to discrimination to which he/she is subjected in a healthier way and participates more effectively in the rights-seeking processes. Unfortunately, access to psychosocial support services provided after a diagnosis of HIV infection is very limited. Currently, only NGOs are employing mental health professionals such as social workers and psychologists that can provide effective psychosocial counseling. It is clear that there is a need for the presence of mental health professionals specializing in HIV in health institutions, which are the places where the diagnosis is explained; but unfortunately there is no known study on this subject.”