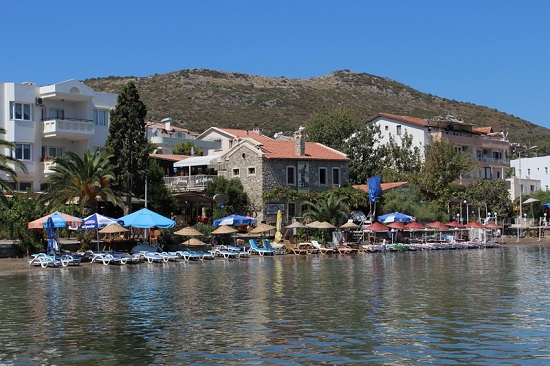 Yasin Keskin of Vegisso Kitchen suffered a homophobic attack in Aegean coastal town Datça. Another person alleged to be a plain-clothes police officer participated in the attack. The police who responded to the attack then mocked Keskin rather than catching the attacker.

On the night of Saturday, August 15th, Vegan LGBTI activist Yasin Keskin suffered a homophobic hate crime in the town of Datça in Muğla province. Keskin, who first encountered disconcerting looks while dancing at the bar he went to have fun, later took a punch from an unknown person as he left the bar. Following this, a person alleged to be a plain-clothes police officer attacked Keskin with a pipe.

They saw him inside the bar and attacked outside

Keskin explained his experiences to KaosGL.org:

“We went to Datça for a one-day holiday as three friends. In the evening we went out to have fun and were dancing. While there I noticed that a group of men was giving us dirty looks. At the end of the night we came across a fight outside. A group of men was fighting.”

“At that point, although we had nothing to do with the fight one of the people from inside who had been giving us bad looks suddenly came up to me and smacked me. The area under my eye is still deep purple. After being hit I started yelling. The person who hit me ran away but then someone else started to attack me, this time with a pipe. Later the people around us said that the second attack was by an undercover police officer. And the bar owner, rather than helping us, threw us outside.”

Homophobic discrimination from the police

Immediately after the attack, Kesin called the police. He then recounted the attack to the police squad that came, but the officers laughed at him instead of taking his statement:

“The police came a while after I called them. I ran to the police car right away, but they didn’t pay attention to me. When I explained what had happened, the police and other people there laughed at me. I experienced violence, but they were preoccupied with making fun of me, probably because they were thinking, ‘What are we going to do with a fag?’” I said for them to take me to the police station and take my statement but they would not take me. They refused to carry out the procedure.”

Keskin reminded us that while he was living in Istanbul, he had faced violence from the police because of his homosexuality, and that following the homophobic attacks he has suffered in the past he again encountered discrimination at the police station and in the justice system. “Both because they laughed at me and because of my previous experiences, I distanced myself from the police,” he said.

“They were already watching you…”

While Kesin and his friends were trying to get away from Datça, two motorcyclists began following them. According to what Keskin explained, the motorcyclists’ words summarize the events of the night:

“The people inside were already watching you all. Be careful and get out of Datça. They will lynch you here. They are dangerous.”