A group of five attacked LGBTI+’s, shouting “İbneler” (Faggots). The sentence that the victims first heard in the hospital was, “You are used to things like that”. 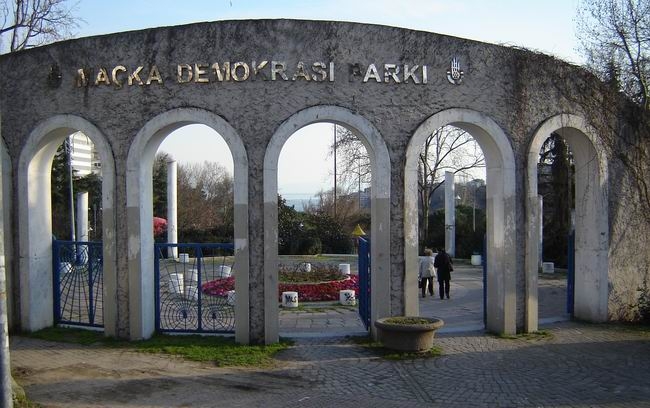 “They said ‘Turn the music down you faggots’ while walking and then attacked us. I passed out, I opened my eyes at the hospital.”

These words belong to Turgay. A group of five men attacked Turgay, a queer person and their friends shouting “Faggots” on the night of June 4.

Turgay and their friend walked in Maçka Park on the night between June 4 and 5, and a group of five first said "Turn the music down you faggots". Then they attacked.

Describing his experiences to KaosGL.org, Turgay said, "We were listening to music on low volume. They said 'Turn the music down you faggots". According to Turgay, after verbal abuse, they attacked Turgay and their friend. Turgay lost consciousness in the attack and fainted. Turgay's friend called the ambulance and Turgay opened their eyes at Şişli Etfal Hospital:

"We were going home from Maçka Park." Don't turn the music on, faggots,' they yelled. Then they attacked. They walked at me before I could even say what are doing, while they were trying to hit my friend. I fainted. I opened my eyes in the ambulance."

Discrimination at the hospital: “You are used to things like that”

The things that Turgay and their friend exposed to weren’t limited to the assault. They were exposed to discrimination at the Şişli Etfal Hospital:

"My friend's two teeth were broken, their jaw was swollen. There were bruises on all over my body, I was drenched in blood. I passed out and they kept us waiting at the hospital for a long time. They examined me after my friends forced them to do. And while I was being x-rayed, the professional said, 'What happened to you?' I said, 'I'm covered in blood, don't you see?' and the professional immediately turned to me and said 'You are used to things like that'."

Turgay filed a criminal complaint today after the attack. The attackers have not yet been caught. Turgay, who says they are in a very bad state psychologically but able to recover with solidarity, says they will seek their right and monitor the legal process.

Earlier this year, Turgay was once again subjected to a homophobic hate attack. Saying that they were previously assaulted in Beyoğlu on New Year's Eve and saved by a trans women Turgay said, "In the first time, I did not file a complaint to ensure my family doesn't get into trouble or hear about it. And I decided not to stay quiet about this when that happened again for no reason at all. I hope that these attacks on women, LGBTI+'s, will not happen again."

According to the Homophobia and Transphobia Based Hate Crimes Report 2019 of Kaos GL, perpetrators are consist of two or more individuals for the two-thirds of the homophobia or transphobia based hate crimes. In the 41 of the 150 cases that took place in 2019, i.e. quarter of the cases the perpetrators are more than three people.

This finding is explained in the preface of the report as follows:

"First of all, members of the hegemonic and majority group are committing these crimes as a show of force against LGBTI+'s. Although there is only one victim of the crime, the perpetrators are cooperating in these political crimes to "send a message" to an entire LGBTI+ community and to consolidate power over them. In addition, in the words of Prof. Dr. Melek Göregenli, "they share responsibility for the crime" while committing these crimes as a mob. In a sense, they legitimize these acts, which are blatant crimes under the penal code, and even transform the crime to punishment for LGBTI+ people."