“If this is a secular country, you can not impose religious uniformity”

HDP Ankara Deputy Filiz Kerestecioğlu reminded that the Religious Affairs Administration, which scapegoats LGBTI+'s and those who are living with HIV, is a public institution. 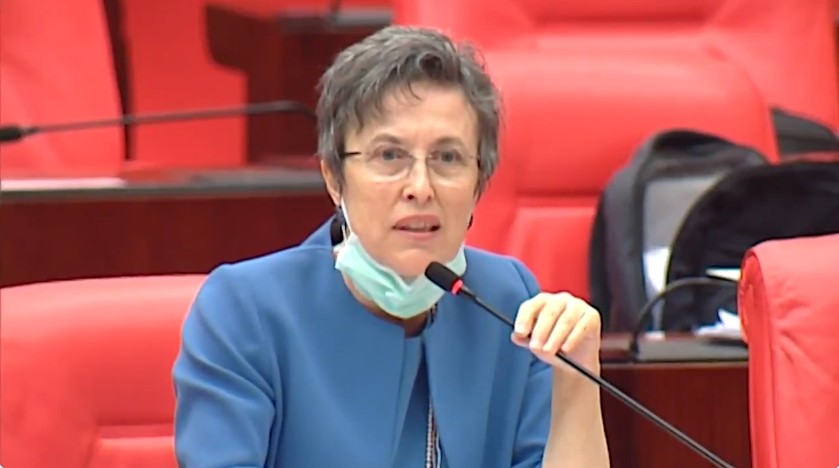 HDP Ankara Deputy Filiz Kerestecioğlu reminded in her parliamentary speech that the Religious Affairs Administration, which scapegoats LGBTI+'s and those who are living with HIV, is a public institution.

"Was that the statement expected of the Head of Religious Affairs during the Pandemic?"

The statement of Kerestecioğlu is as follows:

"The Religious Affairs Administration works as an institution of the state. There's no secular system like that. Do you know what they said? They said 'the homosexuals are cursed, homosexuals and adultery bring diseases with them' because they don't consider LGBTI's as human beings. So, was that the statement expected of the Head of Religious Affairs during the Pandemic?"

She continued as follows, as an answer to the voices that say "Yes"

"Bravo then. As a human rights advocate and lawyer, I can't find anything to say if you say yes to that. Then my friends, next step is the gas chambers. If this is a secular country, you can not impose religious uniformity. There are different opinions on this subject and anyone can express them. If you can't accept LGBTI's, to whom your president has addressed in a very friendly manner to get votes, as human beings that have the right to live, there are no words that can be said to you. Your development has been halted at this point, and the tire is rolling down from here. That is why we are saying 'You are going down'.

“Scapegoating is a hate crime”

"This is a hate crime," Kerestecioglu said in the Parliament, as a reaction to the hate khutbah of the Religious Affairs Administration, targeting LGBTI+'s and those living with HIV.

"The Religious Affairs Administration issued a khutbah on April 24. It was about LGBTI's and adultery. It was a khutbah of hate. In fact, he was confusing people with such a perception; during a pandemic of another virus, he talks about HIV, and at the same time he targets these people as if they are guilty of the pandemic. Issuing such a khutbah in such dire times and scapegoating people is a hate crime, on which, the Ankara Branch of the Human Rights Association has filed a criminal complaint."