“In the Tenderest Spot” was opened

The exhibition of “In the Tenderest Spot”, which contains Furkan Öztekin’s artworks produced as a part of Ankara Queer Art Program – Artist Residency, was opened on 13 November at Siyah Beyaz Art Gallery. 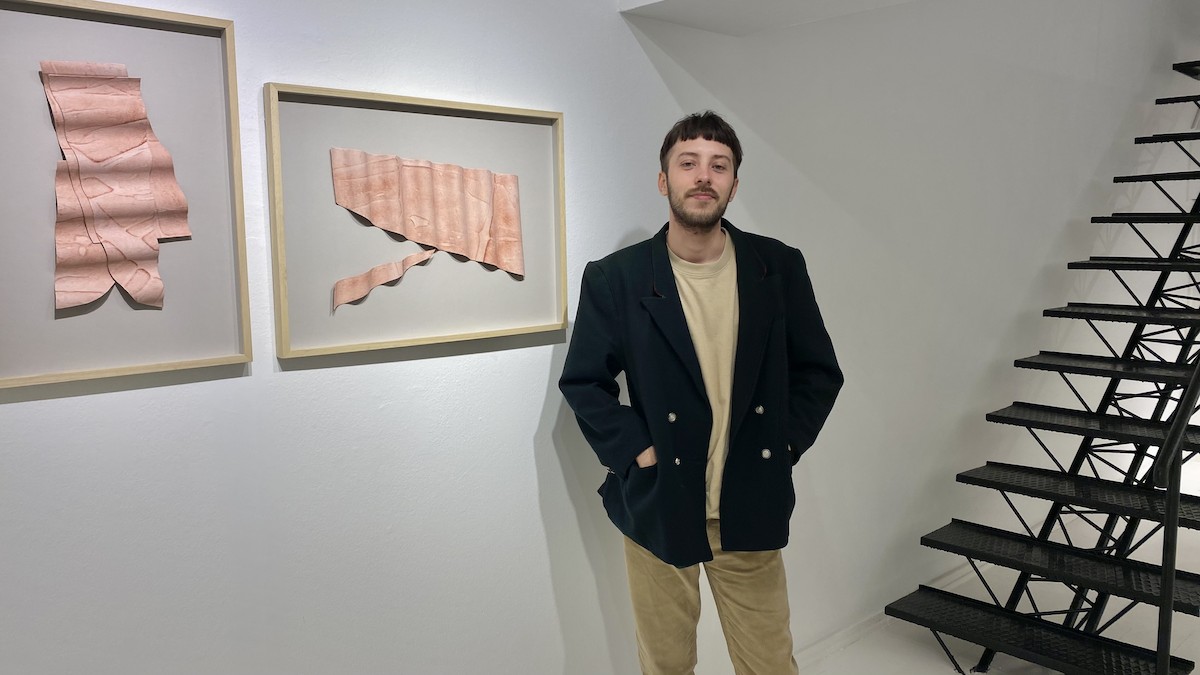 The artworks of Furkan Öztekin’s, guest artist of Ankara Queer Art Program  - Artist Residency, met the audiences on the 13th of November at Siyah Beyaz Art Gallery. The exhibition called “In the Tenderest Spot” which attracted a great deal of attention at the opening, can be visited until 8 December.

Taking its name from the poem “Second Anniversary” by American queer poet Tim Dlugos, “In the Tenderest Spot” exhibition draws Furkan Öztekin’s artworks, produced as a part of the Ankara Queer Art Program, together.

Öztekin, with whom we met together during the opening, explained the preparation process as follows:

“I spent two months, July and August, in Ankara within the context of Ankara Queer Art Program. In the first month, I made some investigations, I read and spied out the land. The following month was time to make physical production for me. I focused on the concept of  “queer opacity” at this period. I started to make visual workouts related to queer opacity and we decided to hold an exhibition with the budget provided for the guest artists within the scope of the Ankara Queer Art Program. I had been able to complete all the artworks at the exhibition in August, only technical preparations had remained. Having hurdled the technical details, we preferred Siyah Beyaz Art Gallery, which is active since 1984 in Ankara, for the exhibition.”

Concepts turn into a form of resistance via different shapes

Öztekin queries the queer potential of the concepts like “in-between”, “uncertainty” and “illegibility” in his productions for which paper was used as the main material. These concepts, which are determined as a method to reorganize the past, turn into a form of resistance via different shapes. Öztekin also talked about the productions that take place in the exhibition:

“My productions, I made during two months passed in Ankara, Ankara Queer Art Program take place in the exhibition. Fragments from a Diary, which I kept during Ankara Queer Art Program and the photographs taken at this period, also accompany my productions. While thinking about the concept of ‘queer opacity’ we decided to include one of my artworks from 2015 in the exhibition. “Close Alliances” series, which is a mixed media on styrofoam and created by using different media forms and a few shinglings, is also on display in the exhibition. A group of mixed technical works created with candle, silicone and cellophane tape, will be displayed.”

The series Close Alliances (2021) comprised visual trials regarding Nicholas de Villiers’ concept of “queer opacity”. Paraffin, silicone and cellophane tape put up a semi-opaque wall between us and the image.

What is Ankara Queer Art Program?

Ankara Queer Art Program – Artist Residency, which hosts visual artists from Turkey and abroad in Ankara and focuses on the possibilities of artistic expression of queer politics and new opportunities.

The program provides artists with two months of both living and working space while supporting and promoting production and research processes. During this time, artists will have the opportunity to work with artists, activists, academicians, and curators from Turkey and hold meet-and-greet meetings for possible collaborations with different art fields.