The attacks and torture of the police forces did not take place in the indictment. 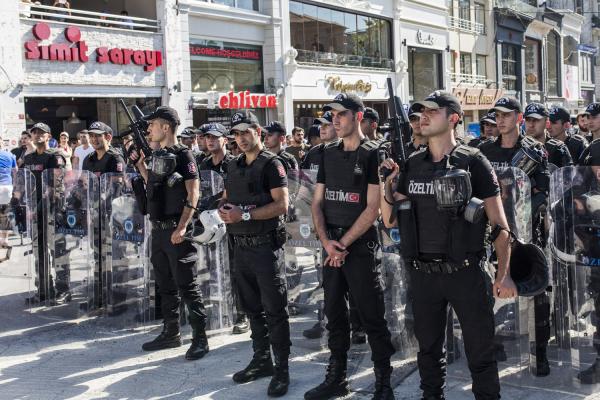 The prosecutor demanded that people detained on 25 June 2017 LGBTI+ Pride March are to be prosecuted with the grounds of opposition to the Law on Meetings and Demonstrations. The attacks and torture of the police forces did not take place in the indictment.

After an investigation, the public prosecutor has prepared the indictment about the detainees of Istanbul LGBTI+ Pride March on 25 June 2017. The prosecutor demanded that people who were taken into custody and people who were alleged to participate the March by camera records are to be prosecuted on the grounds of opposition to the Law No.2911 on Meetings and Demonstrations.

In the prosecutor's indictment, all-day-long police violence could only take place with expressions of "using force adequately ".

Istanbul Governorship announced in the last minute that LGBTI Pride March where police violence has occurred since two years will not be allowed again this year. In the announcement, such statements took place:

“There are serious reactions from different segments of the society against this March”, “It will not be allowed to organize any march or demonstration before/ in/ after the day by considering the safety and security of the tourists and public order”.

Police, and nationalist and Islamist groups attacked the 15th LGBTI Pride March. The police forces who closed down Istiklal Street did not allow anyone carrying something with rainbow symbols or anyone who will be a potential participant of the March to walk into the street. When people ask how they decide which person is potential participant or not, police answered that they decide in terms of “their intuitions”.

During the March, some of the detainees stated that in the police car they made them listen Quran forcefully. Most of the detainees were battered and police used rear-handcuffing as a torture method.

Four lawyers who were giving legal support to Pride Week were also taken in to custody. Then after one hour they were released.

Nationalist and Islamist groups attacking the event were walking around Taksim all day long. Some of those attackers were also taken into custody, but according to some witnesses police were approaching them very friendly during the custody.

How to “pass” police tests in Istanbul LGBTI+ Pride March