Erkan Altay was hired in December 2019 in the department of White Desk at the Istanbul Metropolitan Municipality. He claims that his open LGBTI + identity is being punished because he openly criticized the wrongs he had seen. 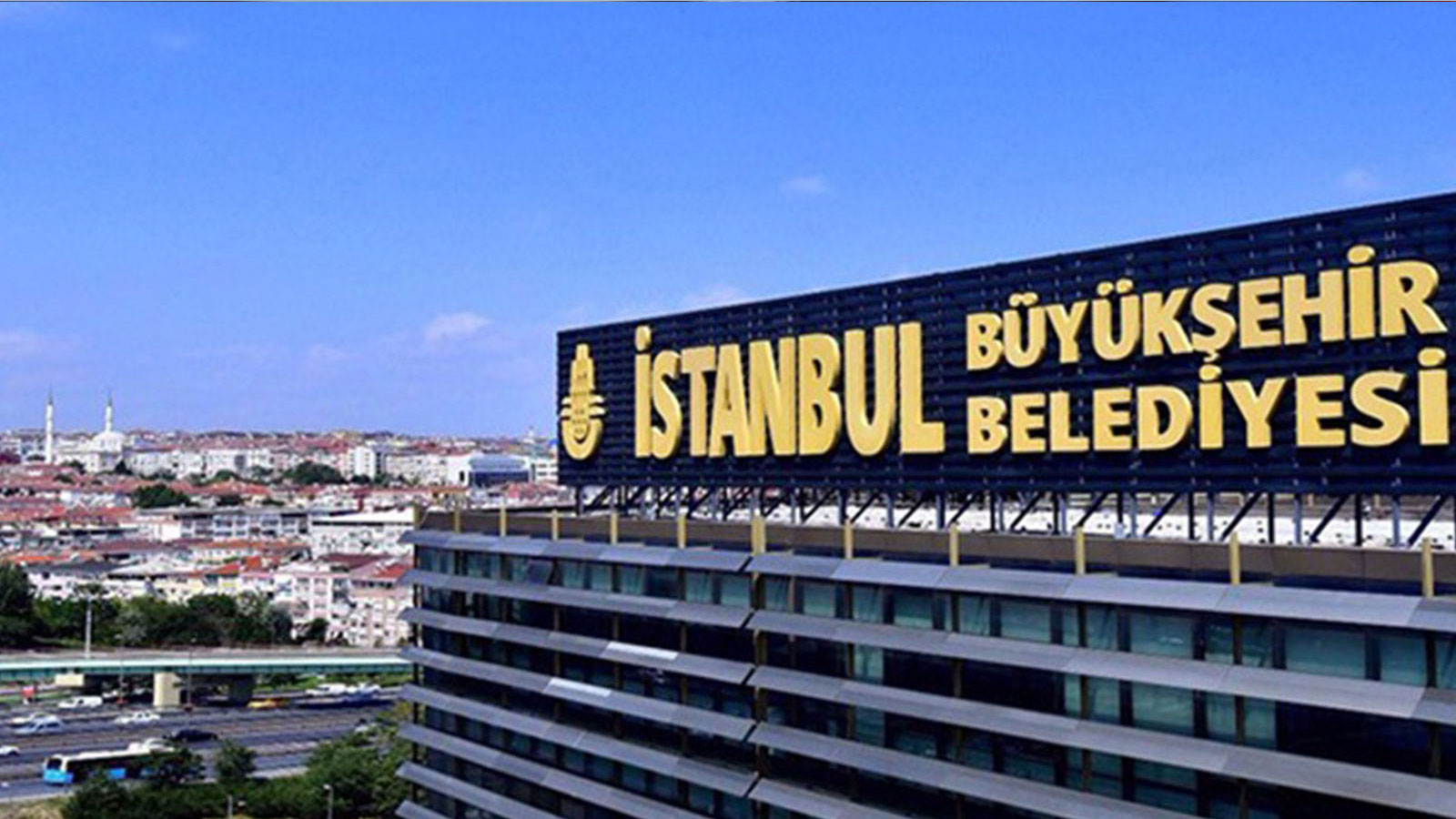 Erkan Altay started to work at Istanbul Metropolitan Municipality (IMM) in the department of White Desk in December 2019. After signing the contract, the IMM workplace doctor asked him about the reason for his exemption from military service. Altay said he received report for being gay. After this question, everything started to change against Altay. He went to his manager F.S. to depict all the case he experienced. After he explained the things he experienced to his manager, he was dismissed on 6 January.

Altay states that his manager displayed discriminatory and reactive behaviors after Altay explained the difficulties he experienced during and after the hiring process to his manager.

The IMM officials and recently elected social democrat party CHP Mayor Ekrem İmamoğlu have not made a statement yet. 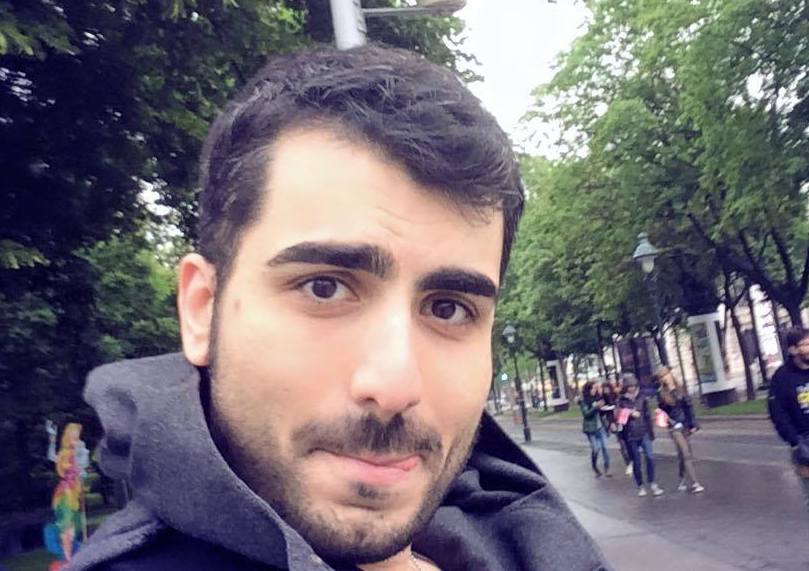 Altay explained the process to KaosGL.org:

The reason for exemption from military service was asked

"The recruitment process started with highly fair tests. We were interviewed after exams such as general culture, general talent, and keyboard test. There was no priority for any political opinion. I really liked the atmosphere where every kind of people of different world views was invited to the examination process. My interview was short and positive due to my qualifications and experience. Besides, I have not been subjected to any test besides knowing the municipality and Istanbul and explaining myself.

“The next day, I was informed that my recruitment process was positive. I found out that the simple public relations tactics that I learned during my faculty education were being applied to us. Since my home was far from work, I needed to decide to move closer to my workplace but I was not informed about the salary when I asked for salary information. They started to sign contracts in the waiting room, I asked for salary again I did not get answers. 'You will learn inside' they said again. I said 'well' and signed the contract because of my trust in the institution I will be working.

“Inside, they told us in groups that there was no clear figure about salary but that we just needed to feel sure that it isn’t going to be below the minimum wage. They added that there would be differences in January, and the road and food fee would be included in the salary. After completing the procedures, we went to the infirmary with other friends in the group. Here, the IMM doctor asked about my exemption from military service. I clearly stressed that it was because I am gay. Then I went home.

"I thought this process was troubled and this progress was not fitting to the framework of our municipal’s indispensable democratic and transparent management approach, and on the day when we started training which was the next day, I quoted what I had experienced to the F. S. who started to work in the unit in the previous period and was appointed as the manager by the president in the new period.

“Contrary to his attitude in the board, she spoke to me in a top-notch and aggressive way as if she had learned a dirty secret about me. She had a judging attitude towards me and my actions. I tried not to give any chances to what I was exposed. I stated that I believed that we were experiencing a process that was not suitable to the viewpoint of the municipal, and it would be more correct to receive a salary offer and make a decision accordingly. I also explained that the working conditions were not explained clearly I didn’t understand how the position should be suitable to our qualifications. I said that there were people of all qualities in our group and what features were not emphasized to be advantageous for us to rise in career planning. Mrs. Principal asserted that I insulted people with low quality within an approach she did not respect me and said that she did not understand what I meant. I also told her that I was the last person to do that because I am very sensitive about discrimination. But with a happiness of finding excuses, she then said, 'We are considering the process related to the English departments, your choice.' But she didn’t sound to be interest in my condition. So I thanked her and left. 'thinking that at least, I will have possibilities to move to other branches' I continued to work in harmony with my friends.

"I did shopping during the week, I moved my house from Besiktas to Merter district in Gungoren. I got along quite well with my co-workers, and soon I made cordial friendships with them. I continued my training without any problems. I went on like this for a week, and established my new life accordingly.

“On the afternoon of January 6, 2020, my name was announced in the middle of the training class and I was called to the principal's office. I was informed that they had decided that I would be unhappy there with the manager and two human resources staff and that work did not comply with my qualifications, and that I could apply for another job to be opened after a month related to my qualifications. So, I was clearly laid off. I naturally got angry and stressed that it was unjust what I was exposed and toying with people like that was unacceptable. F.S. who tried to cut me off and suppressed me with two people of the human resources team panicked and tried to silence me when I told them that I had understood their attitude because of my gay identity. They said it is not about my sexual orientation it is about i am too qualified( good university education, fluent English, diction certificates etc.) for this position. After hearing this i was very surprised to be fired because there are more than 80.000 employees which makes that claim impossible.

“I mentioned that the President didn’t deserve executives like her, that I followed the municipal enough and the actions which were displayed to me were very wrong. I was fastidious at showing respect. I left the room and the building without signing any documents. I don't know if the IMM physician has shared my exemption grounds with third parties, but suddenly I had to face a change of attitude towards me and the termination of my contract.”

"I have faith that it will be fixed"

Altay went on his words by saying that he will be very upset if something bad happens to the municipal, Ekrem İmamoğlu and the injustice he was put face to face will be fixed:

“I wish only those who remained from the previous period should be investigated more during the appointment period. I live my life somehow, but I'm sorry that my dear friends, who I was training with, were also exposed to this process. People surely need work but I observed it as a responsibility to oppose to an action especially in a public institution with the understanding that anybody will accept what we give. When I was called in the middle of the class and notified about my work termination, I gave no information to my friends nor my instructors about this issue and went directly to collect my belongings. I left, saying that I was directed to another department. As I set up my new order in a different vicinity, I got into a contradictory condition with my family and relatives. I was materially and spiritually victimized. I have faith in the situation that this issue will be fixed in the best way as it was at the beginning which interviews were conducted fairly and in a short time.”