Joint reaction against hate in Diyarbakır: We stand by LGBTI+s!

The bar association, trade unions, associations and foundations made a joint declaration in Diyarbakır and announced that they stand by LGBTI+s against hate. 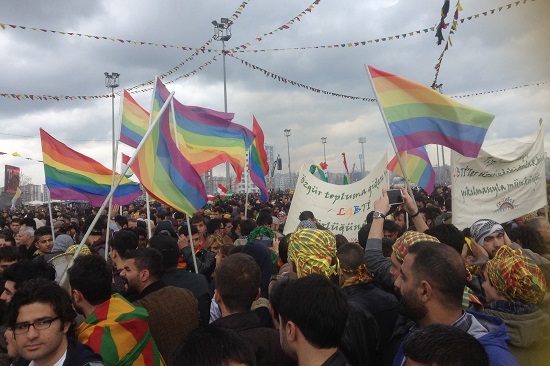 Reminding the bans on LGBTI+ actions and events since 2015, the institutions drew attention to the unlawfulness of the ban decisions within the scope of their joint declaration:

“We once again underline the obligation of the state to prevent sexual orientation and gender-based discrimination and to fight against hate policies in accordance with the principle of equality regulated in Article 10 of the Constitution, and we remind that the hate rallies cannot be considered in the frame of Article 34 of the Constitution and Article 11, regarding freedom of assembly and association, of the European Convention on Human Rights.”