Kaos GL and Pink Life filed a lawsuit against the ban announced by Governorship of Ankara, demanding the court to cancel the ban and halt the execution. 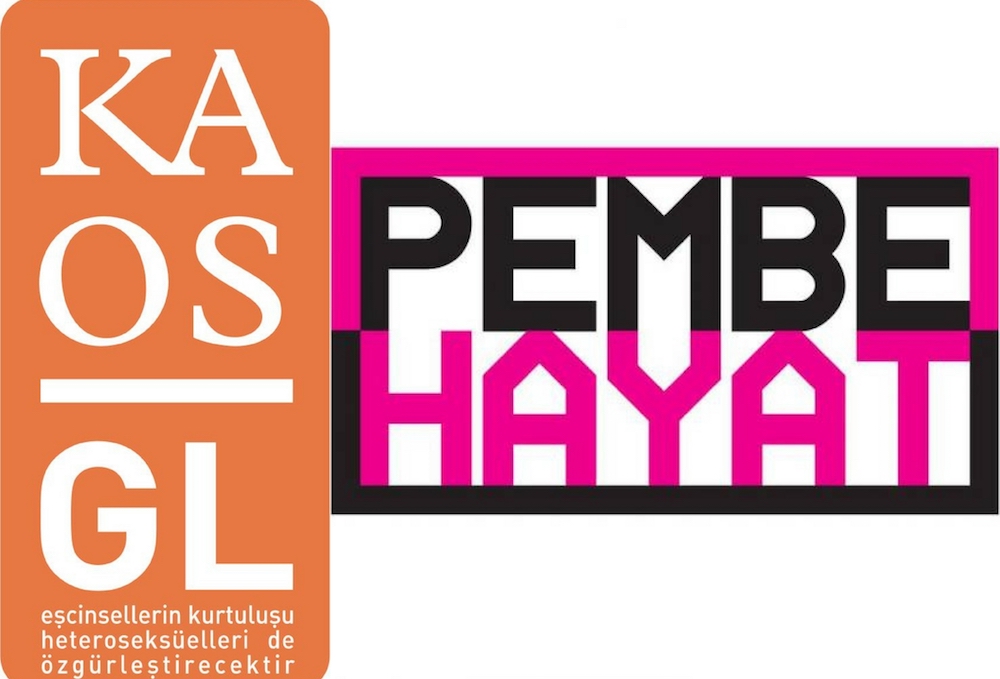 Kaos GL and Pink Life filed a lawsuit against the ban announced by Governorship of Ankara, demanding the court to cancel the ban and halt the execution.

Kaos GL and Pink Life, LGBTI associations in Ankara, have filed a lawsuit against the governorship’s decision to ban LGBTI events for an indefinite period of time, with two separate demands from the court to cancel the ban and halt the execution.

These groups demand the decision of the governorship, which cited concerns of “social sensitivities and sensibilities”, “public security”, “protection of public health and morality” and “protection of others’ rights and liberties” as reasons to ban LGBTI activities, be cancelled. Kaos GL and Pink Life call for immediate halt of the execution of the ban decision and warn the ban will have irremediable consequences.

The attorneys of both associations evaluated the decision and the lawsuits against the decision:

“It harms the associations with every passing moment”

Att. Emrah Şahin, Pink Life: The “indefinite ban” of the Governorship of Ankara against the LGBTI_LGBTT Associations’ activities is not only against the International Conventions and constitutional rights but also against the local legislation provisions upon which the premises of the decision are built. Therefore, as the injured party of this ban we filed a lawsuit at Ankara Administrative Court. The execution of the ban should immediately be halted so as the end this deliberate violation of rights and a cancellation should follow. The fact that the ban is for an indefinite period of time causes the associations active in this field material and moral damages with every passing moment. Beyoğlu District Governorship unfortunately followed Governorship of Ankara’s line of conduct. Although these consecutive bans lead one to think that these decisions are political, we would like to think that these decisions do not stem from the policies of the state but rather from the faulty perspectives of the individuals. Therefore we hope that our rightful case will be won through domestic law without applying to ECHR or other international institutions and/or that the administration immediately gives up on this misguided approach and lifts the ban.

Att. Kerem Dikmen, Kaos GL Association: Although the governorship decision does not formally seem like it bans the activities of the associations working for LGBTI rights, the consequences of the decision essentially ban these activities in their entirety.  In short: the governorship is telling associations that they can remain open and that it does not concern their legal entity status, but that they should not step out of their buildings and should not reach out to people other than their members and activists. One can ask whether the governorship has the jurisdiction to make such a decision under the state of emergency conditions, but under current circumstances the governorship can not assume such authority. On the question if governorship can make these decisions, we respond it should not have such authority. Our cause for alarm stems from the way governorship has passed comprehensive bans on the activities of LGBTI associations such as cinevision, screenings, theatre plays, panels and discussions for an indefinite period of time. What indefinite means is that there is no deadline for the ban. Surely this is a deliberate attack against the rights of the LGBTI individuals to organize as well as their freedom to express themselves in an organized manner. When all activities of an association are banned, it is a de facto banning of the association–which subsequently voids the constitutional right to form associations. It is important to note: the Turkish constitution does not even permit parliament to abolish the right to form associations through legislation, let alone through the governorship.

We should also clarify, there are no legal categorizes for LGBTT or LGBTI associations in Turkish law. However, “LGBTT_LGBTI” associations are the subject for the new decision. While civil society can coin such terms or categories, serious concern is raised when these terms are used by the state. Additionally, there can be no discriminatory consequences for organizations or their members because the association is LGBTT or LGBTI. We need to think of discrimination that exists not only on individual level but also on communal level. When you ban the right of the LGBTI and LGBTT community associations to organize and form peaceful assemblies, it is a discriminatory decision that also negatively affects individuals. As a result, we find this decision to be inconsistent within the administrative framework of the state of emergency and of state policy. As such, we would like to see this inconsistency eliminated through the judiciary process as soon as possible.

If this is the purpose [of the practice], it will not help weaken the LGBTI movement in Turkey. The civil society movement has reached a wide audience and will not be conformed to discriminatory regulations which seek to reduce the visibility of LGBTI or LGBTT associations. The only consequence of these bans would be to strengthen the resolve and solidarity among the LGBTI individuals and communities.