Kaos GL’s statement on Barbaros Şansal’s having become a target and taken into custody, and lynching attempt: Freedom of expression is a legal right, but lynching is a hate crime! 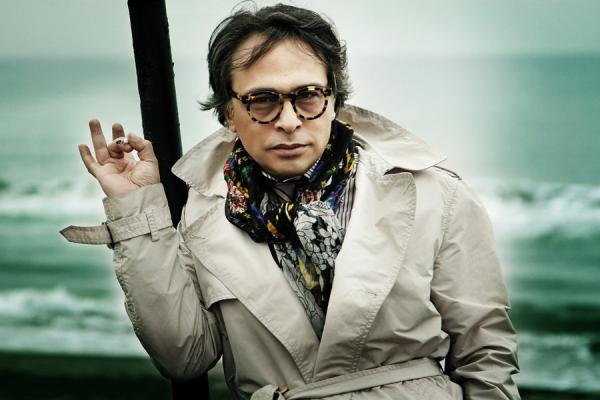 Kaos GL’s statement on Barbaros Şansal’s having become a target and taken into custody, and lynching attempt: Freedom of expression is a legal right, but lynching is a hate crime!

Famous fashion designer Barbaros Şansal was deported from Northern Cyprus because of a post on social media. Şansal, having been sent back to Turkey, was subjected to a lynch attempt at the İstanbul Atatürk Airport.

Şansal was exposed to verbal harassment by a group of men while being taken off the plane by cops. The attackers, who sweared at Şanal in a sexist tone, later surrounded Şansal and beaten him.

The police took Şansal into custody. Attorney Efkan Bolaç announced via social media that Şansal had given testimony in the Police Station and that he will be taken to the prosecutor’s office later today.

In the video Şansal shared on social media, he had said “Are you still celebrating the New Year while so many journalists are under arrest, so many children are being harassed or raped, corruption and bribery are over the top, and bigots share crap on the streets together with religious annunciators. Drown in your crap, Turkey.”

In 2012, Şansal was threatened with the words “You will pay for what you wrote and what you did”, and was attacked at Taksim Ayaspaşa.

Kaos GL: We are following the situation worriedly

After the lynch attempt against Şansal, Kaos GL Association shared a press release:

“Our LGBTİ activist friend from Balıkesir, Uğur Bülbül, was arrested in the last days of December because of his posts on social media. As Büber stated in his defense, “Duties of human right activists are  to express when somethings are going wrong and need to be fixed or changed; working for the sake of it and reminding lawmakers of its importance.”

Şansal’s right to life was attacked!

“Barbaros Şansal’s numerous legal rights and freedoms were violated including freedom of expression which is protected under the current Constitution of the Republic of Turkey, and his life was at risk. There are many questions about this step-by-step organized lynch attempt, yet six of these questions should be urgently answered by authorities:

*What are the elements of crime in the video that Barbaros Şansal shared on social media? Which statements are violating which laws, and why?

*Şansal was deported from Northern Cyprus on what grounds?

*Are there any legal actions against mainstream media, including Sabah newspaper, which targeted Şansal using expressions such as “The scum who poured out insults on Turkey ”?

*It is obvious that Şansal has received homophobic insults and was threatened due to his sexual orientation. Are there any legal actions on these insults and threats which form the basis of  hate crimes?

*How did the attackers break into the apron where it is forbidden for everyone except the ground crew due to airport security? What were they doing there?

*It is claimed that most of the attackers are ground crew. If so, is there any legal action against those members of personnel?

Freedom of Expression is a Legal Right, but Lynching is a Hate Crime!

“The response to expressing one’s opinions cannot to be targeted in newspapers, deported, having taken under custody or be the subject of a lynch attempt! The lynch attempt against Barbaros Şansal is a hate crime based on its organized formation and attackers’ expressions. We stand against  every action against the freedom of expression. We condemn the arrest of Uğur Büber due expressing opinions on social media, and Barbaros Şansal being the subject of a lynch attempt and being taken into custody.

We demand that Uğur Büber and Barbaros Şansal are released; and an urgent investigation against the people who targeted Şansal, the attackers and who condoned the attackers be launched.”