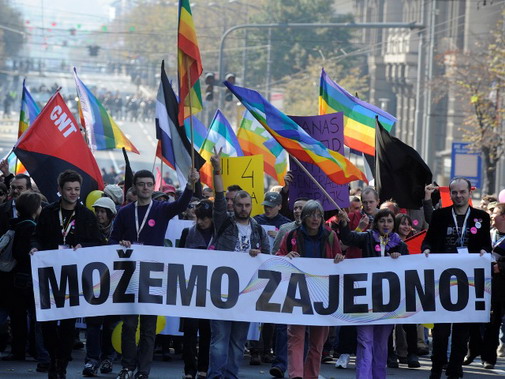 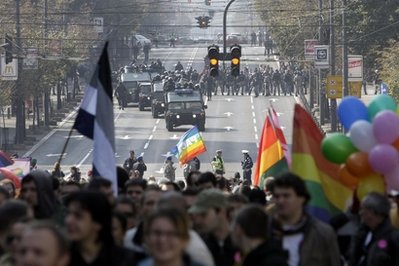 Dear President Tadic,
We are writing to you to support in the strongest possible terms about the upcoming Belgrade Pride and your possible contribution to its success and safety.
Serbian LGBT movement has proven in the last decade its dedication to take part in public sphere and therefor organizing a Pride Parade first in 2001. It was unfortunate that the insufficient security provided by the state caused the Pride to be jeopardized due to physical attacks by protesters. Next attempt in 2009 was unfortunately banned when the organizers did not pull the event back to a remote park or cancel it fully.
After the two initiatives, the very first Pride Parade was successfully organized and took place in October, 2010. Although riots again occurred, the state police protected participants of the Pride, while various state officials also came and expressed their support. This shows the growing respect of the Serbian state towards its population without making a distinction on their sexual orientation or gender identity. We support the Serbian state in complementing its human rights and in its defence of important values such as human dignity and diversity.
We wanted to bring these issues -which we feel are major breaches of EU laws in both act and spirit- to your attention. It is crutial for all vulnerable groups that each and all EU member /associate member states respect EU's values, principals, laws and criterias.
We would express our very great pleasure if the Serbian State again proved its dedication to democracy on October 2nd, 2011.
Best regards,
Kaos Gay - Lesbian Cultural Researches and Solidarity Association