Law of Misdemeanor Workshop Held In Mersin and Adana

The Rainbow Coalition Against Discrimination’s ‘Law of Misdemeanor and House Sealings Thematic Workshop’ was held in Mersin and in Adana. 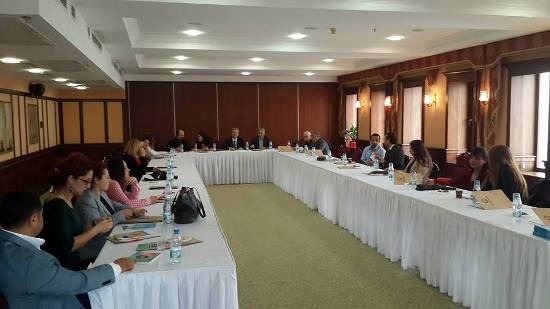 The Rainbow Coalition Against Discrimination’s “Law of Misdemeanor and House Sealings Thematic Workshop” was held in Mersin and in Adana.
Mersin portion of the project conducted by Kaos GL and Pink Life associations started with the President of Mersin Bar Association Lawyer Alpay Antmen’s opening speech. In the first session of the workshop Lawyer Ahmet Toköz made a presentation about the judicial process in Mersin especially regarding trans sex workers. Later, Yağmur Arıcan from Mersin 7 Colors LGBT talked about the problems trans sex workers face.
Later, discussions took place on how the local organizations will associate with the bar association and how to fight against the violation of rights with the bar association in local Mersin.
In the Adana workshop the violation of rights committed by the local law enforcement and the judicial process in local Adana were discussed. It was considered that an LGBT (lesbian, gay, bisexual,trans) working group could be formed within the bar association in order for the work to not be run only by a few voluntary lawyers and not to cause the victims to suffer more.
*These workshops were held with the support of European Union Sivil Düşün Programme as a part of the Rainbow Coalition Against Discrimination Project and of Open Society Foundation and the Netherlands Embassy as a part of the Blameless Project.