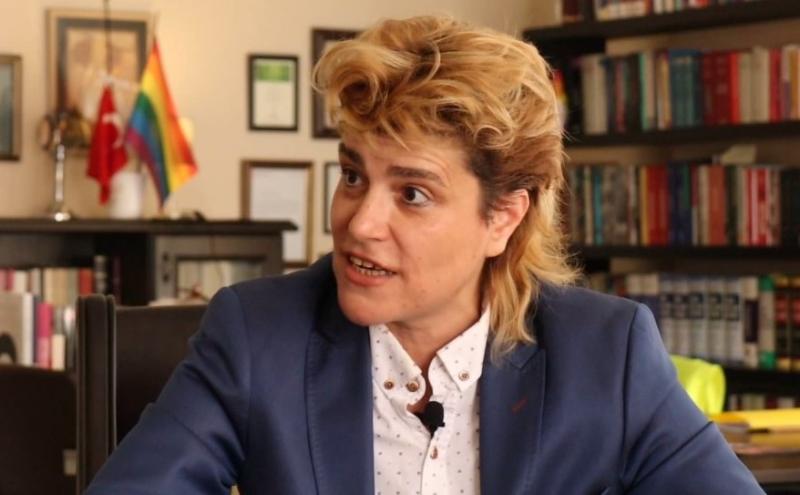 Aydın, who is one the founders of Ankara Bar Association Center for LGBTIQ+ Rights and attorney of METU LGBTI+ Pride Parade case, is especially working on constitution and fundamental rights law.

Lawyer Aydın, a founding member of Literary Translators’ Association, translated and evaluated Forstater decision of London Employment Tribunal for KaosGL.org: Trans Women are Woman… Trans Men are Man… Sexuality is something much more complex than observed with the unaided eye at birth: Forstater Decision of London Employment Tribunal and Trans-exclusionary “Feminism”: An Evaluation and Translation of the Decision

“We” are at bar associations, we proved it

Aydın, had talked about the problems of the LGBTI+ lawyers within the context of conversations named “Hey World! Is this your justice?” conducted by lawyer Evrim Demirtaş for KaosGL.org as:

“I think a series of rules related to preventing discrimination against LGBTQI+s have to be included by the attorneyship legislation in force. Legal and administrative steps should be taken to reassure our colleagues who differ in terms of gender identity and sexual orientation. Begin with, it is must to open a course on LGBTIQ+s during law internship program. This subject should be titled as a course comprehensively within the context of training programs by bar associations, at some main centers like CMK. The meetings, in which the visible LGBTIQ+ lawyers share their experiences, should be increased in number. Right off the bat, Center for LGBTIQ+ Rights and Comissions should be founded at all bar associations, not only in Ankara, İzmir and Diyarbakır, these organizations should meet nationally as may be required and conduct legal actions and reform activities. Language / speech is also essential respecting LGBTIQ+s. Masculine language is started to be queried by women, we should also begin questioning heteronormative and cis-normative language related to the profession. Centers for LGBTIQ+ Rights are units where professionals may apply when they have difficulty at offices, public and private institutions. We also have to do more about rights of LGBTIQ+ lawyers. We say that we are supporting subjects, that is to say citizens, still we support each other as well, actually. ‘We’ are at the bar associations, we proved it. We are a solidarity opportunity for the LGBTIQ+ lawyers at Ankara Bar Association..”