Lebanese Psychiatric Society: Homosexuality is not a disease

The Lebanese Psychiatric Society released a statement on July 11 2013, declaring equality among all citizens. 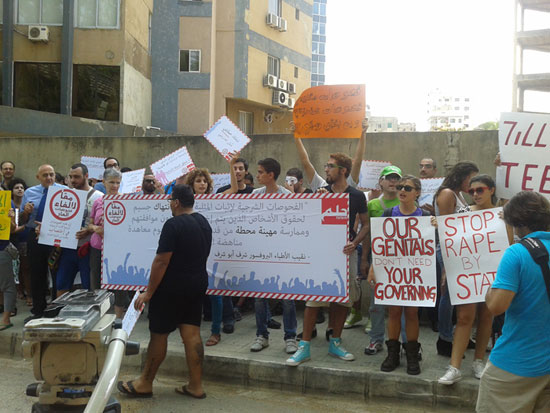 On July 11, Lebanon witnessed an tremendous milestone in its healthcare system for better human rights for LGBTs.
The Lebanese Psychiatric Society released a statement on July 11 2013, declaring the following staements for equality among all citizens:
“Homosexuality is not a mental disorder and does not need to be treated.
Homosexuality in itself does not cause any defect in judgment, stability, reliability or social and professional abilities.
The assumption that homosexuality is a result of disturbances in the family dynamic or unbalanced psychological development is based on wrong information.”
Jo Hammoud, a Lebanese LGBT activist and a focal point of the “Regional Network Against Homophobia” in the region, spoke to kaosgl.org and evaluated the recent stance of the Society:
“A group of activists were lobbying with the Psychiatric Society to get a statement out of them. The reasons for this was that there is still a debate by other psychiatrists and psychologists that homosexuality can be cured.
So far, a lot of statements and positions have been gathered: One from the Syndicate of Doctors regarding Anal/Vaginal Examinations and one from the Ministry of Public Health/National AIDS Program that penal codes targeting homosexuals and MSMs will created obstacles and discrimination in accessing health services and rights, thus Articles like 534 should be annulled. There was also a ruling from a judge in the city of Byblos that 2 men having sex is not an ‘unnatural’ practice.
These are great evidence based recommendations and positions that can help to address the cabinet to execute laws. The downside is, there is no cabinet, all is pending. Penal codes are changed by the parliament and the cabinet is the one to execute them.”

With this statement, the Lebanese Psychiatric Society announced its strong opposition to sexual orientation change efforts. This is a crucial position to clarify the facts, fight against the myths and provide guidance to professionals practicing in the field of health in Lebanon.