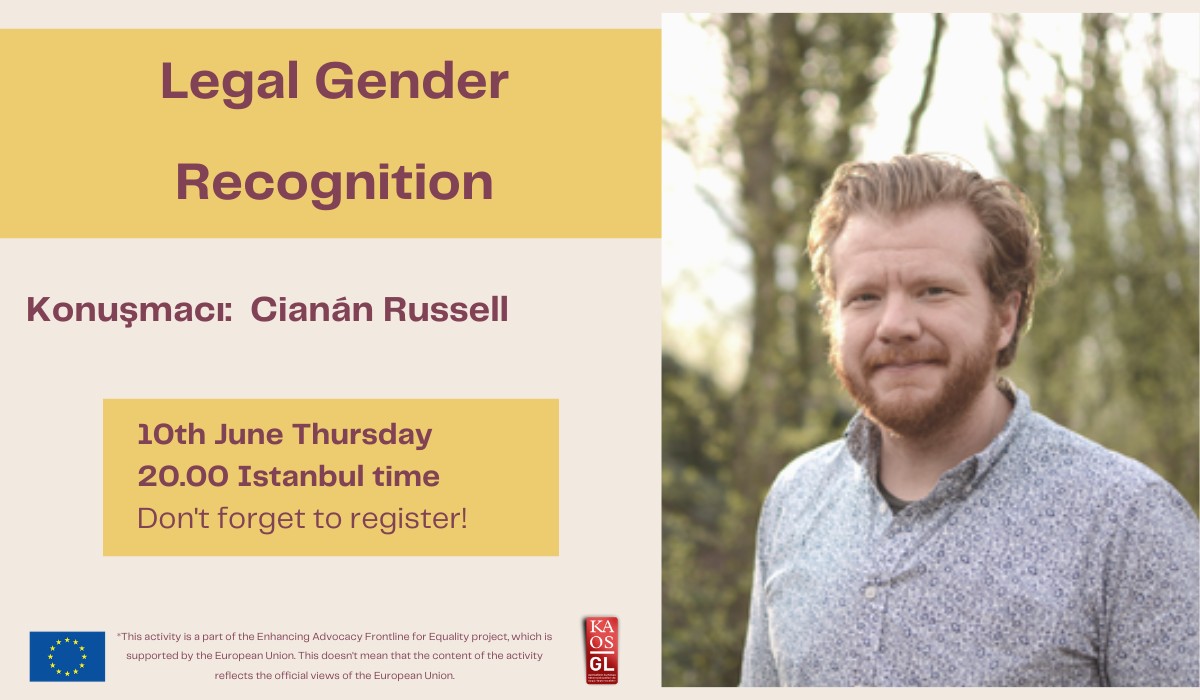 In order to disseminate good examples of LGBTI+ rights and to make local and global studies in this field visible, Kaos GL Association is holding its second event in the field of law online!

“LGBTI+ Rights: Legal Gender Recognition” event will take place on Thursday, 10th of June at 20.00. ILGA Europe Senior Policy Officer Cianán Russell will speak at the event which will be held online via Zoom. There will be simultaneous Turkish-English translation for those who register for the event.

What will be discussed at the event?

Within the scope of the event, Cianán Russell, who has been involved in issues such as trans, intersex, health, education and the anti-gender movement in the European Union and the Council of Europe, within ILGA Europe will speak about;

Cianán Russell is senior policy officer at ILGA Europe dealing with issues such as transgender, intersex, health, education and the anti-gender movement in the European Union and the Council of Europe. Russell started her LGBTI+ activism in the USA in 1996 and worked with the Indiana Trans Rights Advocacy Alliance (USA), the Asia Pacific Trans Network and Transgender Europe before ILGA Europe. Russell is also the director of the Trans Survivors Network, an international NGO working on advocacy and awareness-raising on the needs and care of trans and multi-gender people who are survivors of sexual violence, sexual assault and rape. They served on the Working Group for Version 8 of the WPATH (World Trans Health Organization) Standards for Care and is a member of the GATE Trans Men and HIV Working Group and the Manish Cave Team.