Balikesir University student, LGBTI activist and the witness of October 10th Ankara massacre Uğur Büber was arrested on the grounds of his social media activities. 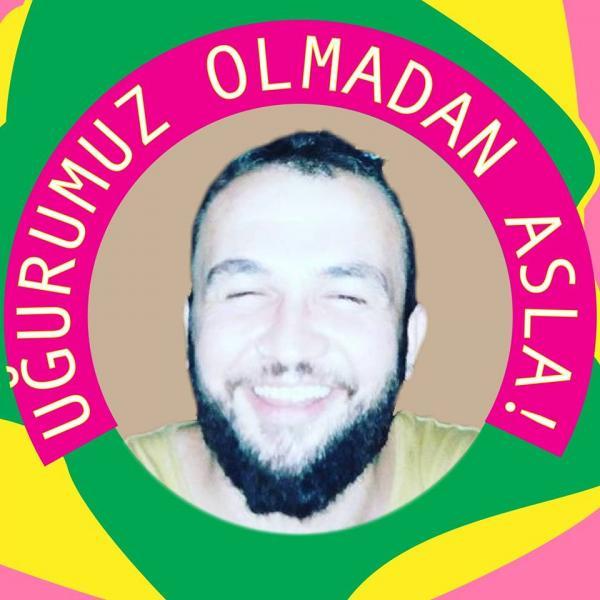 Balikesir University student, LGBTI activist and the witness of October 10th Ankara massacre Uğur Büber was arrested on the grounds of his social media activities. In his defense, "The duty of human rights activists is to say that things are going wrong," said Büber.

Uğur Büber, a student at Balikesir University Turkish Language and Literature Department at southern Marmara region, an LGBTI activist and a witnesses of the October 10th massacre, was taken into custody after his final exam on December 27, 2016, then sent to Kepsut L Type Prison for trial.

During the interrogation, he was asked about his comments, analysis and critics on political agenda he shared with his friends on his personal Facebook account.

In the question of gendarmerie, Büber was asked about his sharing covering the news about the massacre of Maraş (The Maraş massacre was the massacre of more than one hundred Alevi civilians in the city of Kahramanmaraş) in the social media. In his defense he said “In Turkey, there were serious attacks against Alevis in some cities such as Maraş, Çorum and Sivas, as a result lots of Alevi citizens were killed in those attacks. Therefore, my sharing was made with the aim of not forgetting it and punishing the criminals.”

One of the questions directed to Büber was about the trial of the police officer who killed Ethem Sarısülük during the Gezi Resistance and his criticism on the ‘minor’ punishment he received.

“As a human rights defender, my duty is to say what is wrong”

He was also asked which associations he was a member of and “whether he has a relative who is a member of a terrorist organization”. In his defense, he said:

“I absolutely disagree with the accusations directed to me. I am a human rights activist. The duty of human rights activists is to tell the state some things that go wrong, to correct or to change those things, to work on them, and to remind the law makers how necessary is that. Since my adolescence, I have believed that nothing can be solved with guns and war. I always believe that people can solve problems by talking. Because of that, the allegations that I made propaganda for a group of armed men or that I am a member of the group are invalid. "

After the interrogation, Büber was arrested by Balikesir 2nd Peace Court for "making propaganda of a terrorist organization".

After his arrest, Büber’s friends created a Facebook page called “Uğur is not a (Social Media) Phenomenon”. His friends stated:

“As a human rights and LGBTI + activist Uğur Büber's all social media sharing which are the subjects of the trial are all his personal beliefs that can be assessed in the context of freedom of expression. Moreover, this trial, which was held during the period when he was being prepared for the graduation, violates Uğur’s right to education and causes irreparable harms in his life. It is not and should not be a crime that a student is to declare free ideas about developments in the country, to criticize government policies, to share personal convictions about judicial decisions with his friends.”