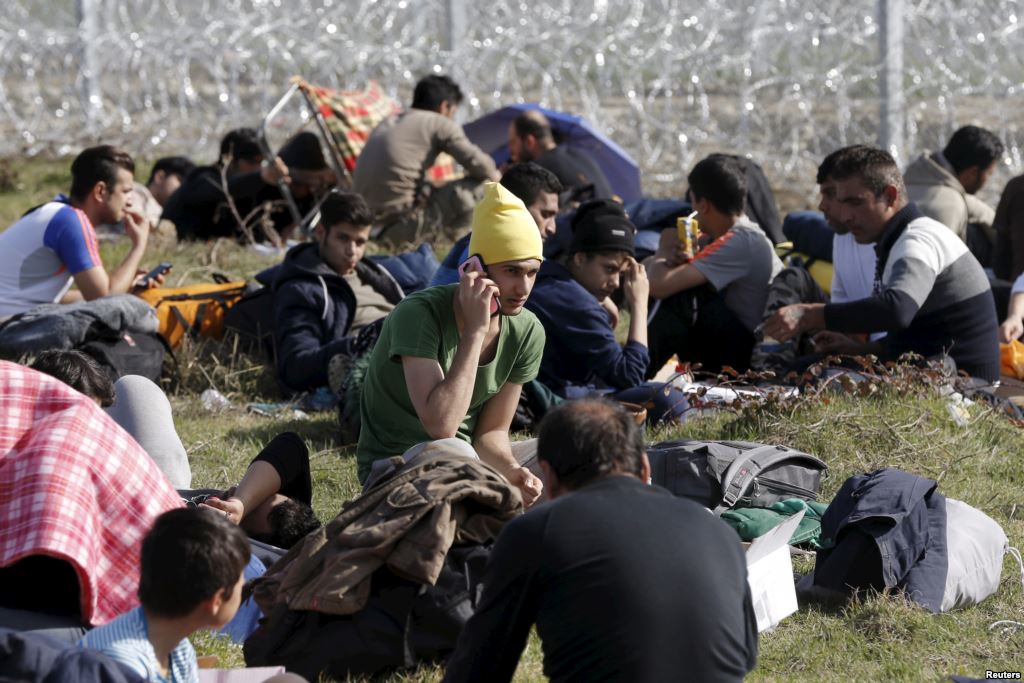 Past Monday three refugees drowned in the Suva Reka River attempting to cross Macedonia on their way to safety and a better life.

We are indignant at this occurrence, representing a direct consequence of the barbed wire fence, which silently, far from the eyes of the public was erected by authorities at the border with Greece. The fence’s length currently comprises approximately 100 km in two rows, but as announced by certain media, it is envisioned that it reaches 300 km.

The fence setting commenced under the pretext of better “channelling” and registration of refugees so as to avoid “illegal” crossing into the country, and has turned into a complete blockage of the southern border. Thousands of people have their freedom of movement restricted, as well as their right to asylum guaranteed by law, thereby coercing them into seeking alternative solutions. Thus, the border has become a hotspot for smugglers that lurk at every corner, resulting in 3 casualties on Monday.

The fence takes us de facto back to the past, where walls were separating cities and iron curtains states.

The physical and psychological health of all people at the border has been jeopardised. People’s health, especially the sexual and reproductive health of women and girls fleeing war-torn countries has been put in jeopardy as well. Women and children’s health, the health of pregnant women and new-borns have been brought beyond human decency under these conditions. The risk of sexual assault on women and children has also increased.

Moreover, the border fence almost completely blocks certain vulnerable categories, often overlooked in the refugee crisis, from seeking refuge, for example, unaccompanied minors or the LGBT community, seeking refuge from the persecution and death awaiting in their home countries, which in turn increases the otherwise high level of risk and violence exposure within the refugee groups.

The fence has also caused grave ecological damage since a great deal of trees have been destroyed or will be destroyed further to erect this fence. The fence will also affect animals negatively, which won’t be able to freely move, or will fall prey to the barbed wire.

That is why we publicly raise our voice and say NO to the barbed wire fence! If the fence exists, protection of the people in need will be deemed illegal. Thousands of people will remain stranded at the borders, and in lack of legal routes, will have recourse more often to illegal and dangerous alternatives, which will be conducive to more casualties. We demand that the fence is torn down! We demand the removal of segregating and discriminatory practices which illegally prevent people stranded at the borders from seeking asylum in a safe way!

We demand an end to the destruction of the habitat of all living beings in the area at the border. Many species, based on the territory in both states, will disappear from the area.

The removal of the fence would signify freedom, not only at a survival level, but also, freedom from all the inner fences and borders which we have built throughout the years.

A better and a more just world which encompasses all people and at the same time species with which we share the environment is not built by erecting walls. A more just world is built by tearing walls down, both physical and mental walls. A more just world is one in which human rights apply equally for everyone. Conscience cannot be injected, nor can it be upgraded with chips, and the living beings that are not humans have the same rights as humans, as well as the environment which we must preserve as an inalienable part of the whole biological ecosystem.

“Legis”- Association of promotion and maintaining cultural and spiritual values

“Subversive Front” – Association for critical approach to gender and sexuality

The activists from the Autonomous Social Cultural Centre

Working group for mobility of the Leftist movement “Solidarnost”