Cem Babacan who was the accused murderer of Derya Yılmaz, a 26 year-old who was stabbed 28 times last February in Antalya, was sentenced to life imprisonment. 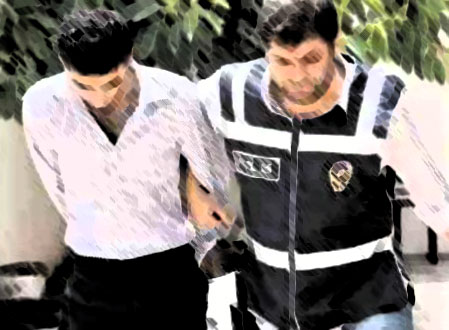 Cem Babacan who was the accused murderer of Derya Yılmaz, a 26 year-old who was stabbed 28 times last February in Antalya, was sentenced to life imprisonment.
Babacan broke the wooden fence in front of him by kicking when his penalty was announced.
Derya Yılmaz who was living in Altındağ neighborhood in Antalya was found by a friend in her bed with her throat cut and stabbed 28 times on 8th of February last year.
It was understood that Yılmaz died because of massive bleeding and also her mobile phone and plasma television were stolen.
In July 2010, Cem Babacan was one of the four suspects who had stolen diesel from a truck and police officers who realized that he looks a lot like the description of Derya Yılmaz’s murderer got his DNA sample.
Babacan’s DNA sample was sent to Ankara Criminal Police Laboratory and his DNA sample matched with the DNA on the cigarette butt found in the house after the murder.
Homicide Department officers also found the mobile phone dealers that Derya Yılmaz’s mobile phone was sold to. Employees identified Cem Babacan among 5 people and said that he sold the phone to them.
Cem Babacan repeated that he was innocent and said ‘Discretion is yours’ in the summary judgment of the case that continued for a year in Antalya 1st High Criminal Court. Chief judge Nihal Altuğ sentenced Babacan to life imprisonment for ‘intentional killing’ with the aim of encroach.
Babacan’s sentence was not reduced. Cem Babacan lost his nerve after the decision and broke the wooden fence when he was moved out of the courtroom. The prosecution office launched a new investigation for Babacan on ‘damage the state property’.