The research entitled ‘Situation of LGBTI Employees in Private Sector in Turkey’ which has been done by Kaos GL Association reveals the discrimination in business life. 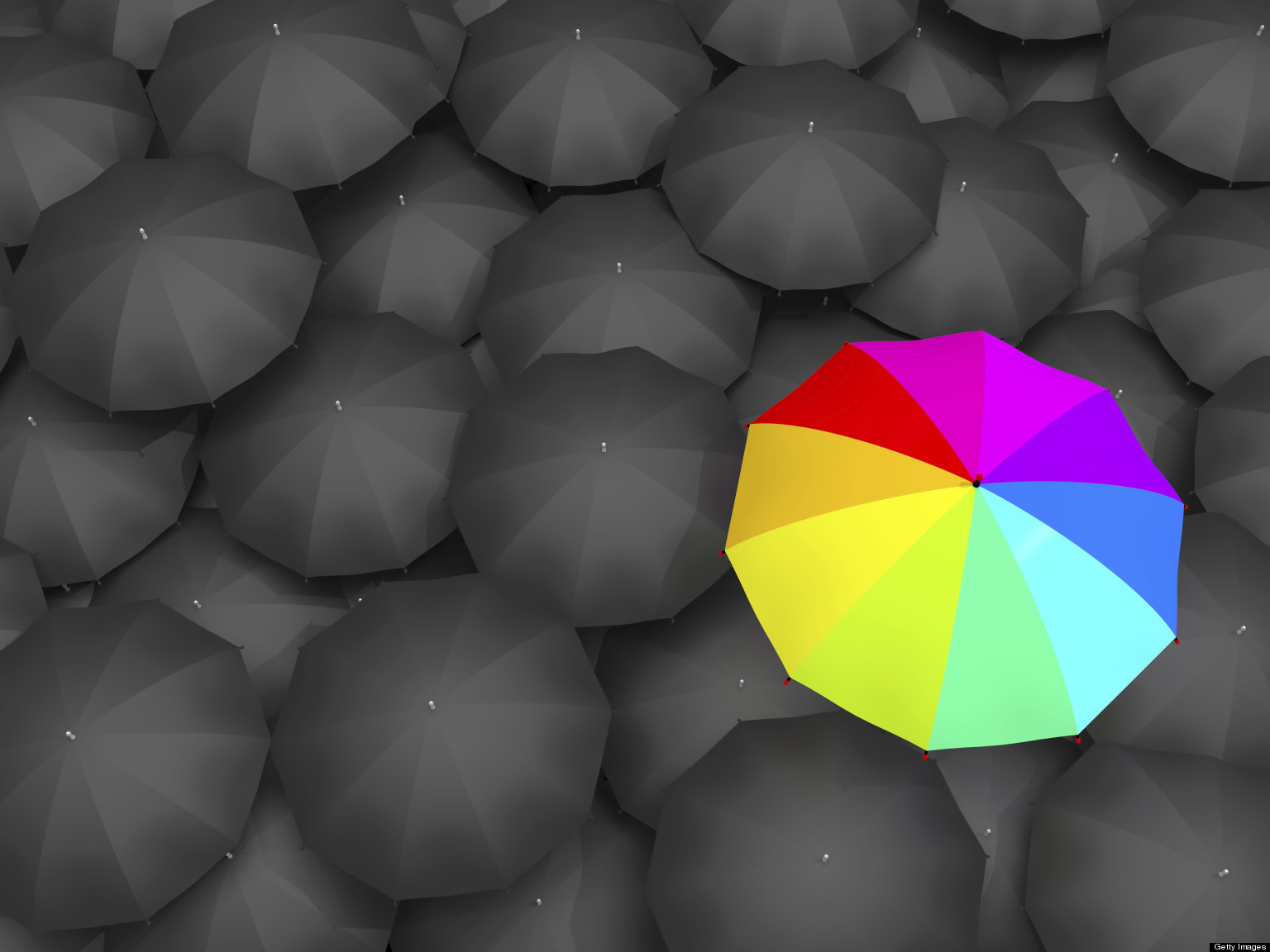 The research entitled “Situation of LGBTI Employees in Private Sector in Turkey” which has been done by Kaos GL Association reveals the discrimination in business life. While only twenty two percent of participants are able to work openly, discrimination exists from job interviews to promotion. What participants recommend are contact meetings, corporate solutions and legislative regulations.

A new research entitled “Situation of LGBTI Employees in Private Sector in Turkey” is published by Kaos GL Association.

The research which has been carried out by Prof. Dr. Melek Göregenli and Tanju Serdengeçti with the contribution of Friedrich Naumann Foundation for Liberty, Swedish International Development Cooperation and Murat Köylü as editor, reveals the troubles of LGBTI employees in private sector in Turkey.

“There are LGBTI people in every part of business life”

Within the scope of our research which was conducted via an online survey system named SurveyMonkey Pro, 151 person stated that they worked in private companies and described their sexual identities as lesbian, gay, bisexual, transgender or intersex.

According to distribution of participants’ job sectors, it can be seen that informatics, food, education, health, production and tourism come respectively.

When sizes of the companies that our participants work is analyzed, it is seen that while white collar workers and experts has the majority, the minority of senior managers in research attracts attention. There are LGBTI people in every part of business life.

The book, apart from the part that offered to private sector representatives and consulates, consists of three sections:

*From the Viewpoint of Lesbian, Gay, Bisexual, Trans and Intersex Employees, the Situation of LGBTI Employees in Private Sector in Turkey

*From the Viewpoint of Employers, Managers and Human Resources Specialists, The Situation of LGBTI Employees in Private Sector in Turkey

Only %22 of employees are open about their sexual identities

What discovered in “From the Viewpoint of Lesbian, Gay, Bisexual, Trans and Intersex Employees, the Situation of LGBTI Employees in Private Sector in Turkey” section is:

LGBTI employees are mainly able to get involved in a job thanks to their acquaintance and career websites. Majority stated that they have no issues related to their sexual identity because of the fact that they managed to get their jobs thanks to their acquaintance. Social media comes next and Turkish Employment Agency draws attention since they lack the interest in this respect. “

According to the findings or our research, discrimination is mostly experienced during job interviews. Some of our participants stated that they felt obliged to hide or disguise their sexual identities either because they thought it could have been a reason for not being hired or because they made assumptions out of some behaviors of the recruitment committees.

“Experiences where job recruiters thought like, “LGBTI employees work better,” were also stated by some respondents.

“In general, it can be said that “formal” supportive or disincentive expressions don’t exist in most of the job advertisements, but still, most of the employees prefer to hide their identities.”

Answers given to the question, “In your workplace, have you ever faced a case of discrimination, mobbing or harassment from your superiors or peer employees directly targeted at you based on your sexual identity? How did the processes develop?” are analyzed below.

“Experiences presented in the first group address discriminatory speeches and directly discriminatory institutional practices. Some of the employees had to leave their jobs “willingly” as a result of discrimination in their workplaces. In many of the examples, it is expressed that discrimination based on sexual orientation and gender identity is faced in professional promotions and assignments.

“A few number of the survey participants stated that they faced discrimination at discourse or behavioral level, told this situation to their superiors, and an attitude in their favor was taken. As a result, discriminatory acts ended. These positive examples indicate that if institutional attitudes are developed against the reflections of discrimination throughout the society, it can be fought against and discrimination in workplace can be eliminated.

“When answers given to this question are assessed as a whole, it is seen that almost one-third of our participants stated that they haven’t encountered a discriminatory act. This ratio should be taken into consideration while recalling the fact that being open or not open in terms of sexual identity affects the experiences of the participants. Similar to the answers given to the others, responses to this question also indicate that gender-based discrimination reinforces discrimination based on sexual orientation and sexual identity. “

Recommendations for measures against discrimination

The answers to the question, “For you, what are the most important and urgent measures that should be taken to combat discrimination against LGBTI employees?” which was asked to our participants are analyzed.

Majority of participants emphasize the importance of constitution, national law and company regulations in this regard.

Some of the recommendations :

“As one of our participants stated, “Compulsory seminars like occupational safety seminars should be given and it should be told that LGBTI’s are ‘normal’. Regular seminars, workshops and informing channels should be created. While this kind of awareness raising activities should aim to ensure an overall transformation in the wider society; at the same time, they should regularly be conducted in the workplaces and should be made obligatory through regulations.

“A large part of our participants stated that national legislation is required: even Constitutional recognition is needed for prevention of discrimination in the workplace. It’s particularly emphasized that protection from discrimination based on sexual orientation and gender identity should be included in the Labor Law and in all legal regulations regarding working life.

“Another measure mentioned by the survey participants was about the disincentive measures against discrimination. They emphasized that discrimination targeting LGBTI employees should be legally punished in a more accurate, decisive and deterrent way.”

The experiences of LGBTI employees are given place in research as anonymized. Here some of them:

“Just like the heterosexual people, I may argue with my partner as well. In such cases, my day becomes hell since I can’t share that with anyone while they can console each other.” (a gay factory worker)

“Sometimes I feel suffocated. I get pissed off as I see how much I’m being faced down. In such periods, both my efficiency and satisfaction hit rock bottom. When people (even some LGBTIs) find out that I’m bisexual, they have some traditional ideas. ‘She’s sleeping with everyone’, ‘greedy’, ‘she doesn’t know how to choose’, ‘immoral’, ‘, wow, girl-to-girl sex, superb!’ etc. I was exposed to such reactions so many times that I can’t open myself due to the fear of encountering them again. And as long as I can’t open myself, I continue living these crises 1-2 times a week.” (a bisexual woman marketing expert)

“Some impertinent people among my colleagues commented for the cloth I wear or the earring I put on. In response, the store manager held a meeting with those people who had discriminatory speeches and warned them with suspending from work.” (a gay merchandizing specialist)

“You encounter eyeolating. You are harassed in various ways in terms of having breasts, whether you have a penis or not, your beard condition. You live many difficulties particularly about your name.” (a trans man food sector worker)

“I suggested a gay friend of mine as a teacher. For some reason, although we had a teacher shortage which should have been solved immediately, he wasn’t allowed to enter children’s classrooms and he wasn’t even hired. They didn’t want my friend because he was eminently feminine.” (a gay educational specialist)

“When I chose internal diseases, the bandage I used in order to hide my breasts became a problem. I had to hold the bandage loose at that time and a woman meaninglessly gushed over the things in front of me. I mentioned that I was disturbed with her behavior. Thinking that she might have seen my identity as a disease, I needed to explain that I was a man. It was rather dull and depressing.” (a trans man healthcare personnel)