‘I was a commander but when I came out as trans, it was all finished’

Doga told us of her education and work life for Pink Life Association’s ‘We can’t get enough of trans’ book. 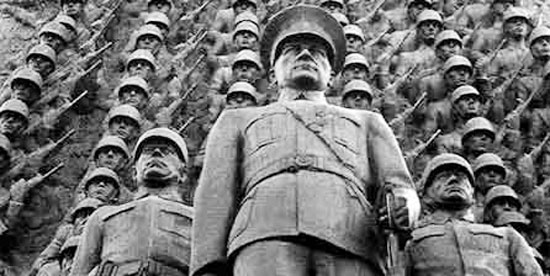 Doga told us of her education and work life for “We can’t get enough of trans” book: “I was a commander in the state’s military at age 18. When I came out as trans, all those certificates, praises, badges were zeroed. I think it’s very funny.”

Doga from the Counselling Centre for Transgender People Association (T-Der) answered our questions for “We can’t get enough of trans” book prepared by Kaos GL and Pink Life associations.

We are sharing Doga’s story of family, education, activism, media, the problems facing the trans movement and possible solutions.

“When I first came to understand my gender identity, I was alone”

Doga said she felt alone when she first understood her gender identity and explained her school life:

“I cannot remember much about my gender identity from primary school. I realized it during middle school. There was no one around me that I recognized as being different in terms of their sexual orientation or gender identity. It was only me and I was wrong. I limited myself because of my religious beliefs at the time.”

To be trans in a military high school

Doga continued her education in a military high school. In the military, which is positively accepted by society and a highly heteronormative institution, she had many problems:

“There was my education at the military high school. That was the hardest. The military was the foremost place where I definitely needed to hide my gender identity. Then it happened in my working life. I left university many times. I still have one class to complete. Once I complete that class by the university it will be done, but my diploma will have male written on it because of the whole getting patted down by male or female police issue at the entrance exam. So I’m waiting to complete that class until after I get my new identification.”

“After high school, I was enrolled in the school for sergeants. I studied for a year there. The harshest of all manhood was there… I had it very difficult as a woman in a place where even a regular guy would say ‘I’ve had enough’. I acted throughout my whole career. That role really sticks to you and when you try to go back to your real identity, you have many difficulties.”

“My certificates of success evaporated after I came out as trans”

Work started after school. Doga explains what happened to her after she came out as trans as an 18 year-old commander:

“I was a commander in the state’s military at age 18. The youngest soldier was 21. There were other soldiers in lower ranks. At age 18, I was above so many people in this ridiculous way. They expected me to manage them, and be a harsh man. I was successful in terms of work. Because I worked as a gendarmerie, we dealt with judicial things such as traffic accidents and murders. I had all these badges. Even though I was so successful, when I came out as trans, all those certificates, praises, badges were zeroed. I think it’s very funny.”