‘Intersex bodies are being pathologized’ 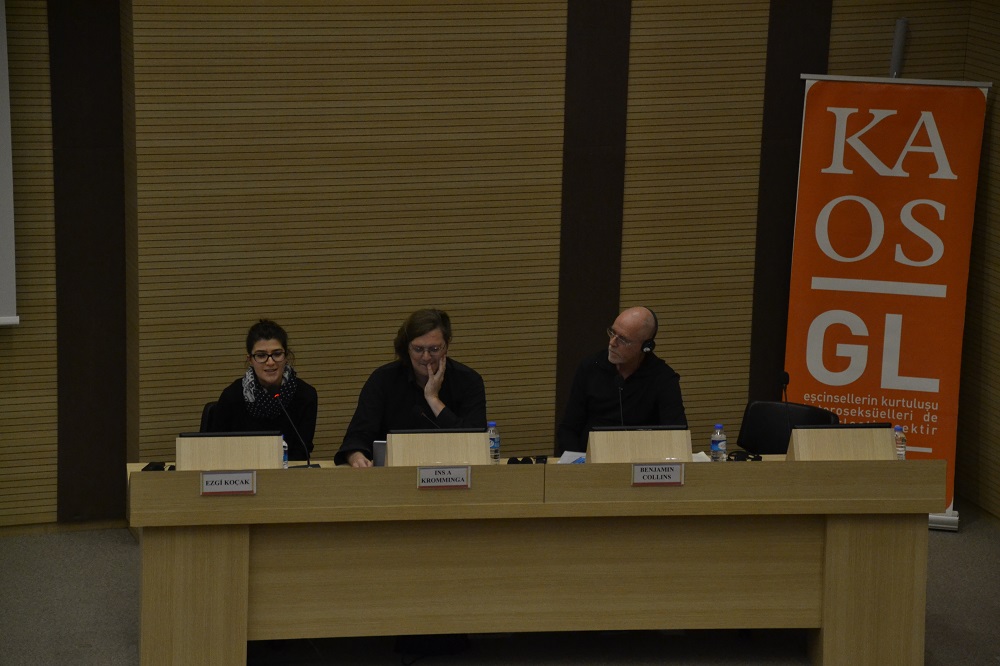 4th Symposium against Discrimination which organized by Kaos GL Association, Turkish Medical Association, Psychiatric Association of Turkey and Social Service Worker Union has continued with the last session at the second day.

At the session which held in Ankara University, under the moderation of Ezgi Koçak from Kaos GL Association, Ins A Kromminga from Organization Intersex International Europe and Benjamin Collins from International HIV Partnerships participated.

Here are the highlights of Kromminga’s speech:

“Intersex people are being medicalized and it shows us the influence of doctors on people’s bodies and spirits. Intersex people’s sexuality is being violated. People’s confidence on doctors is melting away by mandatory surgeries and forced hormone usages to intersex people. Lots of intersex individuals prefer not to go to health institutions.

“If we don’t accept the gender that imposed on us, then we begin experiencing really serious healthcare issues. We need legal protection to reach possibly the best healthcare. There is only one country which has regulation on self-determination: Malta. Intersex people can undergo an operation if only they give consent.

“Intersex people can’t speak for themselves. For this reason, we need support.

“HIV in Turkey is spreading”

Benjamin Collins talked about HIV/AIDS. Here are the highlights of Collins’ speech:

“There are serious issues related to HIV positive people in Turkey. Number of cases are thought to be few and it blocks the solution. HIV only attracts attention when everybody gets infected one by one. However, it needs to be studied before this happens.

“State should work on HIV but also the support of civil society and peers are also essential. HIV in Turkey is spreading at an unbelievable speed and Turkey has the lack of reaction.

“Most of the HIV cases in Turkey are diagnosed when it’s too late. I haven’t need to go to any hospital since 1980 because I was early diagnosed. Access to HIV test is need to be easier and popularized.

“Why and how homosexuality has been identified as a disease?”