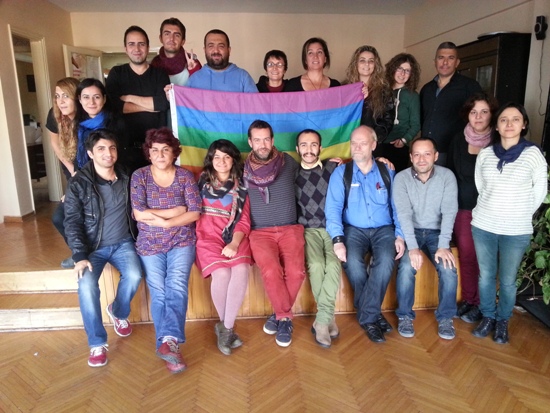 Kaos GL Association Union Working Group gathered on Sunday (October 6th) at Eğitim-Sen (Education and Science Workers’ Union) Branch Number 3 in İstanbul. Gathered to create a plan of action between 2014-2016, Union Working Group came up with three major goals: to empower the LGBT unions, encourage them and bring up the experienced incidents in the union’s research field and spread them within the LGBT movement. In accordance with these goals, the second meeting of Union Working Group will be held on November 2nd-3rd in Ankara.
The problems LGBT individuals come across in their career:  The initial problems in LGBT people’s working life can be ranked as not being able to be open, being forced to resign, juridical insecurity, disclosure, harassment, being threatened, being otherized, being gossiped about, mobbing, hardships of promotion and nomination, blocked representation, being the object of transphobic and homophobic statements and lastly being assumed as straight people.
The problems within the union’s research field: Union’s not having a policy on sexual orientation and sexual identity, LGBT people’s insecure working conditions and lacking the function of application and not collaborating with LGBT organizations to solve out the problems encountered all result in problems for the people working in this field or the ones who are not openly LGBT.
Union Working Group, having the principle of the fact that LGBT rights are the union rights, aims to be on good terms with union collaboration, find solutions for the problems in LGBT people’s career and create new struggle-areas while fighting against discrimination. It also aims to improve the attendance rate in LGBT meetings and inform people about the problems mentioned above.
To empower and encourage the LGBT unionists,
It will be initiated with collecting the expectations and experiences of The LGBT members in the union by Union Working Group itself and broadcasting the acquired information on kaosgl.org website’s Labour section.
Mobbing leaflets will be prepared for LGBT workers. Prior to this, the works of confederations –to which the unions in Turkey are tied- in this field will be analysed closely. At the same time, there will be interviews with LGBT activists struggling in this field over their experiences and will be transferred into the union’s research field. In the workshops of the union, some activities to support LGBT people with their problems, mobbing and discriminative actions towards them in the business life will be organised. There will be done some activities to call LGBT people to be a member of the Union. 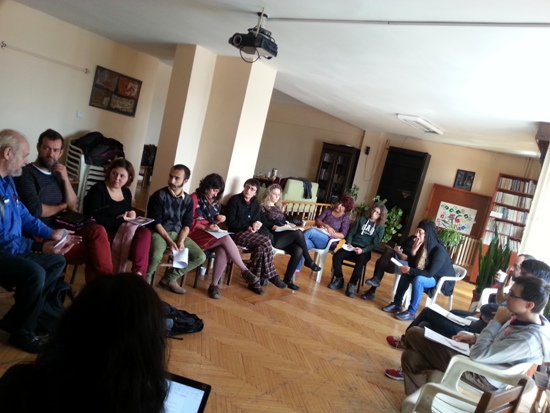 To bring up the experienced incidents in the union’s research field and spread them within the LGBT movement,
There will be done some activities to empower the collaboration practices between the union movement and LGBT movement. To accomplish this, there will be some activities to make LGBT people be organised in the union. On the other hand, some other activities will be done to improve institutional relations and collaborations among the unions. LGBT workers and officers will be interviewed in a detailed way to gather information about what they do expect from the union and to write a report with the aim of informing people about the discrimination they (LGBT) receive at work. In 2013, Union Working Group is responsible for thelabour sectioninSymposium against Discriminations and has decided it to be the same topic in 2014.
To encourage unions to work in LGBT field,
We will bring up our demands both in and out the union. These demands can be summarised as making it visible the discrimination based on sexual identity and orientation in working life through our union’s educational activities and leaflets. For instance, these can be demanded; to add the discrimination based on sexual identity and orientation into the collective labour agreement, to forbid it also in union’s rules and to support the workers who have been affected by this kind of discrimination. There will be prepared informative announcements and will be translated some policies of the international unions and confederations (to which the unions in Turkey are also tied) about the discrimination based on sexual identity and orientation into Turkish. The Union lastly will conduct some projects on LGBT within various commissions.
To contact with Kaos GL Union Working Group: sendika@kaosgl.org