Market worker attacked a trans woman in Pangaltı/İstanbul, threatened her with death

Azmi Ateş, a market worker in Şişli Pangaltı, threatened trans woman G. with death, attacked with a glass water bottle. After this third assault of Ateş, the neighborhood took action, "We are everywhere," they said. 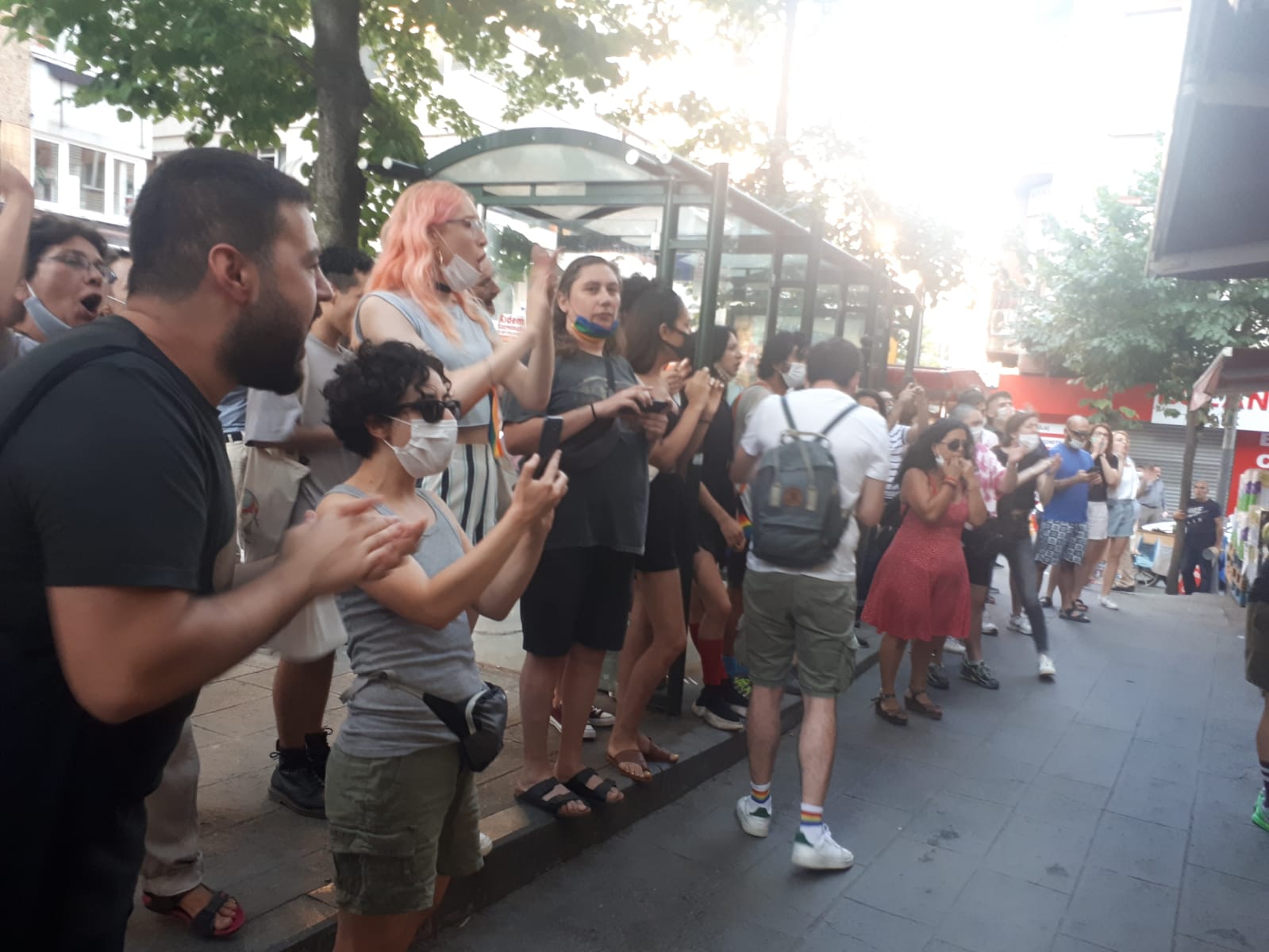 At 20nd of July, the third hate attack occurred in front of The Namlı Market in Sisli Pangaltı, Istanbul.

Namlı Market employee Azmi Ates swore sexist curses to trans woman G. who was passing in front of the market. He threatened her with death, saying, "I took a photo of the fagot last week as well, I will get you cornered in an alley, and rip your guts out." While G. was calling the police, he tried to forcefully photograph her and then attacked her with his fists and a glass water bottle.

G., who was subjected to sexist and transphobic hate attacks, talked about the incident to KaosGL.org:

"This is not just a transphobic incident, it's also misogynist. There are both of the phobias, and there's been another attack in the last few weeks. I called the police after he swore at me, and while I was waiting, he started taking pictures of me. He tried to get permanent visuals. I tried to stop it. That's when he started hitting me. He broke a water bottle on my head. Used sexist swearings. Threatened to kill me.

"In recent days, lubunya*s have become a stress ball. Lubunyas are shown as scapegoats, as a diversion during the country's failing trajectory. This is the result of the growing hate discourse. We can say that there is a systematical situation."

The investigation began with the charge of intentional wounding

Levent Pişkin, the lawyer of the trans woman who was attacked, reminded that the same person had previously attacked an immigrant child and another LGBTI+ activist last week and said, "Perpetrator Azmi Ateş was taken into custody. He'll be released after his testimony is filed. The investigation began with the charge of intentional wounding. They've attacked an immigrant boy before, and last week they attacked another friend and today to my client. There are LGBTI+ phobic and racist attacks taking place in here."

An investigation has been launched against Azmi Ateş with the charge of intentionally wounding. A request for protection was also filed for G.

Demonstration against the attacks

"For the third time today, our LGBTI+ friend has been physically and verbally attacked in front of The Namlı Market at Kurtuluş. Unfortunately, this is not the first attack of the market worker Azmi Ateş, who attacked our friend with a glass water bottle. Last week, he threatened to kill another friend at the scene by saying 'we will not let you live', and attacked while shouting swearwords.

"We know this mentality. We will not tolerate homophobic-transphobic-racist-sexist attacks on LGBTI+, women, and immigrants.

"We will stand against these attacks with our organized power everywhere we exist.

"We exist, we did exist and we will exist."

*Lubunya is a word from Turkish queer slang language that can roughly be translated as queer.