Marriage Equality as a tool for trans recognition in Ireland?

Just before the Irish Government speaks on Marriage Equality for everyone in Ireland, kaosGL.org wanted to underline the meaning marriage equality holds for the recognition of trans people.

With the existing options, trans and intersex people in Ireland are forced to choose between their families and their identities.
Just before the Irish Government speaks on Marriage Equality for everyone in Ireland, kaosGL.org wanted to underline the meaning marriage equality holds for the recognition of trans people.
We invited Broden Giambrone, Director of Transgender Equality Network Ireland (TENI), to speak on what marriage would mean for trans and intersex citizens.
Giambrone stated: “TENI supports the March for Marriage because we support equality for all members of the LGBT community. In particular, we support a definition of marriage that is inclusive of all gender identities and expressions. Trans and intersex individuals are sometimes excluded from narrow definitions of same-sex marriage so we support the introduction of legislation that promotes true equality regardless of gender identity or expression.”
Why march for marriage equlity?
Giving a background information to the Irish context, Giambrone explains why marriage equality is important for trans and intersex rights: “The Irish government introduced a draft gender recognition bill that will allow people to change the gender on their birth certificates. One of the requirements is that an applicant will need to be single meaning that trans people in marriages or civil partnerships will be excluded from the scheme. The reason for this requirement is that same-sex marriage is prohibited in Ireland. The requirement to be single has been the most controversial of the conditions.”
“Choosing between family and human rights?”
Simon Stewart from “Support, Acceptance, Information, Learning” (SAIL) commented on the existing situation which forces trans people to give up on either their families or their identities: 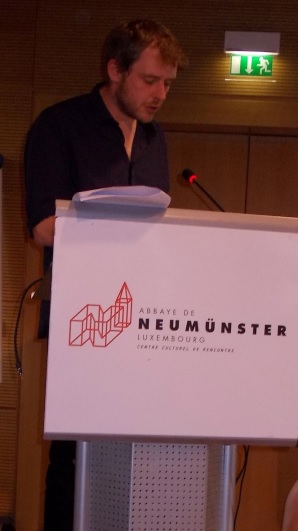 “The fight for marriage equality is also about the right for married couples not to be forced to divorce, to allow people to stay married when one of them may have gender confirming surgery, for keeping families together and unified without the state interfering in a family dynamic that is happy and based in love. Marriage equality should allow married couples, one of whom may be trans and seeking recognition of that status, to keep their vows, keep their promise of love they made to one another, as well as the promise to their God."
“What about the constitutional protection for Victoria’s family?”
"Why should anyone be forced to choose between family and basic human rights?" asked Victoria Mullen, a married transgender woman with children. "I believe that the requirement to divorce is itself unconstitutional as the State fails to meet its own obligations by making such a demand of a citizen.”
“What about the constitutional protection for Victoria’s family?” asked TENI Director Broden Giambrone. "It is vital that the legislation that is introduced is firmly grounded on human rights principles, and cherishes all families equally.”