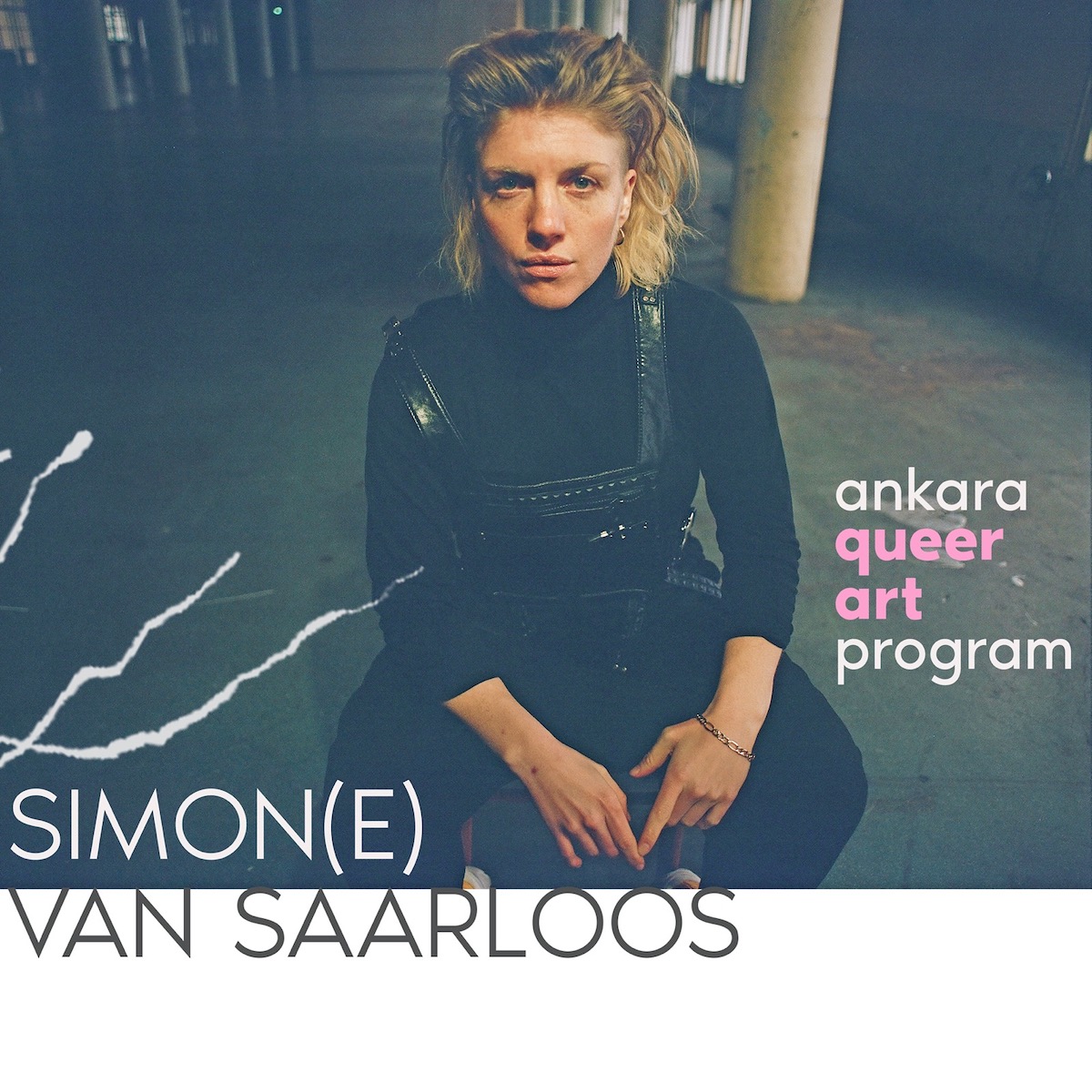 The selected participants of the Ankara Queer Art Program - Artist Residency, organized by Kaos GL, have been announced. The program plans to host visual artists both from Turkey and worldwide at Ankara.

Simon(e) van Saarloos (1990, Summit, New Jersey) is a writer, philosopher and artist based in Amsterdam, the Netherlands. They published several books in Dutch including a novel and a collection of columns. In Enz. Het Wildersproces, Van Saarloos shares a feminist and queer report of the trial against the Dutch right-wing politician Geert Wilders. To learn a bit more about this book, check out a recent essay on the Gezi Park Trial in Turkey. In Het monogame drama, Van Saarloos critiques monogamous living and false notions of safety, proposing a nonmonogamous love life and a different take on ownership and property. The book was recently translated into English and published by Publication Studio, titled Playing Monogamy.

Their most recent book, Herdenken herdacht, is a non-fiction work about queer forgetfulness, whiteness and embodied commemoration. You can watch an introduction to this book on IGTV, in a lecture on ‘Rewriting histories’ at The University of The Underground.

Van Saarloos curates collaborations between artists, activists and scholars and regularly appears on stage as a lecturer, interviewer and performer.

As an artist, Van Saarloos attended several residencies: researching the ephemeral narrations of LGBTQ histories during a residency at ISKV Istanbul, supported by Be Mobile Create Together (2020); proposing “a rewriting of knowledge as we know it”at KAVLI Institute of Nanoscience in Delft (2019); questioning the ephemeral narrations of LGBTQ histories, drawing from queer theory, while at Deltaworkers in New Orleans (2018). As a participant at the Dutch Art Institute, they are currently finishing an MA in art practice.

In 2017 Van Saarloos joined Sylvana Simons as an electoral candidate for the intersectional feminist and anti-racist party BIJ1 (then Artikel1). As part of the election campaign, Van Saarloos wrote ‘Ik wil een verliezer als premier’ – a campy adaptation of Zoe Leonard’s text I want a president – and performed the poem all around the Netherlands. With an equally connective as well as disruptive use of body and language, Van Saarloos doesn’t differentiate between the public domain, traditional politics and art.