“We urge you to publicly withdraw these comments and to stop instrumentalising religion to openly discriminate against the LGBTI community.” 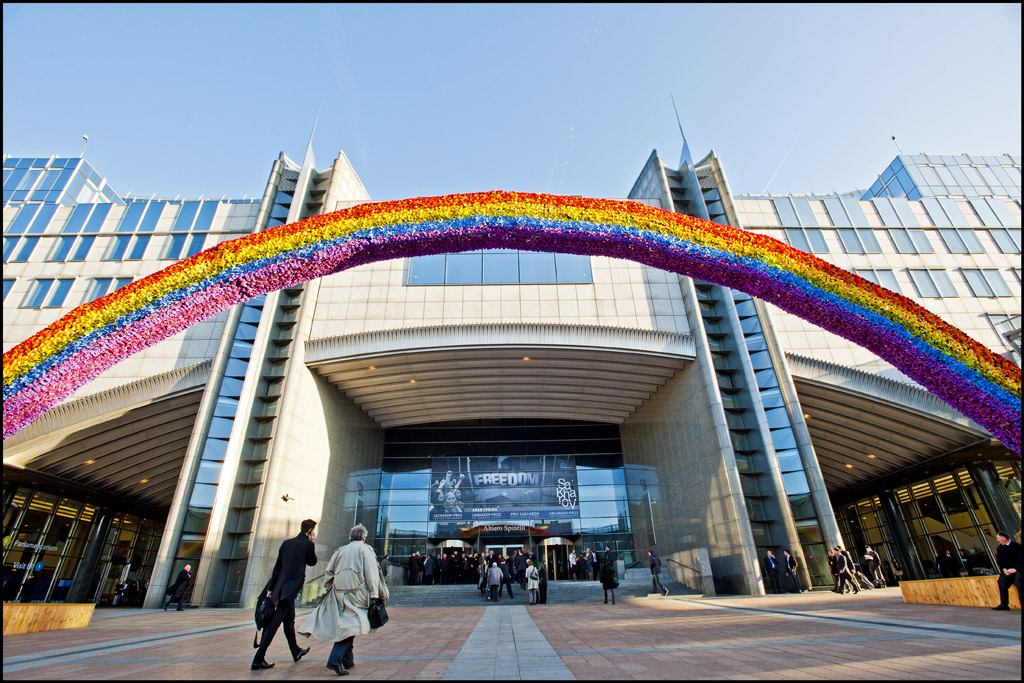 37 Members of the European Parliament (MEPs) wrote a letter to President of the Republic of Turkey, Recep Tayyip Erdoğan and Head of the Directorate of Religious Affairs, Ali Erbaş regarding hateful khutbah.

MEPs underlined the fact that religion cannot be used to violate LGBTI rights. Full text of the letter follows:

Dear President of the Republic of Turkey, Recep Tayyip Erdoğan,

Dear Head of the Directorate of Religious Affairs, Ali Erbaş,

As Members of the European Parliament, we are gravely concerned about the statements delivered during the khutbah on 24 April 2020, titled “Ramadan: Patience and Will Training“, where LGBTI persons and persons living with HIV were publicly vilified. We are in addition concerned about the endorsement of such comments by high-level institution representatives both offline and online and the repercussions they might cause for LGBTI persons in Turkey.

On the first day of Ramadan, the President of the Directorate of Religious Affairs, Ali Erbaş, resorted to hatred during a khutbah to vilify members of the LGBTI community. Equating homosexuality with a disease, the Head of the Directorate of Religious Affairs commented that “hundreds of thousands of people a year are exposed to the HIV virus caused by this great haram, which passes as adultery in the Islamic Literature” in a clear display of ignorance and targeted incitement to hatred.

The civil servant’s statement gave rise to other statements of support. The Presidential Spokesperson and Chief Advisor, İbrahim Kalın, commented that Ali Erbaş “put the divine truth into words”. The Minister of Family, Labour and Social Services, Zehra Zümrüt Selçuk, commented that Erbaş’ words “remind us of our religious values in order to protect our families and generations during Ramadan”. The Parliamentary Human Rights Investigation Commission Spokesperson, Osman Nuri Gülaç, added that “the future of humanity is only possible through legitimate marriages” and referred to LGBTI lobbies commanding academia, politics and media in many countries in the world.[1] The support for hate speech at such high political level is unacceptable and incompatible with the expectations of a Member State currently in the process of accession.

The statement was condemned by organisations and political actors in Turkey, which highlighted the instrumentalisation of a period of confusion and uncertainty to target specific groups of people, instead of focusing on promoting understanding and solidarity with those affected by COVID19. We welcome these public condemnations and their intent to highlight the political intentions behind the hateful rhetoric.

The Ankara Branch of the Human Rights Association filed a criminal complaint against Ali Erbaş in order to “prevent hate crimes, discrimination and gender inequality”. The Bar associations of Ankara, Diyarbakir, İstanbul and İzmir joined the call in condemning the sermon, which raises concerns about the usurping of a ceremony of faith to openly incite hatred and discrimination. Worryingly, the Ankara Public Prosecutor’s Office started an investigation against the Ankara Bar Association on the grounds of “insulting religious values that a part of the society has embraced”. The Bar Association of Diyarbakir is also the object of an investigation under the same grounds.[2] In response to these complaints, President Erdogan claimed that “An attack on our Diyanet head is an attack on the state.”

The United Nations Special Rapporteur on freedom of religion or belief called on States not to use religious beliefs to justify LGBTI rights violations last March.[3] Notably, the independent expert

As a Member State of the Council of Europe and having ratified the European Convention of Human Rights, Turkey must uphold European human rights law. Recognising that:

We urge you to publicly withdraw these comments and to stop instrumentalising religion to openly discriminate against the LGBTI community. We additionally call on you to stop all investigations against the Bar associations that denounced the hateful rhetoric which has been made public, in order to allow the investigations concerning the criminal investigations they filed to take place free of intervention.

[1] Kaos GL, (28 April 2020), “What happened after the hateful khutbah of the Religious Affairs Administration of Turkey?”, accessible on https://www.kaosgl.org/en/single-news/what-happened-after-the-hateful-khutbah-of-the-religious-affairs-administration-of-turkey (retrieved on 29 April 2020).

[3] UNOHCHR (2 March 2020), “States should not use religious beliefs to justify women and LGBT+ rights violations – UN expert”, accessible on https://www.ohchr.org/en/NewsEvents/Pages/DisplayNews.aspx?NewsID=25644&LangID=E (retrieved May 4 2020)