What happened after the hateful khutbah of the Religious Affairs Administration of Turkey?

We have compiled the developments that took place after the hateful khutbah of Religious Affairs Administration and intensified attacks against the fundamental rights of LGBTI+'s. 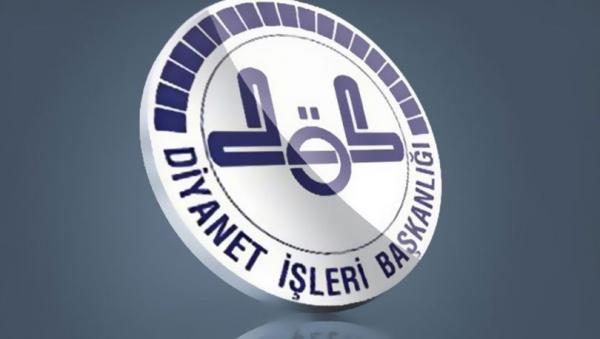 While the world and Turkey are struggling with the COVID-19 outbreak; On Friday (April 24th), the Directorate of Religious Affairs Administration targeted LGBTI+s and the people living with HIV at Friday’s khutbah. Religious Affairs Chairperson Ali Erbaş spread hatred and discrimination by the khutbah issued by him, titled "Ramadan: Patience and Will Training".

Republican People's Party (CHP) Deputy Chairperson Gökçe Gökçen was one of the persons that responded. She said, “Being unaware of how many people would be targeted because of such a statement during the epidemic period is a disaster by itself. I condemn those who do this by using religious feelings and rhetoric that almost justifies hate crimes” from her social media account.

HDP Ankara Deputy Filiz Kerestecioğlu reacted to the khutbah of hatred, she said "This is a hate crime" and added:

"Religious Affairs Administration issued a khutbah on Friday. It's about LGBTI and adultery. It was a khutbah of hate. In fact, he was confusing people with such a perception; Because while we deal with another virus, he talks about the HIV virus, and at the same time he targets these people as if they are guilty. It is a hate crime to target people and broadcasting such a khutbah in a time of need for solidarity. Ankara Branch of the Human Rights Association has filed a criminal complaint on the issue."

Another name from HDP to take a stance against the khutbah of hate was the Serpil Kemalbay, the Deputy of İzmir. Kemalbay stated the following from her social media account: "#Youcan'tprotect Moreover, by spreading hate speech, you are making LGBT+'s and those living with HIV targets. In the days of the corona, the Directorate of Religious Affairs Administration should stop evaporating the right to life with discriminatory rhetoric."

CHP Spokesman Faik Öztrak made the following statement at today's (April 27) press conference upon receiving a questşon, "The faithful people have the right to express their beliefs. But while using that right, they must refrain from creating enemies, using hate language over someone's lifestyle.

The Ankara Branch of the Human Rights Association (IHD) filed a criminal complaint against Ali Erbaş, the Head of Religious Affairs Administration, after the khutbah of hate. IHD Ankara said, "To prevent hate crimes, discrimination, gender inequality is the duty of the state. We are filing criminal charges against Ali Erbaş, the Head of Religious Affairs Administration, who has clearly committed crimes, and we call on all the related institutions to do their duty to initiate an investigation while removing him from his post as Head of Religious Affairs Administration."
In addition to the IHD Ankara Branch, several human rights and non-governmental organizations have issued statements condemning the sermon of hate.
Statement from Healthcare and Social Workers’ Union (SES)

The Central Board of Healthcare and Social Workers Workers' Union (SES) reminded that Religious Affairs Administration's khutbah against LGBTI+'s and those living with HIV is discriminatory, and urged the Ministry of Health and the Science Board to make scientific statements against the khutbah.

Condemnations from the bar associations

The bar associations of Ankara, Diyarbakir, İstanbul, and İzmir condemned the hatred with separate statements. İzmir Bar Association Secretariat said, "We are condemning the chairperson of the Religious Affairs Administration because of his discriminatory and hateful speech". The Ankara Bar Association condemned Religious Affairs Administration's hate sermon targeting LGBTI+'s and those living with HIV,  saying, "The reason of our shock is because of this individual whom voice echoes from the darker ages has the courage to sit on top of a government institution and to issue a statement built on the so-called holy values to incite hatred and hostility among the people". Diyarbakir Bar Association said, "We will continue to defend life, despite all the hatred"; Istanbul Bar Association Human Rights Center also made a statement, "We are calling the public institutions to act, reminding the necessity and urgency of taking the necessary precautions against the high-level public institution representatives' hate speeches against LGBTI+ community, in accordance with the international human rights law."

While reactions that remind the Religious Affairs Administration about the basic human rights continue, a hate campaign began on Twitter on April 26, on the International Lesbian Visibility Day. As the #LezbiyenGörünürlükGünü (Lesbian Visibility Day) made into the TT list in Turkey,  #AliErbaşYanlızDeğildir (Ali Erbaş is not alone) campaign has been launched. After it was discovered that the word "Yalnız" had been misspelled, the campaign relaunched as #AliErbaşYalnızDeğildir. This hashtag stayed on the TT list for over a day. Hate speech targeting LGBTI+'s is spreading under the hashtag.

The President's Spokesman and Ministers also hopped into the hate train

The Presidential Spokesman and Chief Advisor İbrahim Kalın and some ministers also participated in the hate campaign. İbrahim Kalın, using the tag misspelled hashtag on his Twitter account, said, "Those who dare to defame the order of the of God who created the time and place are doomed to be defeated in this world and in the hereafter. Ali Erbaş, who put the divine truth into words, is not alone".

"We stand with our Religious Affairs Administration Chairperson Ali Erbaş, who reminds us of our religious values in order to protect our families and generations during Ramadan. Every attempt against our national and moral values shall be confronted by this nation. #AliErbaşIsNotAlone."

Parliamentary Human Rights Investigation Commission Spokesman, AKP's Van Deputy Osman Nuri Gülaç, said "The future of humanity is only possible through legitimate marriages. The search for a path other than that will lead to ugly and indecent ways. The LGBT lobbies command academia, politics, and media in many countries around the world, but we will not allow them on our own soıil. #AliErbasIsNotAlone".

Bar Association of Ankara is under investigation

As the hate campaign led by public officials continues, a signature campaign titled "Shut Down LGBT Associations" was launched on the change.org site. The campaign was removed because it violated the website's community rules.

#LGBTRightareHumanRights is 1st on Trending Topics in Turkey

Hate during the quarantine!

This is not the first campaign against LGBTI+'s, while the fight against COVID-19 continues. LGBTI+'s has been systematically targeted through rainbow drawings that children who cannot leave the house because of the coronavirus outbreak hang on their windows so as not to feel alone. This positive action that became a trend around the world was first caught up in the hateful gaze of Yeni Akit newspaper in Turkey, then school principals shared messages targeting LGBTI+'s in WhatsApp groups which were organized to continue online education, on the instruction of the National Education Principals.

In the early days of quarantine, a homophobic hate campaign titled "YallahHollandaya/Go to Nederlands" was launched on social media. Another hate campaign of quarantine days was #netflixadamol and #adamolnetflix(Man up Netflix). In the days when the vast majority of people were getting into quarantine in their homes, a hate campaign was launched on social media over an allegation that there would be a gay character in the Turkish series Love 101 on Netflix. Radio Television Supreme Board (RTÜK) Chairperson Ebubekir Şahin participated in this campaign, he said, "We warned them, we are watching them closely. We have redlines. We are determined not to give way to immorality" and targeted LGBTI+'s.