METU Pride Trial has been postponed: Pride cannot be banned!

The trial of academics and students who were detained with police violence in METU Pride March was postponed to 12 March 2020. 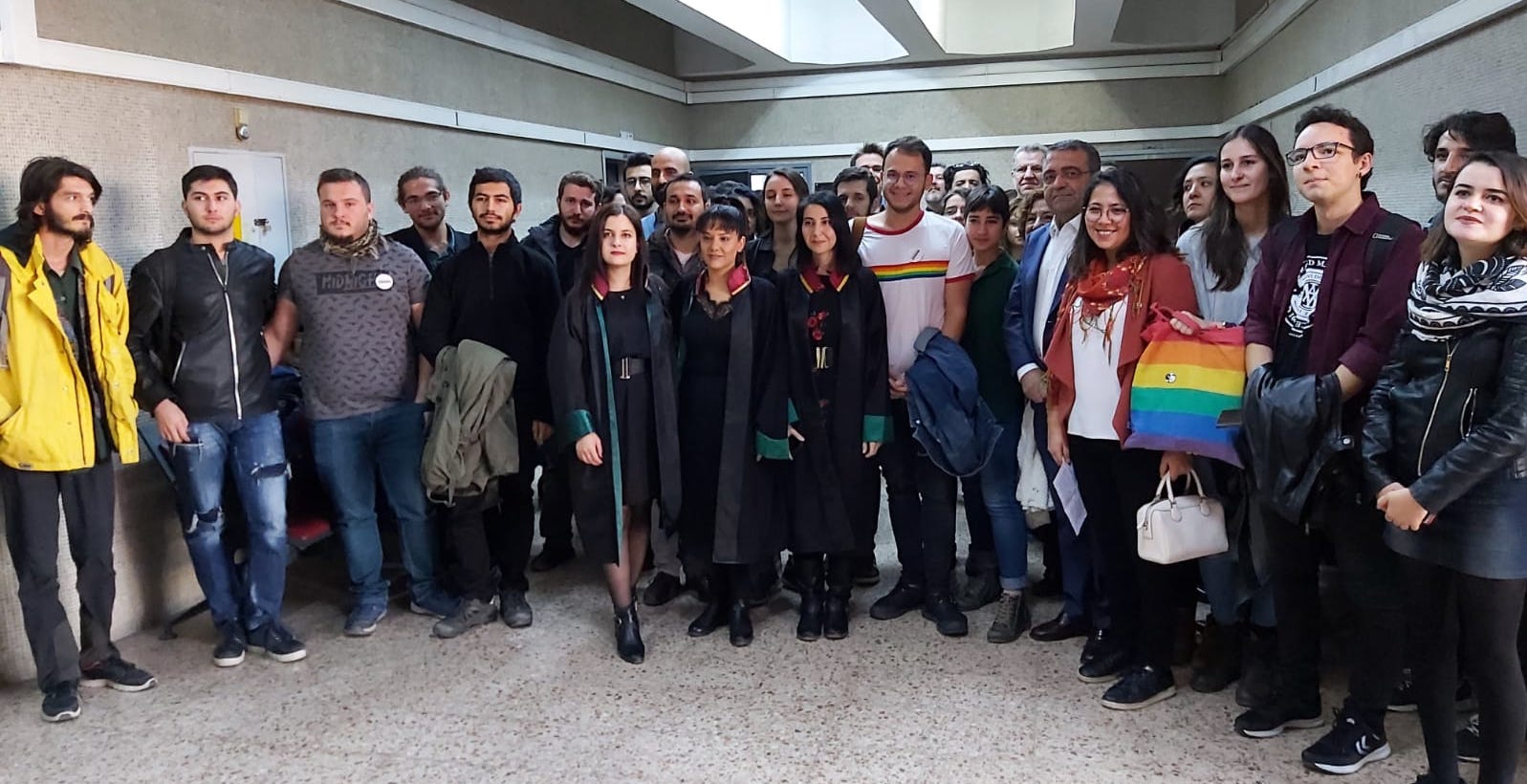 The first trial of the case opened against 18 students and one academic of Middle East Technical University (METU) on the grounds that they attended METU LGBTI+ Pride March on 10th of May has been held in Ankara 39th Criminal Court of First Instance.

METU LGBTI+ Solidarity wanted to make a press release in front of the Courthouse before the trial. However, police forces already waiting there did not allow the press release. When the chief officer threated people gathered there, MP Sezgin Tanrıkulu from CHP argued with the police. Police chief also threaten Tanrıkulu and shouted at him “I can do what I want”. In order to prevent any kind of tension before the trial, the group decided to enter the building in peace.

Trial started half an hour late. The courtroom’s capacity was not enough for the people who came to support METU LGBTI+ Solidarity and monitor the case, and many people could not fit in the room.

When the trial started, lawyers stated that the students were using their right to peaceful assembly and requested the extradition of the indictment and the acquittal of the accused before the merits. The request was refused. During the trial, plain-clothes policemen were removed from the court room after the lawyers’ request. Later, the students and the academic made their defense.

After the students’ defense, the lawyers got the floor.

“The ones whose rights were violated now face with trial, but there is no trial for the ones who violated the rights. This trial is discriminative itself. All the things happened during the detentions are torture. The police forces who made this torture has to be detected from the camera footages and we have to make a criminal complaint against them. What has happened on that day is not only restricting the right to peaceful assembly, but a direct target to LGBTI+ existence.”

The judges have ruled that whole file on banning the Pride March has to be requested from Ankara 7th Administrational Court and all camera footages of the incident has to be requested. The second trial has been postponed to 12th March 2020 at 9:00.