“Ministry of Justice must give information on LGBTI prison in Turkey!”

Turkey’s Center for Prison Studies has evaluated the LGBTI prison that has been added to agenda of TBMM as well. 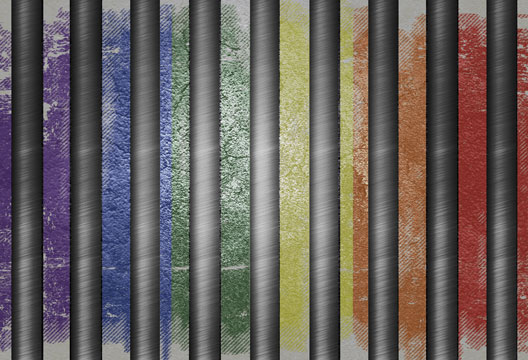 Demirbaş from Turkey's Center for Prison Studies (TCPS) has evaluated the LGBTI prison that has been added to agenda of TBMM as well: I hope Ministry of Justice will inform public opinion and civil society.

Upon applications for knowledge acquisition have been left unanswered and claims by the prisoners that “LGBTI prison will be opened in May,” NGO in Penal System (CİSST), Turkey's Center for Prison Studies published a press release.

Demirbaş: Our applications for knowledge acquisition are unanswered, prisoners are uneasy

Following the release, Hilal Başak Demirbaş from the Center said to KaosGL.org that they “have received a lot of letters from the prisoners asking about LGBTI prison and saying that “I am not open, I don’t want to go, what should I do?”” Saying that applications for knowledge acquisition in relation to the Ministry’s study have been left unanswered, Demirbaş continued:

“A prisoner who uses their open prison permit told us that this prison will be opened in a short time. They gave us some detailed information such as “A structure is being built in İzmir, the administration showed me round.” Wardenhad said that “It was supposed to be opened in January but we can’t open it due to technical difficulties.”

Then, letters began to arrive from different cities as well. Prisoners are quickly informed since they send letters to each other.

“No answer comes to our applications for knowledge acquisitions. With this press release, we are saying that we should get informed in the meantime. With the occasion of this release, we are hoping that Ministry of Justice will inform public opinion and civil society.”

Discussed at the meeting of TBMM Human Rights Comission

On the other hand, the claim of LGBTI prison have been discussed at the Human Rights Investigation Commission meeting of Grand National Assembly of Turkey (TBMM). According to the minutes of the meeting taken on 7 February 2018, Prison and Detention Houses General Manager Şaban Yılmaz said, “Sexual orientation… in terms of the convict and the detainee, we are trying to do it to the extent of different practices. For instance, let’s put them into the same rooms. As a matter of fact, we have already studies about if a prison in which most of them stay can exist or not.

Prisoners are asking about LGBTI prison

One of the prisoners who wrote a letter to the Center tells how they found out about the LGBTI prison as such:

“Institution attorney told about the prison that will be opened in İzmir that “there is such a study.” But I am from Antakya and my family is here. Even if such a prison is opened, I definitely do not want to go there. Also even if my family knows that I am gay, most people don’t and I do not want to be uncovered.”